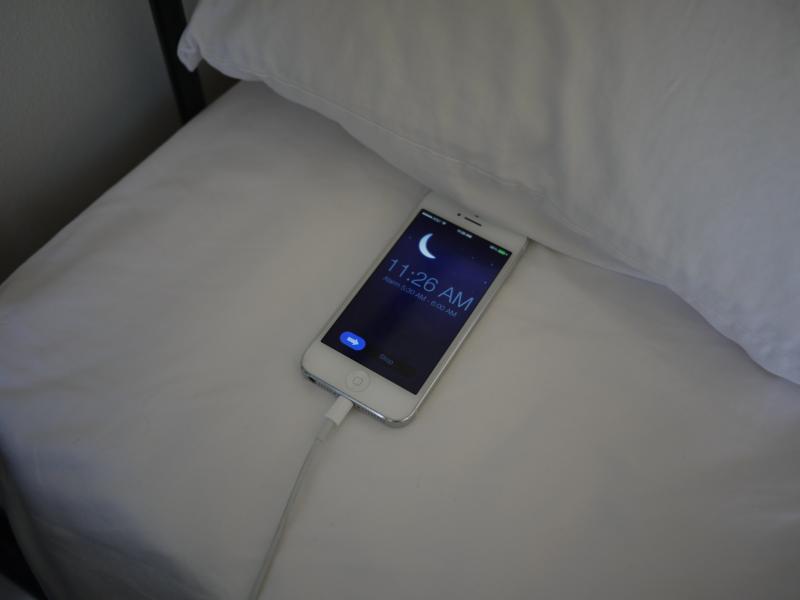 Yes, you do it all the time. Like myself! The first thing I look at when I wake up from sleep in the morning is my phone just next to my pillow. According to Ofcom, eight out of 10 of us keep our mobile phones on during the night while we sleep. We are all brothers in crime. Now new research suggests that this age-old behavior is such a terrible habit that you need to stop. Here’s why it’s a terrible thing to sleep with your phone next to you.

You could injur your body

Now it’s tempting to quickly shrug this off as a trivial matter. But when you wake up with slight pains around your neck or your lower ribs, you’ll come to appreciate why this isn’t trivial. When your smartphone lies just next to you, it’s solid metalic form might bruise over your delicate skin as you turn on your bed at night, as a result causing injury to your body.

That’s a fact. Constant Whatsapp, Twitter, Email and Facebook notifications will keep buzzing your phone all night, interrupting your sleeping pattern. Most of us can’t resist the temptation of attending to whatever it is that shows up on those circular or rectagular small and large illuminating screens besides us.

Sleep expert Dr Neil Stanley says: “In order to get a good night’s sleep, you have to feel safe and not worried about anything. By having your phone close by at night, you’re subconsciously saying you wish to attend to that phone. The brain will monitor the situation and your sleep will be lighter and more likely to be disturbed.”

Dr Neil is right. By having your smartphone next you, you are acknowldeging the importance of your device over everything else including sleep.

Phones pause a health risk or do they?

There’s been much talk about whether or not smartphones pause health risk. Now it is true that Cell phones emit radiofrequency energy, a form of non-ionizing electromagnetic radiation, which can be absorbed by tissues closest to where the phone is held. However, studies so far have not shown a consistent link between cell phone use and cancers of the brain, nerves, or other tissues of the head or neck according to the US National Cancer Institute.  However, children face higher health risks from cellphones since their scalps and skulls are thinner than adults according to WebMD, a reputable online health platform.

Keep the gadgets away, sleep is too awesome

So what should you do with your devices. Simply keep them in another room or turn your device to airplan mode. Sleep is too awesome to be sacrificed with your craving for devices. Having quality sleep enhances your memory performance and creative problem solving skills. Sleep improves on  muscle and cellular regeneration, cuts your risk for the common cold and other basic illnesses and will make you productive during the day among other benefits.