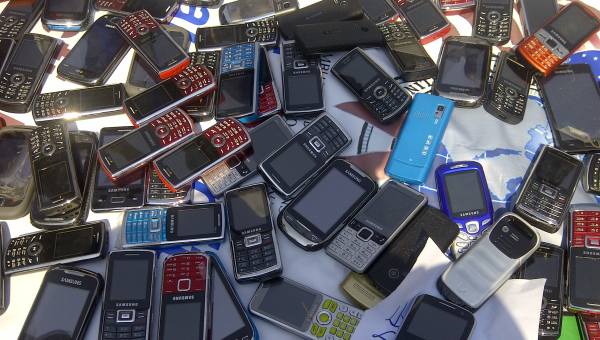 The Uganda Communication Commission (UCC) said in a media statement on Wednesday last week that it will soon make it technically impossible for counterfeit phones from being used on the country’s existing mobile telecommunications network as a measure for stopping their importation and checking their booming sales in the country. This comes a month after the Communications Commission of Kenya(CCK) directed telecom operators to switch off all sim-cards being used in counterfeit handsets on their networks.

This prompted wide-spread outrage and criticism of the Ugandan Commission from industry pundits for “copying” their neighbors and also not preparing mobile subscribers early enough for this development so that they could have avoid the inconveniences that will be caused or at least prepare for them.

I’ve been closely watching the influx of counterfeit mobile phones in Uganda and the impact they’ve caused in the industry. In an earlier post, I chronicled Nokia’s dilemma in the face of  cut-throat competition from not only major smart phone players around the globe, but also fake no-brand mobile phones that have since sliced its pie of the regional mobile handset market share to unprecedented proportions. I attributed this to mobile phone operators who are desperate for clients and therefore would put growing their subscriber base ahead of their customers having genuine handsets.

Then the Commission which has a notorious reputation of being a laggard when dealing with regulatory issues. And finally some mobile users who are price-sensitive but want to own phones that have advanced features.
It’s against this backdrop that I conclude that when the regulation is enforced and end-users have no option other than to buy genuine brands, and Nokia being the front-runner in the region, perhaps end-users(currently owning fake phones) will fall back to their former acquaintance.

As a developer myself, I know first hand how it’s a nightmare attempting to develop applications across handset that don’t conform to known standards. I’ve tried using in-built apps on some of these counterfeit phones like the browser. However, one will quickly notice how frustrating it can be to even set internet settings on the handset. Therefore, developers will find it a breeze to deploy their apps(in the corresponding app-stores) to their targeted users who will be owning genuine handsets running standard mobile operating systems like Symbian, Android, iOS, Blackberry or windows 8. This of course will translate to end-users using these apps for their daily lives and perhaps revenue for the developers.

Better user experience and safety for users
The ban of counterfeit mobile phones comes with obvious advantages  to the end-users which includes protecting mobile users from harmful (or not properly regulated) radiation that sub-standard handsets emit.
The cheap and low quality components used to manufacture fake phones and accessories are untested, uncertified and can be a safety hazard for users. The substandard components in fake phones often malfunction with the potential to injure users and damage property.The safety of fake phones cannot be verified or guaranteed unlike genuine ones that meet international standards.

The phones enter the country illegally and as a result the government does not get the necessary tax payments. Therefore checking on them leads to significant increase in government tax revenue. This (hopefully) will translate into better service delivery to citizens.

The question of price
The argument that re-known genuine brands sell pricey phones which some users may not afford doesn’t hold much water in relation to the advantages(listed above) that come with them owning genuine phones. But even if it’s a matter of cost, Nokia, Samsung have low-end phone models starting from as low as UGX 70,000 which is clearly affordable to the majority of people. After-all, before the influx of counterfeit phones (any one remember the  happy days of Nokia 1600), mobile subscribers used to own genuine phones(and they insisted on having them) because of their durability, impressive battery life and consistent user experience.

It remains to be seen, however,  how this new twist in the local mobile industry will turn out — more specifically how UCC will identify and switch off the “real” fake phones — as some counterfeit phones have Imeis copied from genuine phones. The commission must sensitize mobile subscribers of the advantages of its intentions as it has done with SIM card registration and further setup mechanisms where users can verify whether or not they own a genuine or counterfeit handsets before waking up to a rather unpleasant and an unceremonious blackout.

One thought on “UCC to switch off fake phones: Why it’s a big win for Nokia, developers and users”