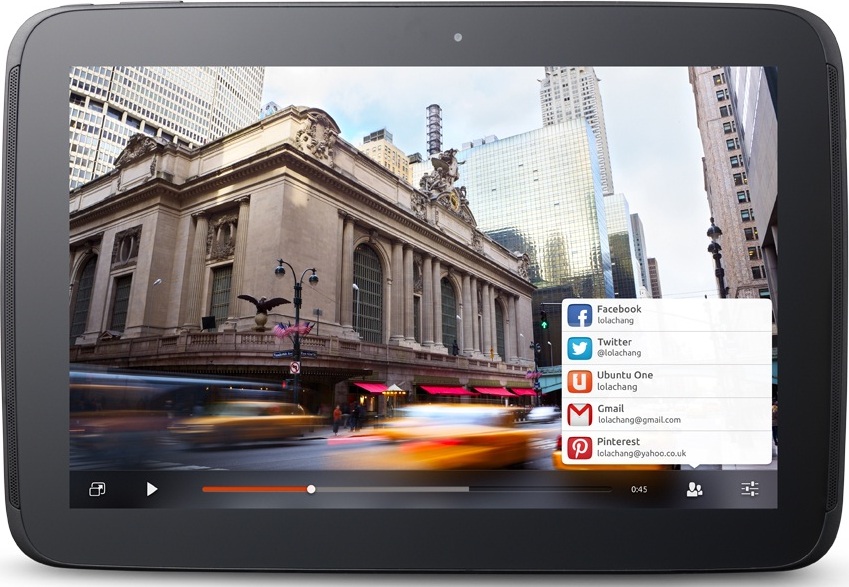 The long wait is finally over. At about 19:00 hrs EAT yesterday, Canonical which is the company behind the world’s most famous Linux distribution unveiled the Ubuntu version for tablet computers. The count down timer  pending its unveiling certainly kept many Ubuntu enthusiasts on the edge.  The newest member in the Ubuntu family is poised to “raise the bar on tablet design and set a new standard for the post-PC era”.

With the ability to run on different screen sizes and resolutions, its multitasking prowess allows users to run both phone and tablet apps on the same screen at the same time-something that is apparently unique to Ubuntu.

As already seen in the mobile phone version of Ubuntu, navigation is achieved by swiping; the left edge is for favorite apps, the right is the site stage, the top is for settings and system services while the bottom edge is for controlling applications.

Besides being able to dock Ubuntu phone to the tablet, users can add a key board and mouse to have a fully fledged computer. What’s even more, it can also be docked to the Ubuntu TV, which makes it an instant media center and gaming console. 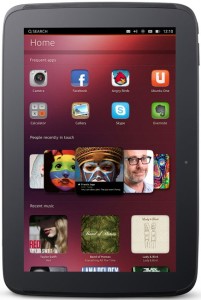 Target devices
Not much has yet been said about hardware specifications that will be required  to run this beauty. However, it should be able to run on low-end hardware with 6 inch to 20 inch displays according to Canonical. We also know that the developer preview will be able to  run on ASUS‘ Nexus 7 and Samsung‘s Nexus 10. I am predicting that Ubuntu’s entry into the mobile computing market is going to be a game changer, time will tell for certain!

More about Ubuntu for tablets will be announced at the World Mobile Congress in Barcelona, 25-28 February 2013.