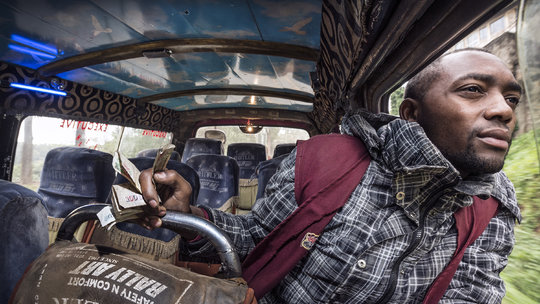 This week, on Monday, BebaPay’s support page announced that they were discontinuing the service come 15th March, about a month’s time to be precise.

BebaPay was an Equity Bank product powered by Google through its Near Field Communication (NFC) technology which enables commuters to simply tap their BebaPay cards on a card reader to pay, making it easier to transact with operators.

One of the partners, Equity Bank was quick to move its clients to Prepaid MasterCard, upon phasing out of BebaPay. Also, the government’s concerted efforts to have PSV operators shift from the use of cash for fare and adopt cash-lite systems has attracted other players into the market such as ‘MY1963’ developed by Tangaza Pesa and Safaricom and ‘Abiria Card’ which was lauched by KCB which are in active use in Nairobi. Reports also indicate that Equity Bank has decided to venture solely and launch its own card for the PSV industry.

@mistersitati @prepaid_africa @oquidave @tommakau Value Addition is derived from using it in the first place. There is Okoa for 1963 card.

According to Niti Bhan, an emerging markets’ consultant, from a service design perspective, it was only until time that BebaPay faced the music.

Here, the people who are going to be using this service on a daily basis are not necessarily the stakeholders involved in the design, implementation and launch of this new cashless payment system. Matatus are operated by drivers and conductors, not the owners themselves. They, together with the commuters, are the end-users. Call them the wananchi, as they do in Kenya.

From the commuter’s perspective

Cash in your pocket is the most flexible payment mechanism when managing daily expenses. A prepaid card, such as BebaPay, locks in your cash, particularly if it’s only usable for one type of purchase. For example, you might need to purchase milk and bread on the way and make a decision trading off your matatu fare for food, choosing to walk home instead.

At the moment, prepaid payment cards have not yet scaled beyond the transport sector, so if you have 200 shillings in your Bebapay card, it becomes an inflexible tool without options for alternatives. How likely are you to lock in extra cash when you’re accustomed to the flexibility required to manage expenses, especially if you too are employed in the informal economy? And how convenient is it to top up your card at the nearest Equity Agent as opposed to jumping on the nearest bus with cash in hand?

From the operators’ perspective

Where the operators of the matatus were accustomed to managing with a fluctuating yet constant flow of daily cash in hand, with all the habits of household expense management and purchasing patterns consistent with that volatility, were suddenly expected to accustom themselves overnight to a monthly budget. Was any financial education offered to them to ease this sudden change? It’s not clear if they received sufficient salaries to cope with their expenses.

For Google, this is how the story goes.

Several pain points are put into perspective. Permutations and deductions are made. The Whys are splattered all over the whiteboard. Designers and developers look past the present incarnation and into the future to understand the future. It looks enticing, and bright. Sweet.

Moore’s law is applied. The law that summates the exponential increase in computation power of computers every 18 months or so. This implies that cost of gadgets and related technology falls in equal measure.

But the end of the day, the wind blows away all the whys, all the deductions.

What’s left—the only thing that matters—is whether what’s built is good for the people it was intended for.

Arguably, Google is unapologetic for its notoriety in killing its own products—products that don’t gain traction or those that are killed in strategic favour of others.

For BebaPay, it was failure to gain traction. The dispiriting two-year period of operation was dismal. It was characterized by mudslinging from end users—the taxi drivers, conductors, touts and passengers—who accused the top dogs, Google, Equity bank and the regulating authorities, for subjugating them into formalized processes that needed enough time to be adopted.

For the product manager responsible for writing postmortem reports for Google’s ailing in Africa; it’ll be rhetoric, where Google’s fingers have been burned for failure to put fundamental variables, such as the financial ways of the informal economy, in context.

The eulogy for BebaPay, undeniably mentions two other products which have been sent 6ft deep into the earth.

In November 2013, Google discontinued its hyperlocal buy & sell platform, known as Google Trader which was operational in Ghana and Uganda.

*In Nairobi, more than 1.5 million people commute by public means. Anyone who thinks that a terrible transport system is only a tale of the epic-center of East Africa might want to check outside their window. Let a valuable lesson be learnt*

3 thoughts on “Here is why Google’s BebaPay was killed”