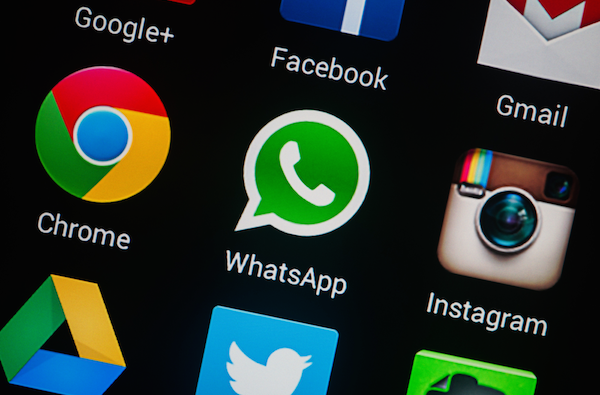 UPDATE: As Microsoft will drop support for Windows 10 Mobile in December of this year, the popular WhatsApp messaging app will also stop working on Windows phones after December 31, 2019

For continuous updates on which phones WhatsApp supports, check out the official Support Blog.

Now we know WhatsApp is almost the number one killer App on phones — feature or smart — right now. Most users will reject a phone if it doesn’t support their favorite messaging App. Why? Because Whatsapp is a handsome, cheap replacement of the good old SMS service.

So, how do you know if your phone supports WhatsApp?

It’s simple. WhatsApp supports any phones that run the following mobile operating systems; Android, iOS, BlackBerry, Nokia S40, Nokia S60, Windows Phone and BlackBerry 10 according to their website. As you can tell, the company has made a deliberate effort to ensure it covers almost 80% of the phones in the market.

So lets look at each operating system

Android is by far the most popular smartphone operating system in the market taking a market share of up 81%. It’s the Windows of Mobile. The operating system runs on Samsung, HTC, Tecno, Huawei, ZTE, Sony, LG, Infinix, Innjoo, and more phone brands. Therefore its more likely that any smartphone from these brands runs WhatsApp.

However, Your Android device must meet these minimum requirements:

Luckily, the latest Android devices are running Ice Scream Sandwitch or Jellybean and are can SMS or call.

iOS is the operating system that runs Apple’s portable devices such as the iPhone, iPad and the iPod. Whatsapp does not support the iPad and iPod perhaps because they don’t support the calling and SMS functionality. But it does support the iPhone as long as it runs iOS 4.3 or later. That’s iPhone 3GS, iPhone 4, iPhone 4S,iPhone 5C, iPhone 5S, iPhone 6 and iPhone 6 Plus.

Those of you who like jailbreaking your iDevices, Whatsapp can run on them, but isn’t officially supported on jail broken iThings.

If you’ve a Blackberry, you will probably use WhatsApp more than Blackberries Messaging service itself. WhatsApp supports Blackberry OS 4.6, OS 4.7, OS 5, OS 6, OS 7 and 10. Just head over Blackberry World and download the App.

If you’ve a phone running Blackberry 10, you’ll need 10.0.10.82 or later, otherwise known as BB OS Version 10.0.10.648, for your BlackBerry device. Then don’t forget that WhatsApp works with a functioning data plan, so make sure you are subscribed to BlackBerry Internet Service data plan from your network.

WhatsApp has done really impressive work with porting its application across various platforms. Remember that the app works with a data connection, so make sure that you are always subscribed to a data plan to enjoy the service.

One thought on “Does your phone support WhatsApp? Here’s how you can find out.”