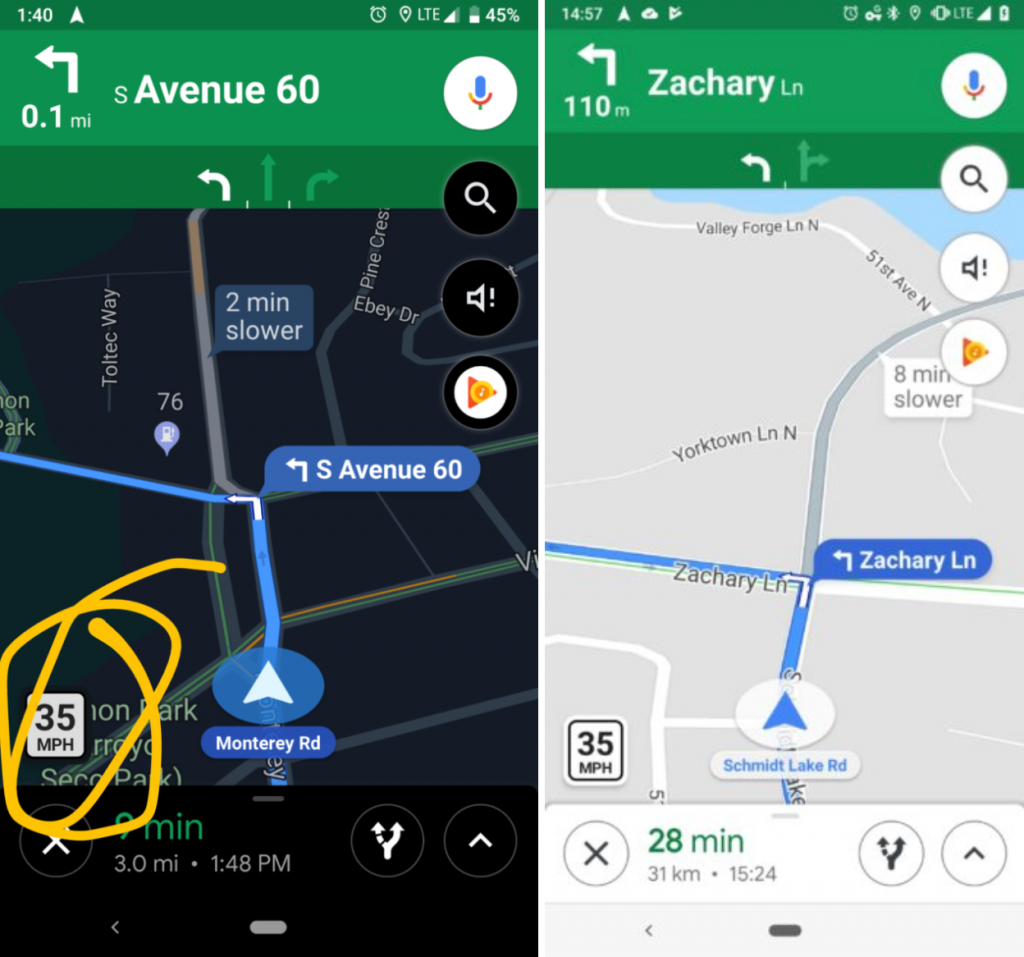 I must say that this feature is long overdue considering other Maps have had it all this while. It is somehow surprising that it took this long considering it already acquired Waze which was popular for the features some years back. Garmin does offer the feature and it has been around for years even. Anyways, the feature have started rolling out in some regions. So it might just get to your region soon enough if its not there.

Already available in Rio de Janeiro and the San Francisco Bay Area for some time now, the feature is now spreading to other part of the USA. Other countries like India, Mexico, Denmark, Indonesia, Canada, UK, Russia and Australia. Other regions will likely receive the feature with time considering the update is being released one location after the other. You might want to have some patience if it’s not yet in your region.

Learn: How to let your friends know exactly where you are using Whatsapp, Telegram and Google Maps

The specific speed limit of the particular road you are on will be shown beside it in a white box on the map. You’ve also got a speed trap indicator on the map which is an orange icon (speed camera) pointing to the place. This feature is available on both iOS and Android platform and i sure to be quite a useful tool which has been long awaited.