Smart Telecom Uganda doubling down on the love its been giving its customers. The Telecom which we called “the new Warid of data services in Uganda” when they launched is revising its pricing strategy.

The Mobile Telecom giant today announced on its Twitter handle its slicing on data bundles of its services for the same price. Here’s a quick snapshot of what was and what is now.

Relative to other players in the market, Smart Telecom still remains the cheapest mobile data provider. Lets see how the Telecom stacks up against MTN, Africell, Vodafone, Airtel and Ugandan Telecom

Smart Telecom seems to be responding to competition from Vodafone which recently released the cheapest unlimited data plans in the market. The Mobile Telecom also released a feature smartphone dubbed Kyali that should boost mobile data usage among the low-end market segment.

As we usually disclaim, price alone is by no means a way to select a service provider that’s best for you. There are other factors like coverage, reliability, customer care and the big one Speeds.

An independent review by local Tech website Techjaja showed how mobile networks stack up against each other. The speed tests place Smart Telecom 22 slower than MTN and Africell Uganda on 3G which isn’t at all good for the provider. 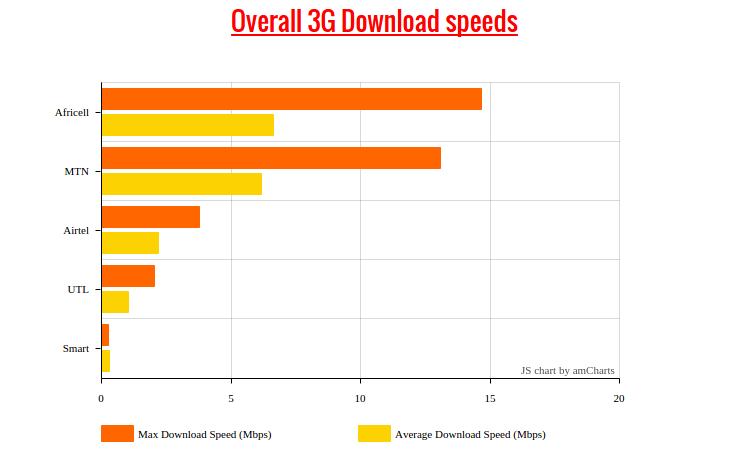 So, there’s always a compromise on Price vs Speeds. It’s totally up to you to decide which one is more of priority.

2 thoughts on “Party is Over! Smart Telecom Uganda just halved your Internet data bundles for the same price”