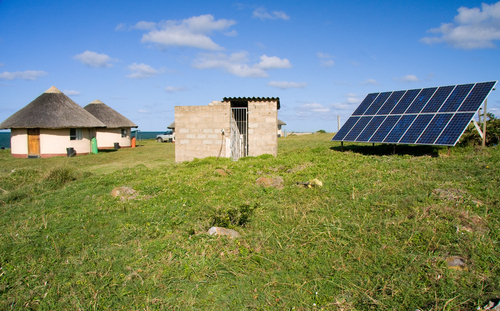 Once every year at the end of December, I travel upcountry for Holidays. That journey is usually like a slap on my face because I collide head-on with the most harsh realities that people in the rural areas have to put up with. The lack of good roads, running water, hospitals and most importantly energy. The development of infrastructure in the rural areas is not much of a priority to both government and the private sector which is absurd. I’ve heard of programs such as Uganda  rural electrification, rural communication fund by Uganda Communication Commission, but none of those have yielded tangible results so far.

Energy is survival
However, energy is an urgent need and its something that you simply can’t ignore because everything requires and runs on energy. Your body, Your car, your TV set, your phone, your flat iron, hospitals.
In the rural areas people need energy to cook food, for lighting at night, to charge their phone and to listen to Radio. Right now people use firewood or charcoal for cooking and all the trees are gone. People use paraffin or kerosene for lighting and with the ever soaring fuel prices, this is becoming un affordable for the rural dwellers. Then people use dry cells for their radios.
But all these sources of energy are either inefficient or have harmful effects to the environment Like firewood.

How about UMEME?
With only 10% of Ugandans connected to the grid majorly in urban centres, it’s very unlikely that this figure will grow significantly because  UMEME(and all the supply chain involved)–the power distribution company still can’t supply enough power for even the 10% alone! Instead I continuously hear of increasing power tariffs and load shedding by UMEME to meet the costs of distribution and make descent profits. Now if this is so in the urban areas, how about the rural areas?

More so unlike the Telecoms that have the advantage that voice messages can be transmitted wirelessly using radio frequency waves over long distances, electricity can’t be transmitted that way(wirelessly). Instead you need physical good electrical conductors togather without power systems gear like transformers, transmission towers/poles to distribute power. UMEME will have to invest significantly to bring power to every home stead in the rural areas. Given the line loses – power loses incurred during transmission, line and power theft, initial cost of investment,  UMEME simply can’t see its Return On Investment especially for clients whose energy consumption rate is really low.

Which means we’ve to stop wishful thinking and look to something else
On the contrary, solar doesn’t require a central service provider(UMEME) like grid power except God!
Like individual  mobile phones tapping wireless signals from a cell tower, solar panels installed on each home stead [wirelessly] tap solar energy from the sun. No EHT(Extra High Tension) lines, transformers, generators,  substations required. Plus no monthly bills and untimely disconnections.

That sounds really good
Yes but this is just the beginning. In the past the initial costs of buying a solar system were extremely high starting at atleast UGX 1.5M(~$700), but these have changed thanks to Chinese products. Now a basic fully fledged system goes for about UGX 250,000(~$120) by ASE which is equipped with a 12W panel, 10Ah 12V battery with itss inbuilt regulator enables you to charge phones and have about 4-6 hours of lighting on full charge.
The lamps are even cheaper like that one pictured which goes for about Shs 60,000(~$25) and can also charge at least a phone.

Village2.0
But more than meeting energy needs of homes at micro level, we should now begin thinking of clinics, schools, libraries, churches, irrigation systems whose energy needs are built around a solar infrastructure. This will eventually solve a lot of big  problems. Now women and little girls won’t be vulnerable to wild animals, rapists while fetching firewood in the bushes/forests,  on a bigger and long term scale, climate change will be mitigated. Local herbs and ecosystems associated with forests/bushes will be conserved.  Kids will study at night and favorably compete with their urban counterparts because there’s lighting. People will frequently communicate which increases call volumes and use cool farming apps  because they can charge their phones. Clinics will serve people because they’ve energy to maintain certain vaccines at certain temperatures or sterilize medical instruments. Overall agricultural production will increase thanks to solar powered pumping systems.
This is what i would collectively call or baptize  village 2.0.

What does it take to achieve Village 2.0?
This village 2.0 vision will require collective effort from Solar vendors,  entrepreneurs to develop and sell these products, people in the rural area to buy them, local leaders and social workers to sensitize people on the benefits, government to introduce subsidies on solar products and formulate favorable policies.
There are notable people already taking long strides down this road like solar sisters,  DlightDesign (these guys are remarkable), ASE, firefly and more coming. Eventually we should all see energized, beautiful, well lite African villages in the next 20 years.

3 thoughts on “Village 2.0: How solar Energy could transform Lives in African Villages”