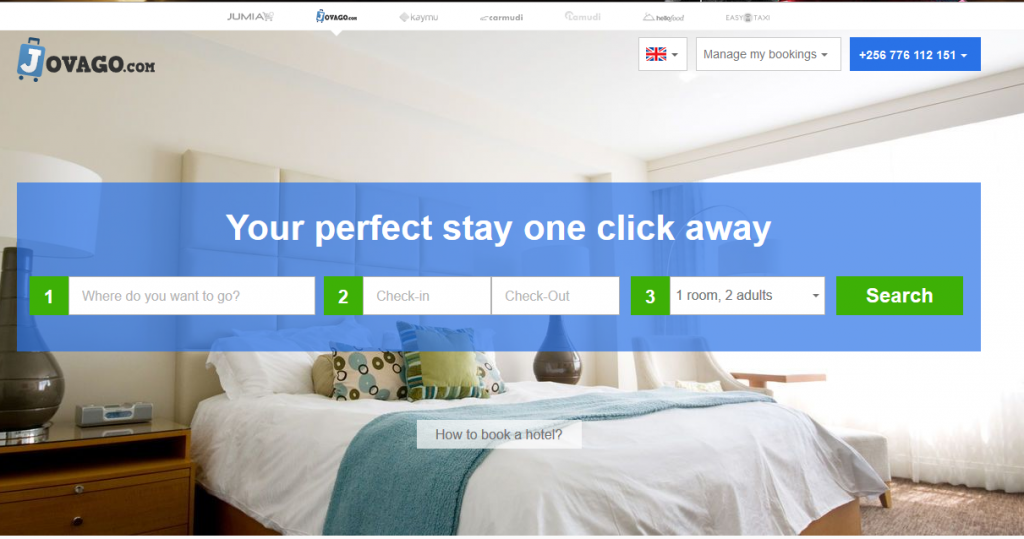 Hotel booking portal Jovago is set to officially launch in Dar-es-salaam. According to TechMoran, Jovago already had operations and presence in Tanzania for a while but has now decided to launch in a move to establish itself as the premium Hotel booking site in the country.

Jovago calls itself Africa’s N0.1 hotel booking website, allowing you to get the best prices for more than 20,000 hotels in Africa, 2,000 hotels in Pakistan and more than 200,000 hotels around the world. They currently have over 400 Ugandan hotels listed and still counting.

We have reliable information that they will soon be launching in Uganda to extend their services to the pearl of Africa. They will be joining Pearl Guide, Guide to Uganda, Hotel Links among other players in the tourism and hotel Industry.

Jovago is part of the Africa Internet Group that has Rocket Internet, MTN and Millicom. Under the group are Jovago, Jumia, Kaymu, Lamudi, Carmudi, Hellofood and Easy Taxi.