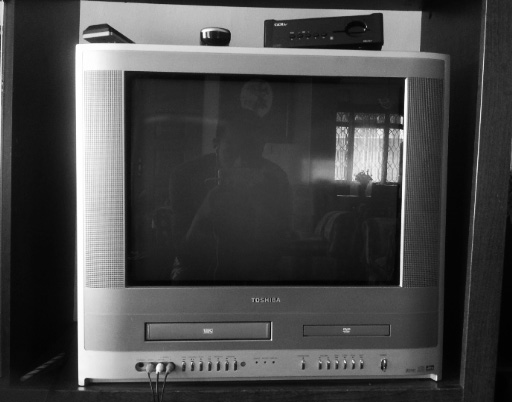 Its been a question that has been troubling me for a while now. Does Uganda really need to migrate to digital?

As I bought something from the kiosk, I happen to come across an elderly gentleman possibly in his fifties who was quit engaged watching the 10 o’clock news (Agataliko Fufu) off his Chinese phone. At the time, simcard registration was something the Uganda Communication Commission was pressuring telecom companies to wrap up with or otherwise their customers faced imminent disconnection. On top of that, Chinese phones had been rumored to be banned off the network grids in an effort to fight counterfeit phones.

The sim card registration seemed to have been successful with companies reporting good percentages of their customers as having registered but we are not out of the woods just yet as UCC plans to roll out digital migration in the coming few weeks. If their television ads are anything to go by, the TV set in my parents house is going to go offline because it is analog. as is most TV boxes in Uganda.

For a regular Joe, such as myself, who barely even watches television, I do not quit understand what the whole fuss of switching to digital is. So as I wrote this, I searched on the UCC website for an explanation which read;

“Digital migration will bring about more efficient use of available radio spectrum for broadcasting and the associated benefits to the broadcasting sector like provision of more services, better quality picture and sound.”

Honestly, I am not convinced. I can understand the technical motivation for doing so however what I do not understand is why this has to be compulsory. I mean, it really should be like Yaka, which a customer has a right to refuse, even though its arguably more beneficial, a capitalistic market should thrive on choice. And instead of levying the price of access to media to the consumer who now has to by a free to air box or pay-tv decoder, I would much rather the price was first levied on the television stations whose content should switch to HD first because it defeats the purpose to switch to digital broadcasting yet the television stations are still shooting their content in below HD standard.

Apart from increasing the content to HD, I would also suggest that the stations are encouraged to somehow improve their content. Come on, lets not kid ourselves. When you compare our content on TV verses say Kenya or South Africa, Bukedde and Record TV still have a long way to go which means it is not justifiable to make consumers pay more for a lower quality product, so even with all the lingo being thrown around about digital migration, I do not see one single minded proposition that would get me excited about the move.

For what it is worth, I would prefer if the budget for digital migration was given to a sector that actually improves peoples lives like education and healthcare. Television and radio are a luxury compared to a good education. At this point we have to ask ourselves what kind of generation we want to foster and I would imagine that access to internet should be encouraged more than access to mindless entertainment like television.

I also have a feeling that we might not hit the deadline either and if we do, many Ugandans will go offline. TV box numbers are already low compared to radio and if access to it increases by 60,000 (cost of a free to air box), then it is likely that a number of people might altogether forego television, at least for a while which in the long run is counter intuitive to UCC’s main mission which is to promote access to information.

Clearly in this instance, a digital migration might have more lash backs than benefits.

One thought on “Does Uganda really need digital migration?”