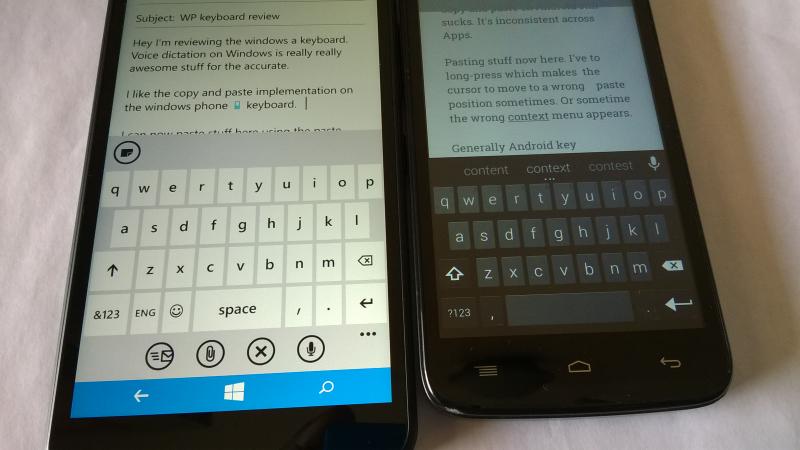 Android and Windows Phone(WP) both have great keyboards no doubt. Having just a QWERTY keyboard isn’t enough anymore as Blackberry would want us to believe. Touchscreen keyboards must be smart, intuitive and support various languages across the globe. Android has several keyboards, but for the purposes of this review, I used the Google keyboard.

We have been playing with WP and Android keyboards on the Infinix Hot and Lumia 640XL for a while and here’s what we make of them.

One of things you will frequently use while typing away your text messages or emails is punctuation. Specifically you’ll always want to easily access a “period” or “a dot” — the “.” — or a “comma” — the “,”.

Android has a comma on the left and a period on the right. Which makes it very convenient to access the most used punctuation symbols. 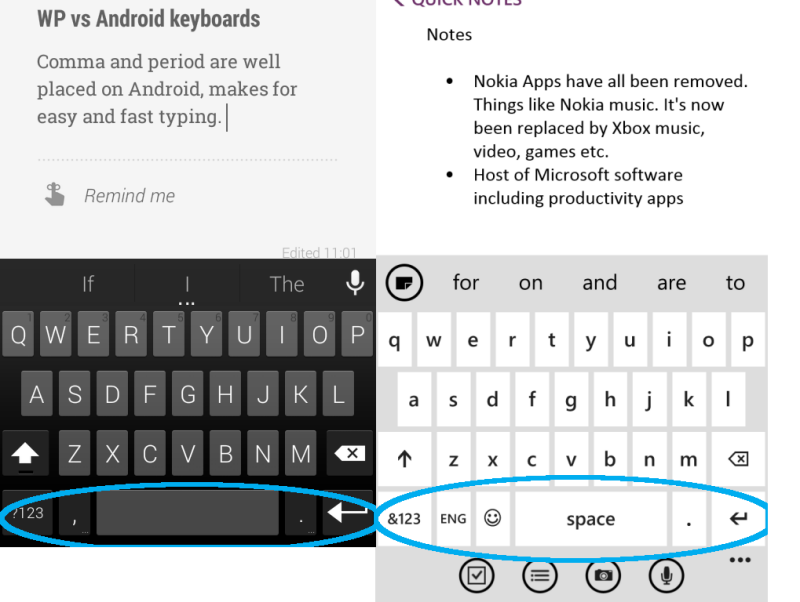 WP on the other hand have instead opted to go with emojis or keyboard language option in the place of the much needed comma on the left, and period on the right. If you need a comma, you either need to long-press the period or go to settings where you can make the comma to appear right next to the period.

Now sometimes you just don’t want to type text. You want to use your natural voice to communicate. Unfortunately computers up until now understand text. But they are becoming more intelligent.

On Windows Phone Keyboard, Voice dictation is not a universal feature. It’s supported by a few Apps such as Onenote, email (outlook) among others. This is kind of limiting. However, we are really really impressed with Voice dictation on Windows Phone. It’s at least 80% accurate most of the times. 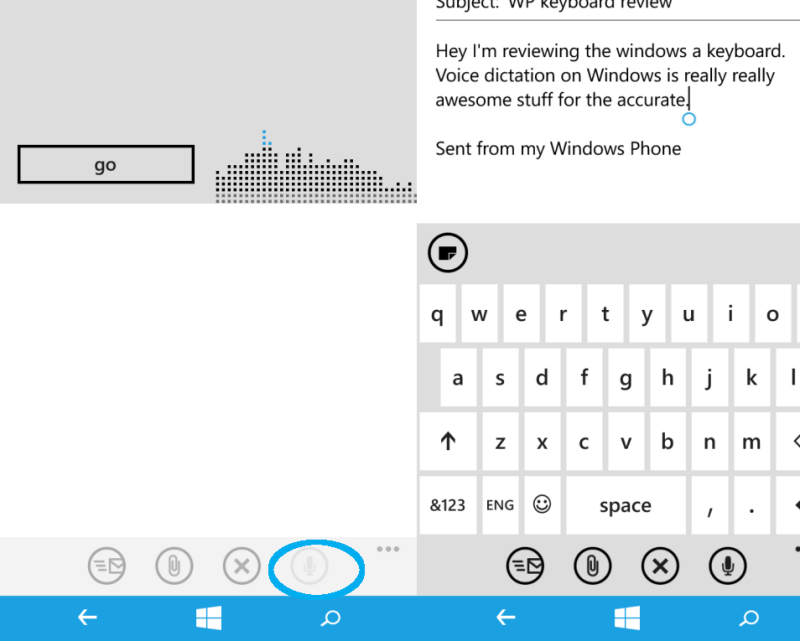 On Android, the voice feature is available universally across all apps. The voice icon appears either on the bottom left or top right corner of your Android Keyboard making dictating notes or text easy. Now Voice dictation is actually accurate on Android as well. Unlike WP which waits for you to finish, Android types the words as you speak. 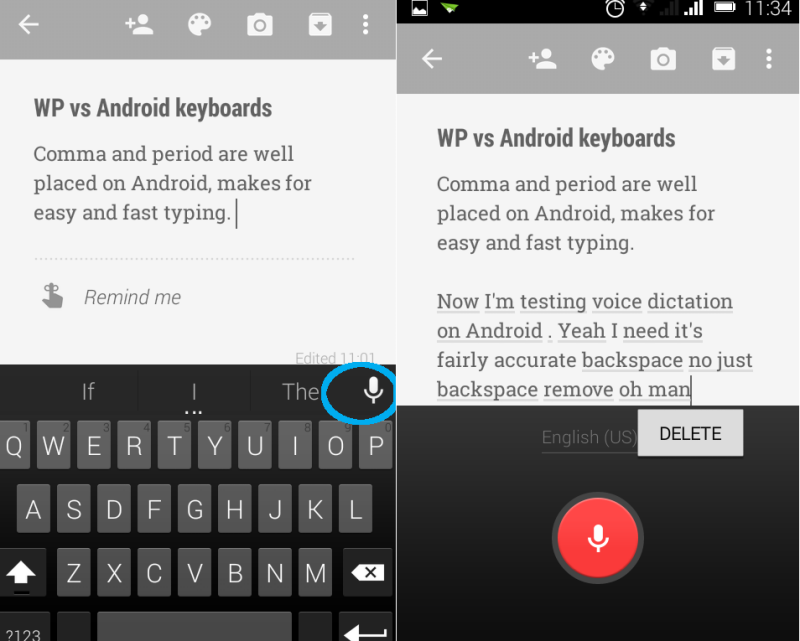 Both Android and Windows Phone keyboards have auto-correct and auto-completion or auto-suggest we all have come to like and hate. Both come with in-built swype-like typing out of the box. 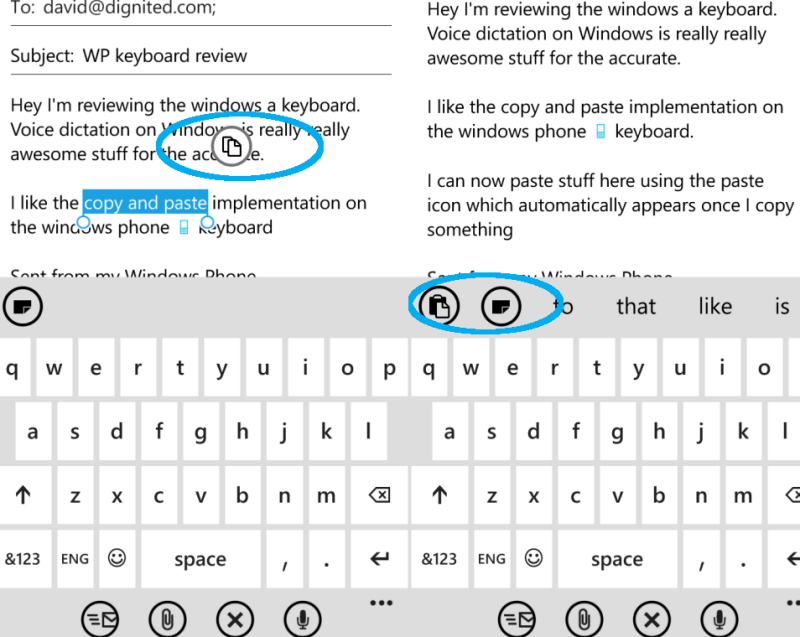 However, the Windows phone keyboard is way more intuitive and easy to use. It has the best implementation of cut, copy and paste that’s similar to iOS devices. It’s easy and intuitive to add words to your own dictionary. It’s auto-suggest is almost magical. 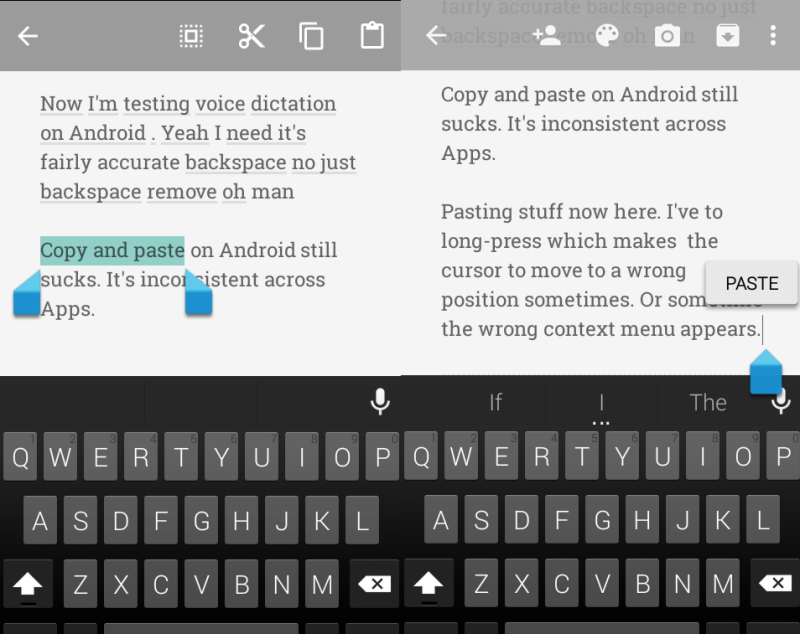 Copy and paste on Android is a pain. It’s inconsistent across Apps. But Android beats WP on the placement of the Voice dictation icon which is universal across Apps and the positioning of punctuation symbols. Otherwise WP has a better implementation of cut, copy and paste and its voice dictation is a lot more accurate than Android’s. 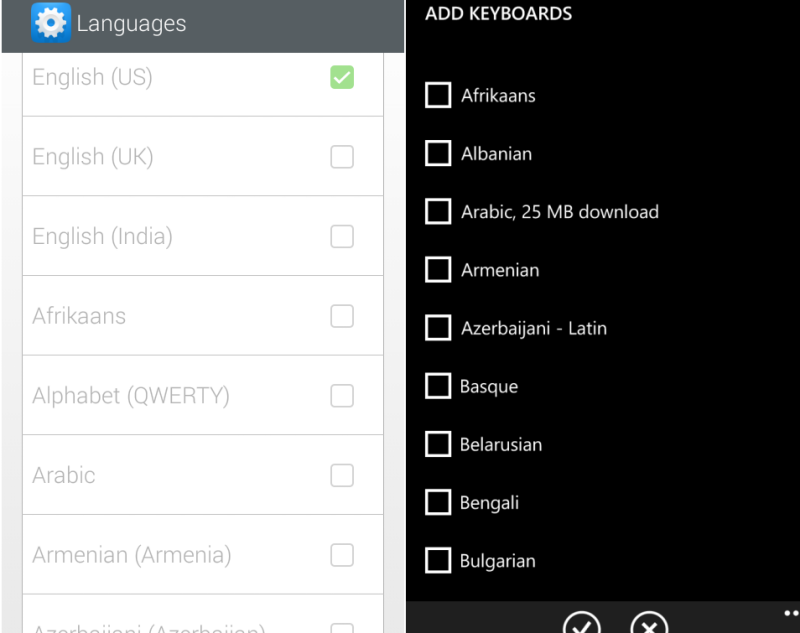 Both have great language support with languages/Alphabet such as Afrikaans, Chinese, French, Italian, Japanese, Portuguese, Thai, Turkish, Spanish, Vietnamese, Swahili, Arabic. Only Afrikaans and Swahilli are the only African languages supported by both keyboards.

Both support custom dictionaries. So is there’s a word that’s not recognized in the English dictionary, you can easily add it.

So there  you have it; a break down of Windows Phone vs Android keyboards. Again, we can’t emphasize enough that both are generally great keyboards. However, we generally find the WP keyboard more intelligent and intuitive to use than Android keyboard. Do you agree? Let us know in the comments below.

3 thoughts on “Android vs Windows Phone Keyboard: Which one is simpler and smarter?”