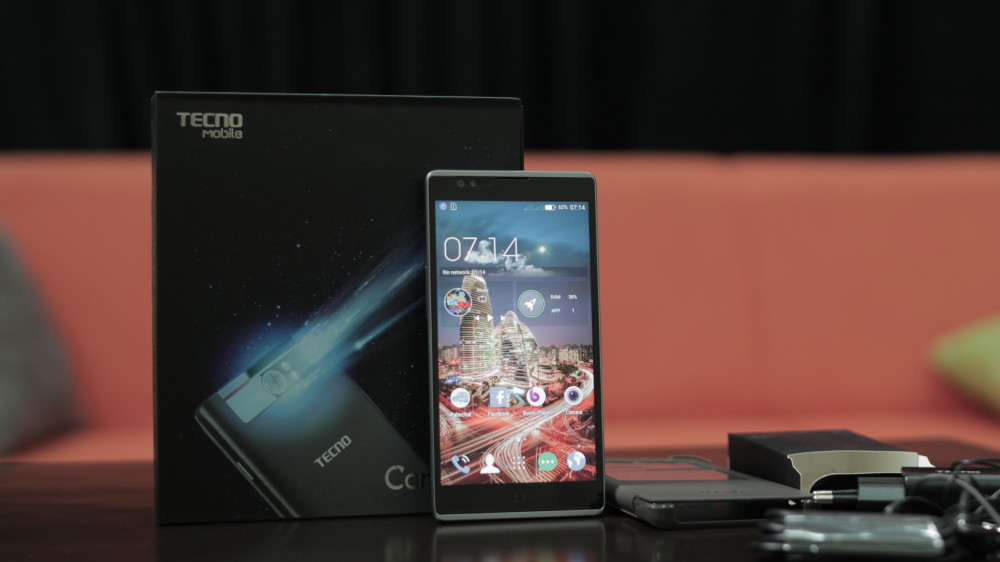 After what seems to be a successful launch of the much hyped Tecno Boom – Tecno’s first music smartphone? Tecno followed this up with their first Camera smartphone.

Instead of releasing so many phones that don’t have any differentiating factor, they are adopting a strategy aimed at segmenting the market and concentrating on devices that address the specific needs of the market. The Tecno Camon C8 has been concurrently released with the C5 which is Tecno’s first 4G phone.

Other than touting it as a Camera phone, It’s unfortunate that Tecno hasn’t given us all the details about what makes the C8 camera spectacular

We cannot verify all these specs, but according to Techlector a Nigerian tech blog, The Tecno Camon C8 is an 8.8mm 3G dual SIM device featuring a 5.5′ HD display with a 267 ppi pixel density. The C8 sports a 1.3 Ghz quadcore MediaTek processor, 1GB of RAM and 16GB memory expandable via micro SD to 32GB.

To seal it all, the Camon C8 run Android 5.0 Lollipop. We would however expect any device released to run the latest version of the OS which is currently Android Lollipop 5.1.1. This is particularly important since Tecno has been very bad at pushing OTA (Over The Air) updates and with Android 6.0 Mashmallow coming, one would be stuck with 5.0 when they could have gotten 6.0.

Announced in July 2015, the device will be available by August. We cannot confirm what the price in Uganda will be but it’s anticipated that the Tecno Camon C8 will go for the price of between N20,000 – N28,000 which is about Ugx 360,000 – Ugx 500,000. In Uganda we confirmed that the phone will be available with Banana Phone World and Jumia. We also expect carriers like MTN and Airtel to come on board.

We have confirmed the price of the  Tecno Camon C8 in Uganda.
Banana Phone World – Ugx 450,000