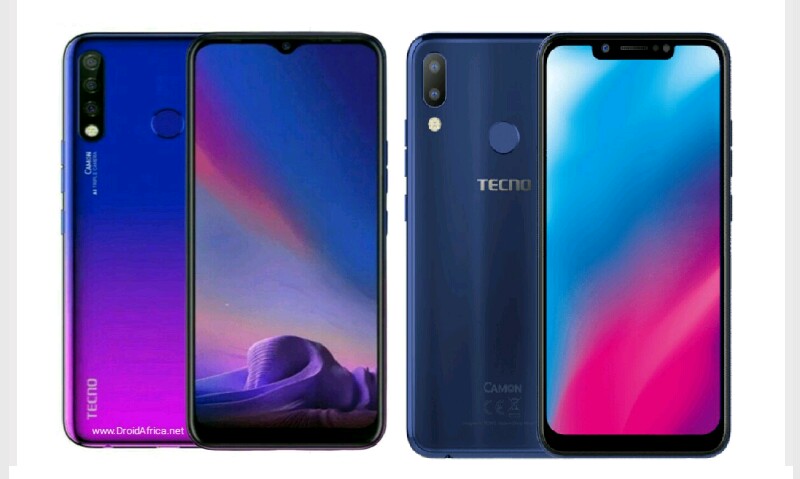 Tecno Camon 12 is the latest phone in the Camon series which is well known for a good camera and shooting functions. Camon 12 has received lots of positive reviews, even from us. We reviewed the Camon 12 and wrote about it in detail. We also did the same for the Camon 11. Here, we look at the Camon 12 Vs Camon 11.

This article is meant to show you the difference between the Camon 11 and the Camon 12 to know the changes Tecno brought to the Camon 12. Let’s dive into it.

The body of the Camon 12 comes in 166 x 75.8 x 8.2 mm dimension and weighs 170.7 grames. It has a waterdrop notch at the top of the display that also houses the front camera. The back has a triple camera setup with a quad flash. The power button and volume rocker keys are located on the right side of the phone while the SIM and SD card tray are located on the left. The bottom of the phone has a speaker, microphone, 3.5mm headphone jack, and a USB 2.0 charging port.

The Camon 11, on the other hand, comes in 156.5 x 76 x 5.6 mm dimension and weighs 150 grames. The volume rocker and power button are on the right side of the phone while the Dual SIM card and microSD card tray is on the left. The bottom edge has a speaker, micro USB port, microphone and the 3.5 mm headphone jack.

Camon 12 has a triple back camera set up with 16 MP primary camera, 8 MP – wide-angle, 2 MP – depth sensor and uses a quad-LED flash with modes such as panorama and HDR. It has a single 16MP selfie camera with a double flash with HDR mode. The cameras shoot videos in [email protected]

The Camon 11, on the other hand, has a double back camera set-up with 13 MP primary camera and 2 MP – depth sensor. It has a single 16MP selfie camera and a single flash. The cameras shoot videos in [email protected]

Have you used any or both devices? Tell us what you think about them in the comments section below.