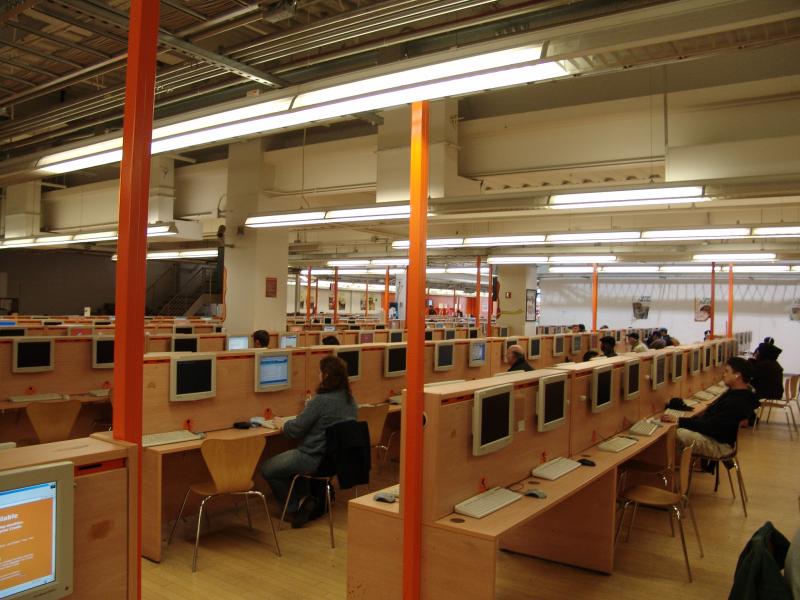 In the past two decades or so, internet cafes and Telecentres have been at the epicenter of accessing ICT services in Africa — especially here in Uganda. Internet cafes have for so long been the only places that users can access their emails, for some write documents, scan photos and documents, photocopy and other related secretarial services.

This was majorly because of the high costs of internet access that was way beyond what the average Ugandan could afford. A basic dial-up internet connection(that is 64Kbps) used to cost between 90,000 to 120,000 UG Shs which is between $44-$58 from either UTL or INFOCOM  and even at that cost, internet reliability was not guaranteed.

However, these costs were affordable to a cafe owner since the cost was shared among visiting clients. A typical internet cafe in town charges at least 25 UG Shs per minute and 500 UG Shs which is only 20 minutes of browsing. With this, a client could at least check their email, compose or reply and probably visit the New Vision, a newspaper website to take a glimpse of the headlines.
Also in the last two decades or so, computers were still not affordable devices to most Ugandans yet computers are the major devices that people use to read their emails and browser the internet. Internet cafes could afford basic Intel Pentium III or atmost Pentium IV computers since they could do the purpose of browsing the internet.

However, all this has drastically changed. Now East Africa gets more bandwidth thanks to trans-oceanic fibre optic cables companies.

SEACOM provides broadband to countries in East Africa.Within Africa, South Africa, Mozambique, Tanzania and Kenya are inter-connected via a protected ring structure. Additionally, a second express fibre pair is provided from South Africa to Kenya. These two fibre pairs have a combined capacity of 1.28Tbs. In addition, there is TEAMS (The East African Marine System) and EASSY (East African Submarine Systems) from which the telecoms here in Uganda tap from.

Previously telecoms used to use a satellite ISP (Internet Service Provider) for their backbone internet connectivity, but not anymore.

This has drastically cut the cost of internet services to more than half what ISPs were previously charging. Now for the same amount of internet access fee you used to pay, you get twice as much bandwidth or internet speed.
More so, with the advent of 3G cellular networks couple with 3G USB modems, connecting to the internet has never been anymore hassle-free. Simply buy a USB modem at not more than 100,000 Ug Shs (about $47) which comes with a SIM card. Then load Air Time to it as you normally would and plug and play. No Technical personnel required on site, No installation costs.At just 15,000 Ug Shs for 250MB or 25,000Ug Shs for 500MB of data per month, one can enjoy fast internet access on the go, at office or at home.

Fast internet speeds, cheap hassle-free internet connection have made it much more affordable for most Ugandans to have their own small ‘cafes’. Suddenly, i have forgotten that an internet cafe next my residence ever existed because of  a 3G modem that i recently acquired. In the next 5 years, these internet hubs might be replaced with more portable, agile and cheap devices like these 3G USB modems and possibly smartphones as the most suitable means of internet access.