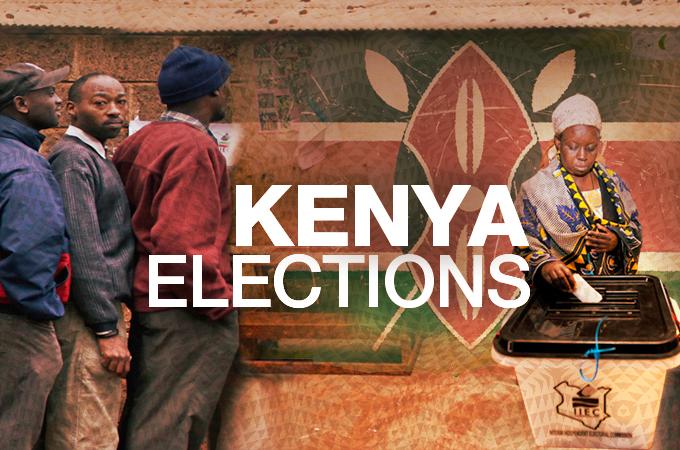 Death. Destruction. Violence. Kenyans are rioting in the streets, looting shops, burning down buildings. Democracy is failing, and only the people are to blame. A man was seen with a machete and fork clearing out…a plate of rice and beef.

Oh wait. Most of Kenya is actually quite peaceful. And despite reports coming out from foreign media, the country’s historic elections have come and gone with little incident. Kenyans on Twitter, who often use the hashtag #KOT to chat with each other online and debate about current events, knew the truth. And so a meme was born. According to one Storify account, Kenya Ni Kwetu, the meme(#TweetLikeAForeignJouranlist) arose as a rebuttal to anxiety for bloodbaths by foreign journalists basing on the unfortunate events of the 2007 election.

Most likely, however, the meme also came from other sources, as the general foreign media coverage tried to hone in on dramatic moments that would confirm popular outside stereotypes of democracy in sub Saharan Africa. To be fair, there were indeed incidents of violence. Early in the morning on the first day of elections, about 10 people were killed in elections related violence. 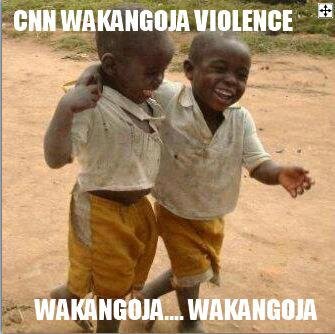 But by far, the elections have come and gone peacefully as earlier predicted. As with many memes I’ve observed, #TweetLikeAForeignJournalist emerged in response to these reports, which were exaggerated at best and grossly inaccurate at worst. As foreign journalists developed their own dramatic narrative, Kenyans on the ground knew the better. True to form, the Kenyan internet users responded in kind with its own narrative, using memetic satire to poke fun in both English and Kiswahili.Soon afterwards, the meme spun off in different directions. #SomeoneTellCNN popped up alongside #SomeoneTellRaila seeking to tell CNN what was on ground and asking Raila Odinga to accept the results respectively.

What do these memes do? How can we interpret them?

Firstly, they show that the Kenyan Twittersphere is quite active and lively with nearly 12 million online in a population of 41 million people. Memes don’t emerge from nowhere; they come from a lively social media context to begin with. Secondly, the memes reflect a growing push for an alternative voice, an alternative story. And they’ve certainly gotten attention, with outlets like Al Jazeera alongside other media outlets covering the meme.

In conclusion, humor, especially networked humor that pops up online, gets people listening much more quickly than sobering news reports and blogging diatribes. It’s not clear if #TweetLikeAForeignJournalist will change journalistic standards in foreign media, but at the very least, it’s funny, addictive and smart, making it a great counternarrative to the one that mainstream foreign media wants to present.

Editor’s note:This post is by Mwesigwa Daniel and An Xiao Mina(twitter). An Xiao Mina is an American artist, designer, writer and technologist. In her research and practice, she explores the disruptive power of networked, creative communities in civic life. Dubbing memes the “street art of the internet”, her current research looks at the growing role of meme culture and humor in addressing social and political issues in countries like China, Uganda and the United States. Her writing and commentary have appeared in publications such as The Atlantic, Fast Company, Wired among others.

2 thoughts on “Kenya Elections: How Kenyans used social media in response to global coverage of elections”