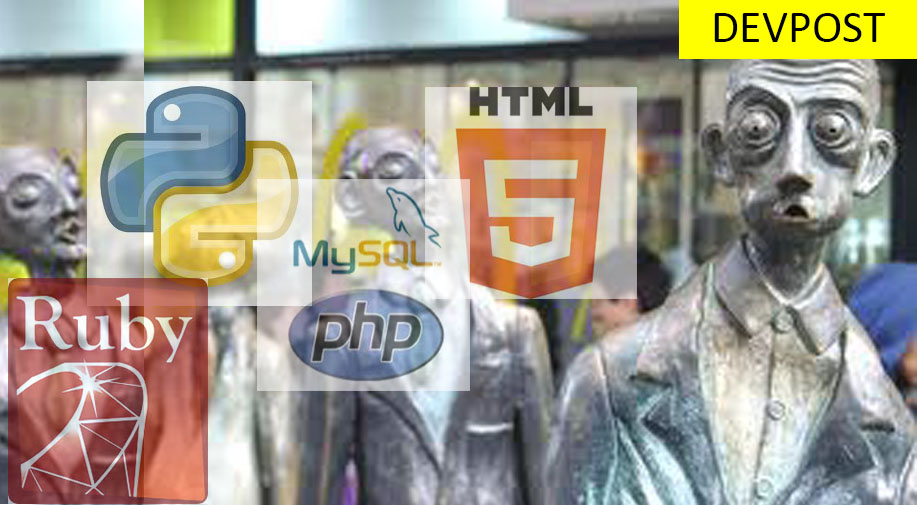 So,you have watched the code.org “Everyone should learn how to code” viral campaign video or at the very least heard someone talking about programming/coding.To some it is part of their year’s resolution to learn.

He’s friendly enough, but he’s inconsistent. One day he’s telling you everything’s cool and the next day he’s making all sorts of crazy demands on you. He doesn’t have many friends but somehow he’s at all the parties.

He’s rich, classy and stuck up. He’s a total type A personality and not very pleasant to work with. But sometimes he’s the one with just enough clout to get a job done.

He’s Java’s brother, everything seems right but he just failed to cut through the mainstream media.

He’ s Java’s step “bro,” and they’re always competing with one another. Half the time they compete it’s a draw, but that doesn’t stop them from trying to one-up one another all the time like a couple of Neanderthals. You’re kind of over both of them.

He’s C++’s father. It’s where C++ got most of his bad manners and outdated ideas.

He’s the first friend you made when you were still a newbie.Apparently with change in time, you make better friends with better scripting language.

is the cool kid in the scripting family though he used to be slow,he has increased his speed with time.

He’s well toned, well developed torso, macho and very strong.Many people are afraid of him because of his complexity but he is a cool guy altogether.Just call him scalable.

He’s the older gentleman who was big is his day and has it in his head that he’s still got it. He does get the occasional older woman, and once in a while you catch him leering at a lady from behind an old mainframe.

Add more of your views and interpretations in the comments below.

Disclaimer: The above post doesn’t necessarily express views of dignited.com