Google announced Wednesday that it will discontinue Google Reader its RSS feed service.

“There are two simple reasons for this,” wrote Google engineer Alan Green in a blog post. “Usage of Google Reader has declined, and as a company we’re pouring all of our energy into fewer products. We think that kind of focus will make for a better user experience.” 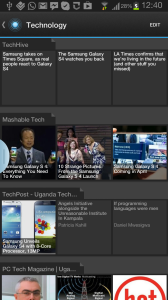 Many users were upset with the announcement of the death of Google Reader, with some wondering if the search giants tried to steamroll it with Google+. Now that Google Reader will cease to be as of July 1, 2013, long-time users are scrambling for alternatives. I asked David, TechPost’s senior editor who’s been a loyal user of the service for the past 6 years what his reaction was and here’s what he had to say;

Am obviously very disappointed with Google’s move to kill off one of the services that i’ve been depending on for following web content from websites that matter to me the most. However, having tried out newcomers like Pulse and Flipboard, i’ve nothing to lose as these services are far much better than the aging (and now dying) Google reader. My problem ofcourse is now migrating my RSS feeds to a new home which i’ve been trying to do over a period of time.

Mashable has a guide to Google Reader alternatives and CNET offers a list of Google Reader replacements. Gizmodo also has an excellent guide to RSS feed readers.However, here’s is a list of some of our favorites that we recommend(in no particular order);

Google’s discontinuation of its Google Reader service is obviously good business for the these alternatives, but it’s pain for several thousand users who’ve been happily using the service and now have to migrate their “data” to a totally different environment. However, they won’t regret it.

Have you been using Google Reader? If yes, what’s going to be your new Newsstand?

One thought on “Top 7 alternatives to Google Reader”