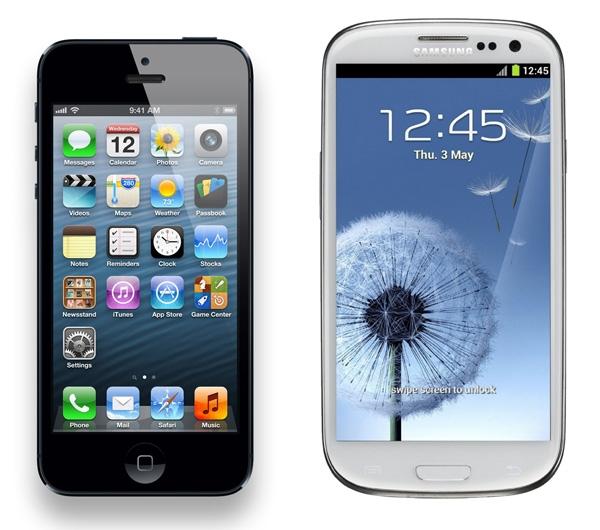 Our Guest writer this week is Jonathan Kyobe an IT Consultant, Web and Graphic  Designer, blogger, Model and a Sports fanatic. He is @yellojona on twitter.

Just last week, Samsung launched its Galaxy S4 and I hope that next month we shall have it available on the Ugandan Market. From the reviews that followed thereafter, this seems to be the ultimate smartphone everyone is excited about it. Even Apple’s latest, the iPhone 5 was dwarfed by the S4 based on the new applications and enhanced specifications. A survey was done last year and it showed that the average smartphone user in East Africa uses their phone, 55% for social media communication (including chatting), 25% voice call, 16% SMS and 4% for other secondary functions. Based on that, my view is that your current average smartphone is still good enough.

As you read this article, don’t forget that the primary use of a phone is to communicate either by SMS or by voice. However, due to the advancement in technology,  internet affordability and penetration, we can also include social media communication majorly with Facebook, Twitter (including chatting) and E-mails as part of the core uses which have become part of our daily lives. Other uses of a phone are playing music and videos, taking pictures, calendar, clock, games and radio among others.

A new iPhone 5 costs Ugx 2,200,000 to 2,700,000 depending on where you buy it,  the inbuilt memory and some other additional accessories. I am guessing that the Galaxy S4 will cost about that much or slightly over that when finally available in Uganda. Sadly, apart from running games relatively better, capturing great looking photos, and displaying web pages in high-resolution,  face recognition, smart pause and a few more new functions (which I reckon you and I don’t particularly need one a phone), the Galaxy S4 is just like any other Android phone.

Even the iPhone 5 which is a fierce competitor to the Galaxy S4 doesn’t have a lot of functionality that your average smartphone wouldn’t be able to do. What I am saying is that you don’t need to spend a lump sum of money to buy one of these smartphones when you don’t need most of their superior functions and specifications.

The galaxy S4 being the most highly technologically advanced and latest smartphone on the market, we are going to use it as a yardstick. Let’s face it, Galaxy S4 has a 5inch Full HD (1,920×1,080) Super AMOLED screen. That’s a stunning 441ppi, but more than 80% of us won’t notice the difference and won’t even need the difference.

It comes with a 13-megapixel rear camera, complete with Flash and a high-speed shutter mode and  a 2-megapixel camera at the front, but a huge percentage of us just need  one camera of about 3.5 – 5 Megapixels because that too produces a fantastic picture and takes awesome video which is all the assurance that one may need.

The S4 will be available with two different types of processor. There was much hype before the launch about the new 1.6GHz Octa-Core or 1.9 GHZ Quad-core Samsung Exynos 5 chip running RAM of 2GB. Now, that is faster than some computers on the Ugandan Market.

Honestly, on an average day, the average smartphone user just chats on Whatsapp, visits Twitter and Facebook a few times and sends a handful of emails, takes a few pictures over the weekend then listens to music in the taxi while going to work or heading back home after work.

The Galaxy 4S also comes with 4G LTE, Dual-band 802.11abgn/ac Wi-Fi  and Bluetooth 4. This means when it comes to connectivity and internet, the speed is twice faster. However, I think the average 3G enabled smartphone with Bluetooth 2.1 could have speeds enough to take us through our daily activities like chatting, emailing and transferring music, video, picture and other files from other smart phones. At least am not complaining with my Blackberry Curve 9300.

Other notable new features Samsung has added to its S4 are; it can works as a universal remote (we can still our usual remotes), Instant translation (you can still use your Google translator App), Smart Pause (you can always rewind), Sound and Shot (a picture should remain a picture not a paused video of a sort), Temperature and Humidity sensors (download a weather App, a phone is not a weather station) and few other feature.

Most Notably the S4 also comes with a strong battery rated Li-ion 2,600mAh. The average smartphone has a battery rating of between 1050mAh and 1200mAh making the S4 have more than twice the battery power. Now surely we all need the 2600mAh battery but I think based on the so many functions (many of which you and I won’t need like we have seen) suck up a lot of that battery. Actually the much stronger processor in this Samsung is also justified by the fact that so many Applications will be running simultaneously.

I firmly believe that what we buy has some relation to how we look in public. There is definitely some self-esteem related thing on which brands someone holds. I mean all phones work the same, and all smart phones, be it from Apple, Samsung, Blackberry, HTC, or any other that falls within the Smartphone category, have a generic set of specs.

They can browse the internet, send mails, and multi-task, thus structurally they are not very different from one another, yet we are comfortable in spending 5-6 times while buying a Smartphone from Apple. Why? Challenge the status quo. Most people are not going to buy the S4 because they need a phone with such specifications but rather just as a symbol of status. Certain people will do all it takes to grab one of these expensive phones. I it not uncommon to see a lady holding an expensive phone yet they can only use 5% of its capabilities.

So the question that I am trying to answer here is Do you really need the latest smartphone?  should you spend money on buying that really expensive Smartphone?

6 thoughts on “Do you really need the latest Smartphone? maybe not”