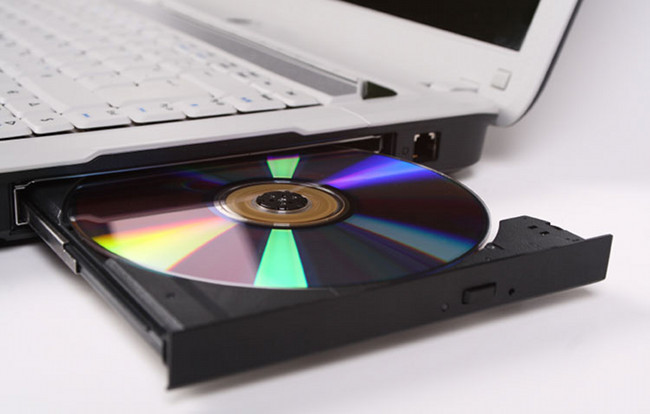 When was the last time you used the CD drive on your computer to save data, play music, watch a movie, install software or any other functions it is capable of? The last time I did was more than a month ago. Over the same period of time I noticed that I watched more than 10 movies, installed 2 software, copied and played a good number of Gigabytes of music (mostly Jazz and soft rock ).

Also, I have watched so many music videos and movie trailers without the need for a CD Drive (ROM) in my PC. You probably have had a similar story to mine. With the ever growing technology, internet affordability and penetration, it is becoming a lot easier to backup data, download or stream music and movies and, also share material or transfer data. First it was the Floppy drive (R.I.P) and now the Compact Disc (CD) seems to be headed to the same path. The CD Drive was one of the primary reasons as to why the floppy drive was completely annihilated.

So are CD Drives living their last days on Computers or do they still have any relevance?

The Tablet and minicomputer craze.
The CD and the Drive (system) that runs it is quite large when compared to the size of modern laptops and now tablet computers. Many manufacturers have dropped it so as to save space (in the computer) for more practical things. The space the drive occupies could be better used for an additional storage chip or hard Disk, an extra RAM slot or chip, a superior graphics card, an improved cooling system or for a larger battery. All these generally improve the performance of the computer.  As the trend is right now, the thinner the PC, the better so in most cases the CD drive is the obvious candidate for elimination.

The Rise of Cloud Storage Services.
Cloud storage is a service model in which data is maintained, managed and backed up remotely on a server and made available to users over a network (typically the Internet).  Files can be easily be saved to and restored from the cloud. The cloud is most useful for data backup. Imagine a scenario where 15-minutes to a conference you realize that you have forgotten your presentation on your PC at home.

Since cloud has the capability of auto-save as you work on any document, it comes in handy as you would have nothing to worry about. Just download the presentation from the cloud and you are ready for the presentation. There are a number of cloud storage service companies which include but not limited to, Google Drive, iCloud, Skydrive, Dropbox and Box among others. Some cloud storage services actually come with 5 GB (Gigabytes) of free space.

With this kind of space, the cloud is rendering  CDs useless when it comes to backup since data is not prone to misplacement and physical damage by scratches, fire, water and any other form of damage. Cloud storage also makes sharing and transfer of data much easier in the instance of long distances.

Better storage capacities of Hard Disks.
About 10 years ago CDs first hit the market with capacity of 700MB (Megabytes) at a point when the largest floppy disks had capacity of 120MB and most hard disks had about 500MB.

When DVD (high-density video disc) emerged a few years later, the capacity increased more than 6 times. When Blue-Ray emerged, it expanded CD capacities to beyond 160GB. However, the growth of these capacities is nowhere close to what the Hard Disks capacities have grown to over the same period of time, from Megabytes, Gigabytes to Terabytes (TB) of storage space. This space can be used for backup which formerly was done on CDs. Based on that fact, using the CDs, DVDs and Blu-Rays is losing grip.

The Rise of USB Drives.
Universal serial bus (USB) Drives have also become very affordable and popular today. Everyone seems to own one these days. The USB Drive technology has an adaptation from the Floppy drive technology but made to have much more. The biggest advantage that a USB Drive has over the different types of CD drives is that it is reusable and portable.  Most CD and DVD are not reusable meaning that they can only hold one assemblage of data.

The other advantage is that the peripheral to run  it occupies a very small space as compared to the CD Drive. It is for this same reason that the latest computer models ditched CD drive. On the Ugandan market, a 4GB USB drive can go for as low as 15,000 shillings ($6) making it very affordable and portable.

Rise of online Media and Software markets.
With the rise of portable media players such as the iPod, the need for physical media distributed on CD or DVD is slowly dying out. Many people have started to listen to music on devices that don’t need a CD player which is affecting the sales of music CDs. Today most music can be purchased from iTunes, Amazon and other digital media sites.

The same problem that is happening toMusic CDs is also happening to the video industry. Over the years, sales of the discs have declined significantly. This can likely be pinned on the ability to stream movies and TVs from services such as Netflix or Hulu.

In addition, a huge number of movies can be purchased online just like the music. Individuals using tablets for watching video and listening to music while traveling find this extremely convenient. Just like music and movies, software is now available for purchase or free to download online. Previously, software was only available on CDs but trends are steadily changing to online purchases. Tablets have taken this even further with their app stores built into the operating systems.

Windows won’t support DVD format Play back.
In one of its blogs, Microsoft states that the base versions of the Windows 8 operating system will not include software which is necessary for playing back DVD videos.

The fact that most computers on the market are running windows, this is a significant development as this was a standard feature in windows 7 and other older windows operating systems. As of now, users will either have to purchase the Media Center pack for the OS or will need separate playback software, which is a huge inconvenience. Apparently, Microsoft and the company licensing the software didn’t reach an agreement about costs for installing the Software within the windows operating system. By removing this software, Microsoft will avoid the licensing fees, which will in term to reduce on the overall cost of the software.

This is one of the reason as to why customers may abandon the CD drive all together since they would incur additional costs in order to use it to play a DVD.

Online Piracy.
In Uganda, it takes just 2 weeks for a new song to circulate on nearly everyone’s computer. Ideally, music artists are supposed to be earning from the distribution of their music on CDs. However, it is next to impossible for them to do so due to piracy. Some sites like Pirate bay go a step further to avail hundreds of thousands of movies, software and music downloadable for free through torrents like U-torrent. For as long as someone has reliable and fast internet, they can get nearly all the Movies and Music they want. This too, renders the CD useless.

Conclusion.
So are discs are dying? Realistically, they aren’t about to disappear from the computers instantly however, it is just going to become increasingly less relevant to the user.

Today, nearly anything a CD can do, a USB drive and internet can do even better. Instead of being used for storing data, loading software or watching movies, the drives will likely be used to convert the physical media into the digital files for playback on computers and mobile devices but desktops will still have them for a while.

9 thoughts on “Discs are dying: Why the CD Drive is becoming irrelevant”