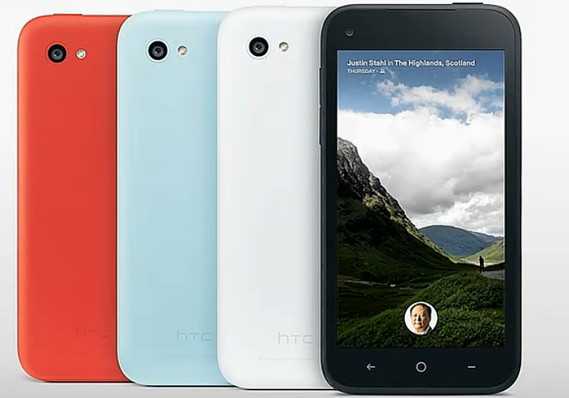 Facebook has just shown off a new software interface — Facebook Home for Android-based mobile phones, along with a phone produced by HTC — the HTC First to showcase the software.

According to the social network’s CEO,  Mark Zuckerberg, the motivation behind the phone is to create “phones designed around people, not apps.” so as to make it easier to people to interact with their family and friends on mobile devices.

The HTC first (Facebook Phone) will come complete with a 4.3-inch 1280 x 720p SLCD3 display, and is powered by a Qualcomm Snapdragon S4 1.5 GHz dual-core processor will be 4G LTE compatible and will be available on April 12 for $99 at AT&T on a two-year contract.

Peter Chou of HTC who introduced the HTC First said it’s “A great opportunity to bring mobile and social together more closely,”.The HTC First will be the only phone that will have Facebook Home pre-loaded. However, Home will also be available to load onto the HTC One and OneX, as well as Galaxy S3 and S4 from Samsung and the Galaxy Note 2 initially from the Android Play Store starting on April 12.

When asked about Apple, Zuckerberg said “we have a great relationship with Apple.” and adds that anything that happens with Apple, requires a partnership. He then made the point that the company did not need to work with Google to make Home –contrasting between open and closed systems. When questioned about whether Home will be open to other developers and apps, like Twitter or Pinterest. Zuckerberg sees a “huge opportunity ,” but says initial launch was to focus on limited number of types of updates.

Facebook was in years past criticized for not taking mobile very seriously, but these moves are proving to skeptics that the company is more than determined to seal its foothold on the mobile space. But Zuck thinks that this is more than just Facebook making solid grounds in mobile when he said;

At one level, this is the next mobile level of Facebook. On a deeper level, this could be a change in the way we use computing devices.

Are you excited about the Facebook phone — the HTC First — and its software interface — Facebook Home? Let us know in the comments.

One thought on “Facebook Home on Android: A “more social, connected device.””