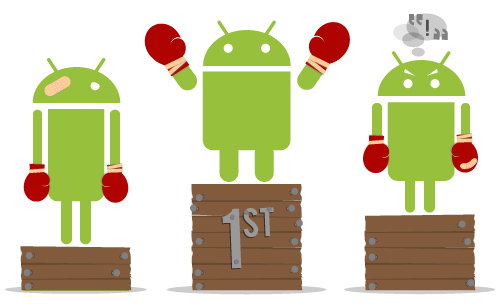 Africa Android Challenge 2013, (AAC) is a multi nation Android developer challenge that is open and free to all developers from countries on the African continent.  It’s main aim is to  motivate, inspire and encourage African developers to innovate solutions on the Android platform that are driven by and for the local content. The challenge is meant to discover hidden talents amongst the best developers and Android experts on the continent.

AAC serves to foster collaboration amongst different developer and IT communities through bringing the Google Developer Groups(GDGs) and Java User Groups(JUGs) to work together as they organize and mobilize their respective members to participate in this challenge. It  believes that imperative to the long-term success of Android application environment in Africa; a support initiative and a developer community has to be  built to help locally relevant applications.

This year AAC was announced on Feb 15, 2013 and its first round will be due by April 25, 2013. Any Android developers with cool apps should submit them before then. This competition is a two round process – semi-finals and finals in two sections; Android apps and Google Apps for Android.

There is expected to be a number of GDG BarCamp sync events across Africa to celebrate the winner of the first round of this year’s AAC in their country. This year’s AAC is proudly sponsored by Alcatel onetouch, JCertif International and Google.

You can find more information and  the submission details plus guidelines. You can also join the African Android Challenge public community on Google plus to share and stay updated. Furthermore add these people to your google plus and ask for any further details +Max Bonbhel , +cedric Atangana , +Basile Niane and me +Nsubuga Hassan.

Our Guest Post comes from Nsubuga Hassan. He is an Android and software developer at Islamic University in Uganda, about technology and how it can revolutionize people’s socialisation and doing business. He writes about the African Android Challenge.