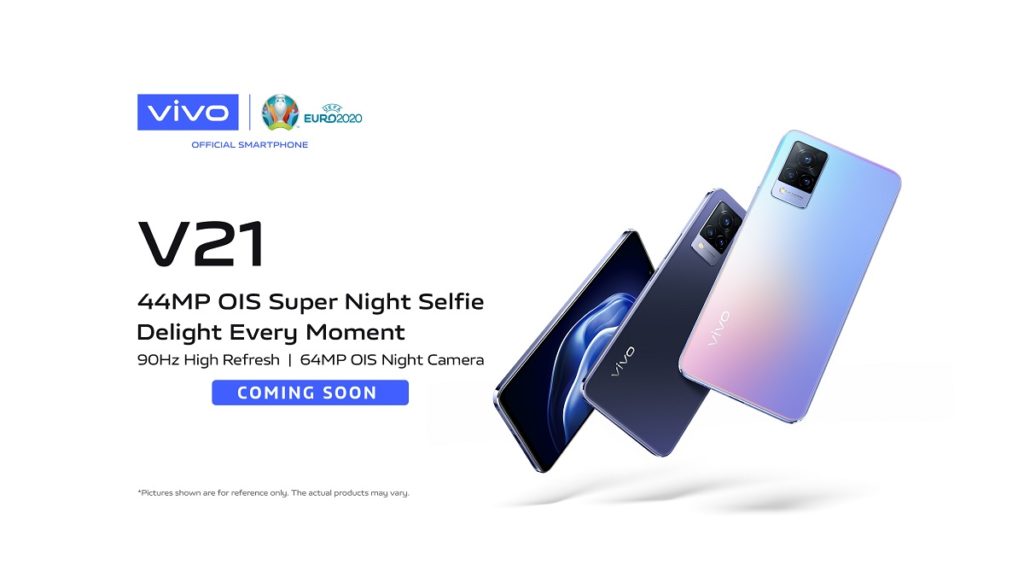 Vivo is not a newcomer in the Kenyan market anymore. The Chinese OEM with ties to global brands like OnePlus, Oppo, and the newest entrant into the Kenyan mobile scene, Realme, has given us pretty decent devices over the few years it’s been around.

Early this year, we saw Vivo bringing the Vivo Y20s into the Kenyan market, a device that brought so much value to its users for a rather reasonable Ksh 20,999.

In keeping with the same momentum, and probably in response to the ‘smartphone season’ we’ve been treated to over the past two months or so by Transsion-owned Infinix and Tecno, Vivo is set to introduce yet another device.

Reports now indicate that the Vivo V21 is coming to Kenya in the next couple of weeks.

The Vivo V21 offers quite the Android experience as demonstrated by the following spec-sheet.

Perhaps the headlining feature of the Vivo V21 is the 44MP selfie shooter that has both OIS and EIS. This should, at least in theory, see the V21 produce crisp selfie shots.

At the back, the device will come with a triple camera set up, a 64MP which is also equipped with OIS and EIS to capture ultra-high-definition photos and videos at night, an 8MP wide-angle rear camera to capture the entirety of a scenic view, and a 2MP macro camera for close and personal shots to complete the V21 making it truly the camera smartphone for all occasions.

Now, the Vivo V21 is yet to be officially launched in Kenya but the company says that we are looking at a launch date slated for later this month. It is at that event taht we shall learn more on the device’s pricing.

That said, the device has been selling in other markets for a price of about $380. This means that we should expect a price of around Ksh 40,000 as the retail price for this device.