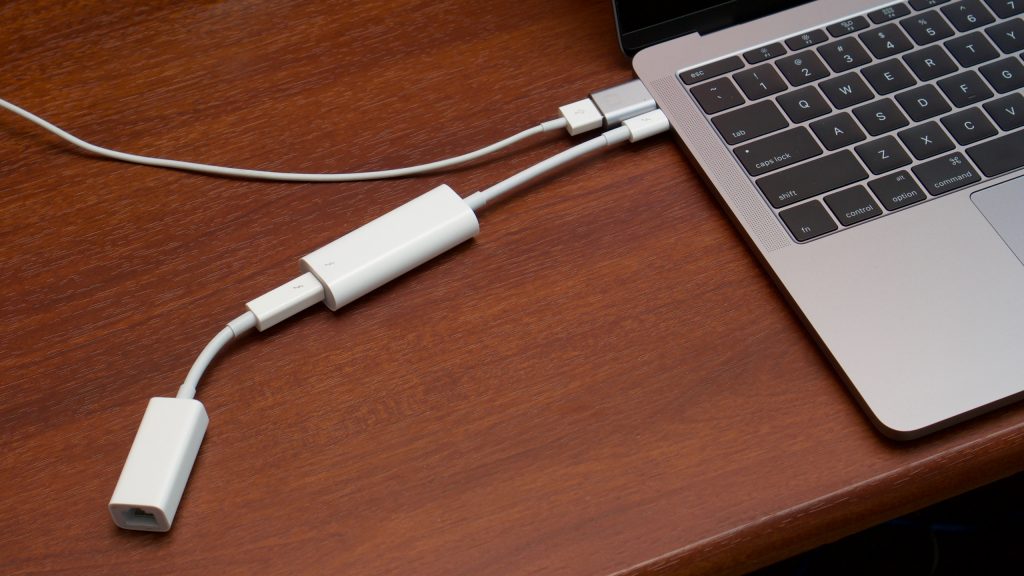 Video display resolutions are running after the 4K mark, hard drives and solid state drives are raising the bar on storage speeds and capacity, just as manufacturers are striving hard to bring light and thin devices on the market; Hardware seems to be taking divergent directions, but a savior is just around corner – Thunderbolt 3.

The future of connectivity details a single computer port that connects to all your devices, and serves all your needs with just a single cable.

Thunderbolt 3 is the third generation of the Thunderbolt technology, a development of Intel that began in 2011. The very first generation was capable of 10 Gigabits per second, twice the speed of USB 3.0, and could transfer both serial data to storage devices, and video data to display devices.

Putting together two technologies can produce outstanding results. With USB Type-C generating enthusiasm amongst hardware operators given its greater power transmission and delivery, the new Thunderbolt is now employing it over the previous Mini DisplayPort. A Thunderbolt 3 cable will perfectly work in a USB-C port, just as the opposite will apply. The only limitation here is that the thunderbolt platform is only available on Intel processors implying that a cross-connection will not support thunderbolt features.

What are these features?

Once you are at work, such as capturing 4K videography, your storage media is likely to get filled up sooner because of the digital weight. Transferring it from your media to an external drive can be best done by Thunderbolt 3, because data can flow through the cable at 40 Gigabits per second, giving you much more time for work and just a little for transfer. It is precisely for the reason that Thunderbolt adopted the USB type-C. There was need to achieve these speeds, as well as fit into smaller devices.

Thunderbolt 3 has in it the latest version of DisplayPort, with which a single cable can drive two 4K displays at 60Hz. This is four times the data any other cable can transfer, at a video bandwidth twice of any other cable.

It can connect to all displays that support DisplayPort and Mini DisplayPort, as well as to all modern display interfaces such as HDMI, DVI, and VGA via adapters. It does all the connection with a superb resolution, contrast, and colour depth which give detail to all graphics under view.

The adoption of a USB-C connector is a great tool for power transmission. Supplying up to 100 watts of power means that you can charge a laptop so soon, while also charging any other bus-powered devices at 15 watts.

Thunderbolt 3 docks give you the platform to connect as many devices as you wish with each other, instantly. It provides a peer-to-peer connection at 10 Gb Ethernet speeds that enable quick transfer of  files between computer workgroups with a shared storage. With daisy chaining, you can connect up to six devices all at the same time, delivering the best out of USB-C.

Thunderbolt 3 is basically the next generation of connectivity, and with Intel implementing its efforts on the technology, a prophecy should proclaim a single USB-C port that can do everything.

One thought on “Everything you need to know about Thunderbolt 3: Speed, Display, Power, and Connectivity”