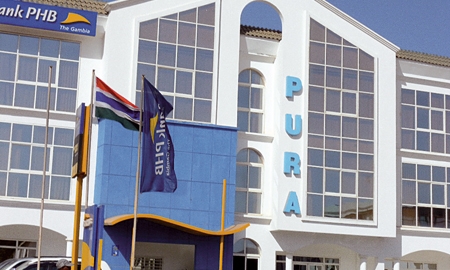 I’ve never been more disturbed than when i learnt through the Daily Observer that the Gambian government through  the Public Utilities Regulatory Authority (PURA) prohibited the offering of “International and National Calling Services” within Internet Cafes using VoIP services (Viber, Skype, etc). According to the statement, the Authority justifies its actions on the grounds that such services “deprive the country of the much needed revenue from International and National calls, required for the development of The Gambia”.

I’ve been covering the Telecom industry for a period of about 3 years now, spotting with resounding accuracy the direction which the industry is taking. For instance, i wrote a post on the rise of IP-based messaging services like Whatsapp, Gtalk, Twitter, BBM and how they continue to shrink Telecom SMS revenues. Then i also wrote about the convergence of Voice, Messaging and Video into one single stream rather than usage of discrete channels(to the advantage of Telecoms) delivered through smartphone  “Apps” like Skype and Viber.

As it appears, the PURA seems to be fighting against the tide rather than gliding with it. On i-Network emailing list, Simon Vass, Managing Director at E-Tech Uganda Ltd and the Ag. Public/Private Communications Director at Uganda Internet eXchange Point says;

Does Gambia have an incumbent monopolistic government owned teleco.? Sounds like the kind of excuse they would state to fight falling revenue. Very short sighted of them and probably impossible to enforce.

It’s absolutely absurd for the authority to remain stiff-necked against new technological innovations in preference for old and dying technologies and business models. The 2012 ITU (International Telecommunication Union) report urges Telecoms not to fight new disruptive technologies, but rather to build new business models coupled with innovative network designs;

Fighting disruption or seeking to maintain the status quo is ineffective in a world of increasingly and irreversibly IP-based communications. Established players in the telecommunications ecosystem must seek sustainable new business models, focused on exploiting the core competence of operators, separating access and services, and innovative network design.

In this report, Telecoms ought to separate ” services and the network” if they’re to remain competitive in the new markets.

Separating network access and service delivery allows for a range of layered models. Operators may benefit from sticking to their core competency as a utility, offering a neutral network for external service and content providers with billing and customer relationship management, for example, as optional value-adds. Or telcos may consider splitting entirely into infrastructure operator and services companies; creating new services divisions; investing in innovative service providers or partnering with key vertical industry players in content creation.

In other words each party in the Telecom eco-system should stick to what they do best. As i stated in this post, Telecoms can concentrate on the network aspect of the Telecom spectrum — routing internet traffic between different nodes, utilizing and optimizing the frequency spectrum, keeping the network up and running so that mobile subscribers can do what matters to them the most while other service providers concentrate on developing the most innovative solutions that make communication absolutely adorable to the end users like say Skype or Apple’s Facetime.

Again, Voice as we knew is dead — atleast according to the ITU — but the network isn’t!

Access to the network is now the basic product, rather than voice – which is increasingly fragmented and embedded as a feature or function of an application such as gaming or messaging, rather than being a standalone billed item.

It’s therefore against all conceivable logic that the Gambian government chooses this direction! Telecoms can still remain profitable despite all sorts of disruption if the right steps are taken. When the Telecoms separate the network from services, they can still charge users for accessing the network without which users aren’t able to use the services like Skype, Viber that the Government is trying to block.

Following a press release issued by the Public Utilities Regulatory Authority (PURA) prohibiting companies and/or individuals operating through Internet Cafes and offering Dating services and Voice over Internet Protocol (VoIP) services, The Government of The Gambia has shed more light on the issue.The government has called on its citizens to continue to enjoy Skype to reach their loved ones at home and abroad.  This was contained in a press release sent from the Ministry of Information and Communication Infrastructure.

One thought on “Here’s why the Gambian government is wrong on blocking Skype, Viber and other VoIP services”