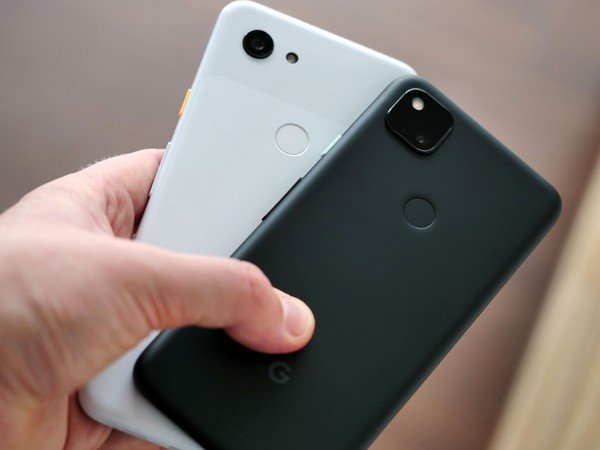 Smartphone manufacturers are now making smartphones with flagship specs and budget prices. The Google Pixel 4a and 3a match this definition. Whereas the Pixel 4a is still being released globally (at least by the time of writing this article), the Pixel 3a has been around for some time as it was released in May 2019.

Although the Pixel 4a and 3a are identical in many ways, some features and specifications are notably different. In this article, we shall compare the specs and features of the Google Pixel 4a vs the Pixel 3a.

The Google Pixel 3a has a plastic body and comes with a rear-mounted fingerprint sensor. It also has a 3.5mm headphone jack on the top edge of the phone with the power and volume buttons stacked on the right side. The primary camera is located on the top left corner of the handset. It also has a USB Type-C port for charging at the bottom of the phone. The Pixel 3a comes in three color variations: Black, White, and Purple.

The Google Pixel 3a has a 5.6-inch OLED display with a Full HD+ resolution and an aspect ratio of 18:9 combined with a refresh rate of 60Hz. The Pixel 4a comes with a 5.81-inch display, a Full HD+ resolution, and uses an OLED panel, as well as offering a 60Hz refresh rate. Because of the punch hole camera, the Pixel 4a has a larger screen, resulting in a display aspect ratio of 19.5:9.

The Google Pixel 3a has a single 12.2-megapixel Dual-Pixel camera sensor on the rear featuring an f/1.8 aperture and 1.14µm pixel width. On the front, there’s an 8-megapixel sensor with a 1.12µm pixel width and an f/2.0 aperture.

The Pixel 3a runs on the Qualcomm Snapdragon 670 processor with 4GB of RAM and 64GB of storage. It doesn’t have a microSD card slot for storage expansion. It has a battery capacity of 3000mAh with 18W fast charging. It

The Pixel 4a, on the other hand, runs on the Qualcomm Snapdragon 730G chipset with 6GB of RAM and 128GB of internal storage. It also doesn’t have microSD card support. It has a 3140mAh battery with 18W fast charging.

Google discontinued the production of the Pixel 3a with the arrival of the Pixel 4a. You can however still find this phone on sale of some of the phone shops going for about $300. If you are looking to upgrade to the Pixel 4a, here is a brief comparison of the features and specs that can help guide your decision.