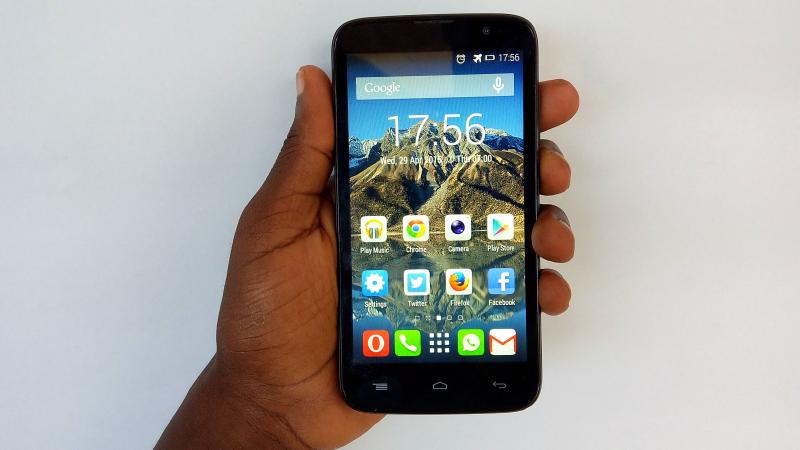 The Infinix Hot X507 is a dual-sim Quad Core mid-range Android based smartphone produced by Infinixmobility, a smartphone manufacturer based in the UAE. We’ve had an experience with the device for a month now and here’s our spin with it. 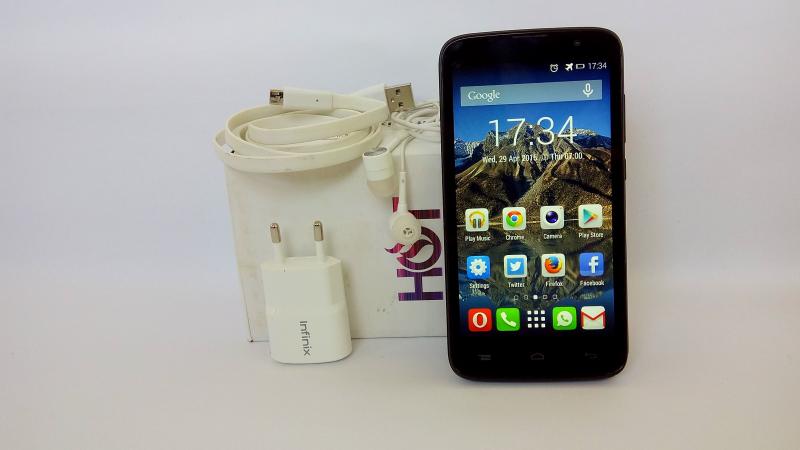 The  Infinix Hot X507 comes in a well packaged white box fully branded with Infinix Hot. Before unboxing, you’ll see a notice about a seal that informs you about the originality of the smartphone. Two separate black boxes inside house the phone battery, white ear phones, white charger head, USB cable and user manual in English, French and Arabic.

The audio port is a standard 3.5mm port which means you can use the same earphones across most phones and even your PC. The charger head is also separate from the USB cable, so you can charge the phone from wall socket as well as your PC USB port which is totally cool.

The  Infinix Hot X507 specs are one the impressive too-good-to-be-true aspects about the device for its price point of Ugx 274,000.

The smartphone which runs Android Kitkat (4.4.2) has a  5.0 Inch screen size with 480 x 854 resolution (240 dpi), packs a 1.3Ghz mediatek quad core processor, 1GB of RAM and 16GB of ROM extensible with an SD card. Now it’s become fairly common to have quad core budget smartphone these days, but leaping from 8GB internal memory to a whooping 16GB for mid-range device is taking smartphone memory to the next level.

Infinix Hot X507 is a 3G phone which is fair enough since that’s the prevailing mobile network standard in most African countries. Wi-Fi a/b/g, Bluetooth, GPS are standard connectivity options in smartphones. For the optics, the Infinix Hot X507 has a 5MP back camera and 2MP front camera for your selfies.

To keep everything running is a 2,000mAh battery which we shall talk about in a while.

Pre-installed Apps: Everything you need to get started out of the box

Infinixmobility has done a good job of having some essential apps pre-installed for you so you don’t have spend on your data plan or search for apps in the play store.

The  Infinix Hot X507 comes with Opera Mini, an inbuilt-browser, Whatsapp which is the holy grail of messaging, Viber for calls, Twitter and Facebook for your social networking, a Torch when Umeme does its thing.

They also have BBM, Carlcare for support, System update app for OTA downloads, Flashshare for sharing Apps, WPS Office for productivity, music and video player, a Konga shopping app and a whole host of Google services. 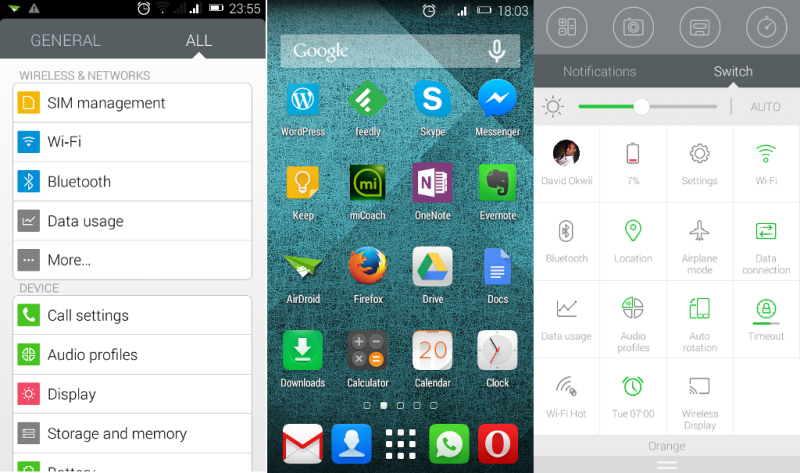 There’s really nothing much to say about the  Infinix Hot X507 UI. It’s the same old Android except  Infinix has gone abit further to tweak the status bar or notification center. They’ve provided quick shortcuts to some Apps they believe you’ll need in an instant such as the camera, calculator, Alarm. You can also “switch” between notifications and a more detailed grid-like layout of settings options.

Having used a lot of Tecno devices, we can’t help but notice a close correlation between Tecno and Infinix from a software perspective. They seem to have the same design philosophy although the UIs are slightly different.

Still Infinixmobility hasn’t done much to tweak its phones’ UIs enough to differentiate itself from the rest. When you think of Samsung for instance, Touchwiz comes to mind, for Huawei, motion sense, Lumia have Metro-tile etc.

Infinix has its own default browser that closely look like the very early version of Google chrome. But if you don’t like it, you’ve Opera mini classic which has an awesome reputation of saving on your data and speeding up browsing. Obviously if you don’t like either options, you can simply go to the playstore and down Chrome, Firefox, UCweb, Dolphin among several other mobile browsers.

Would be nice to have offline browsing for some common sites such as Wikipedia seeing as we have data and access issues in Africa.  Infinix should make striped-down version of common websites for browsing even without an internet connection.

Now for social networking, you’ve the WTF trio pre-installed for you. Whatsapp, Twitter and Facebook already come pre-installed, although we noticed Palmchat on the list too. Blackberry is still strong in some African countries like Nigeria, so Infinix pre-installed BBM messenger as well and then Viber for those who wish to make free calls over their data plan.

Software System updates is certainly something that’s important to us. Technology is constantly changing and nobody wants to to remain stuck in the old archaic Tech.

Luckily the Infinix Hot X507 has a System update app that pushes updates to your device wireless (Over-The-Air) through Wi-Fi or your network data plan. 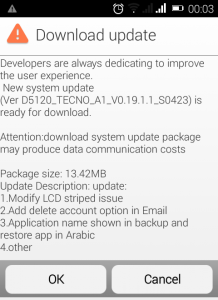 When we were installing an update, we noticed that Infinix and Tecno seem to share the same software repository reading from the system update version ( Ver D5120_TECNO_A1_V0.19.1.1_S0423). This makes us suspect that the two companies have a working agreement or relationship of sorts even though they operate independently.

The Infinix Hot X507 is a 3G phone. This of course means you can also use it on a 2G network, so you can still use EDGE for slow browsing or accessing your Whatsapp messages.

The phone has Wi-Fi a/b/g, Bluetooth 3 and a GPS for your location-aware apps. What surprised us is that the phone supports Mirror Cast or “wireless display” which means you can watch videos or movies on your phone from your say your Samsung smart TV.

On a performance standpoint, we are impressed by the  Infinix Hot X507. I got about 2 random reboots of the phone which usually occur because you’re running too many apps so the phone runs out of memory or over-multitasking both of which I normally do. However, the 4 processors and 16GB of ROM keep you going on 1GB RAM. Again, if you run too many applications at the same time, you’ll definitely bring the phone to its knees. 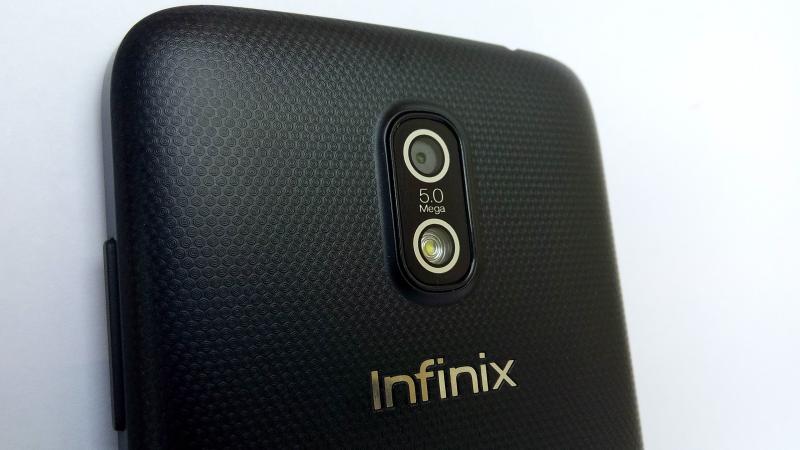 The Infinix Hot X507 is certainly packed as a multimedia smartphone. With 16GB of internal memory, we’ve more than enough to store your music as well as a few videos and movies.

Out of the box the phone consumes only 3GB leaving a whooping 13GB on your plate to play with. Comparatively, other smartphones especially Samsungs and Lumias eat up close to half the internal phone memory for the Operating System, customization and pre-installed Apps.

The phone has a music and Video player pre-installed that play all sorts of file format. The phone also comes with a built-in video editing app called “Movie studio”. This is like your basic mobile version of Windows Movie player. 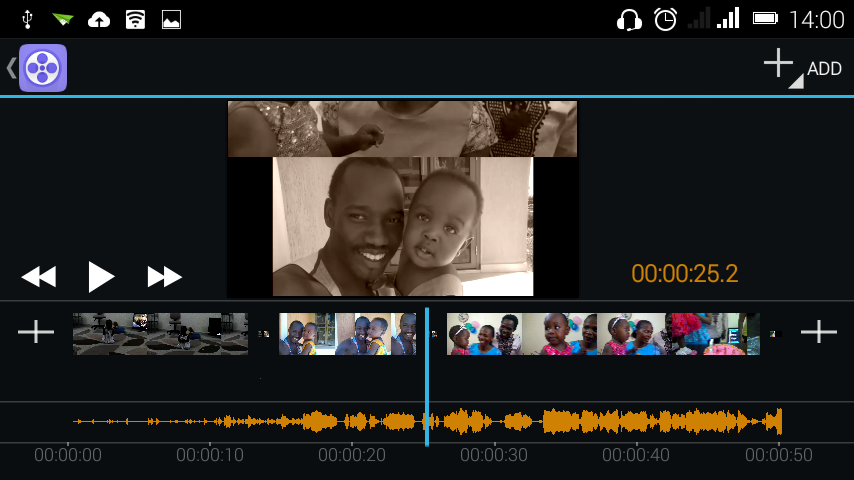 The App offers you the ability to add video and images clips you’ve shot from your camera and even audio files from your music selection. You can add basic transitions to kind of spice things up abit. But you can also cut video or audio frames and even move frames around although it’s a bit tricky. The great thing is the final exported movie file is really small enough to be sharable over your social networks.

The Infinix Hot X507 sports a 5MP camera and a 2MP front camera. While the camera is good enough for general photography, it struggles in low-light conditions. You really have to play with the LED flash to get good shots. 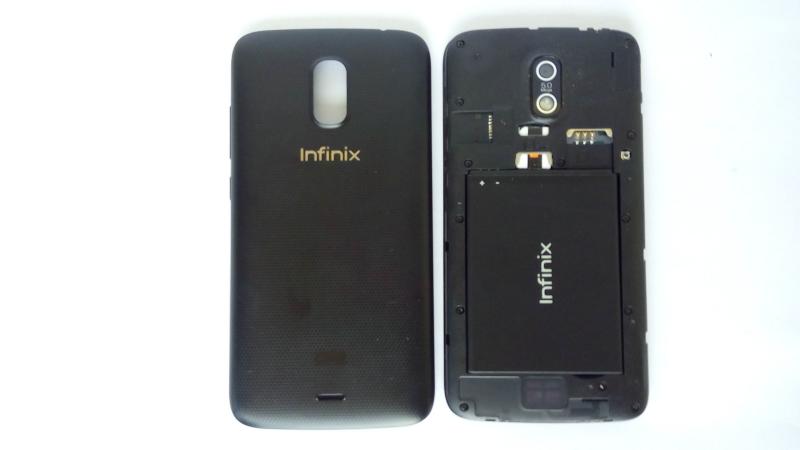 We managed to squeeze 4 hours of browsing on 3G from the 2,000mAh battery. The big 5.0 Inch screen must be taking its toll on the phone’s battery. On EDGE we could go upto 6-7 hours of browsing. The device takes about 3 hours to fully charge for the first time.

The smartphones comes with battery maximizing techniques such as location is turned off by default, so the GPS doesn’t drain your battery. We think that Infinix hasn’t done much in battery optimizing stunts common in other devices such as turning your smartphone into a feature phone when the battery is getting low, switching your phone automatically to 2G from 3G once the battery reaches say 20%.

The Infinix Hot X507 is available in Nigeria, Kenya and Uganda at a price of about $100 on respective Jumia stores. In Uganda, the device does for Ugx 274,000 but it’s not available in conventional stores. Instead you have to order the device from Jumia Uganda, the online retail store which will cost you a total of Ugx 277,000 plus shipping.

There’s nothing so special with the Infinix Hot X507 other than the unbelievable price-point vs its gigantic specs. You won’t easily find a smartphone with these kind of specs at that price point.

However, compared to its counterparts such as Tecno, Huawei, Lumia, Infinix has to do more work in differentiating its device from the common fold other than compete squarely on specs and price. 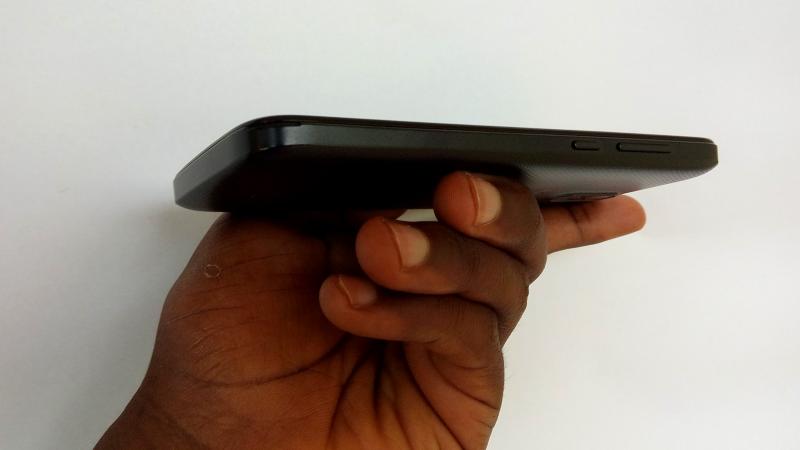 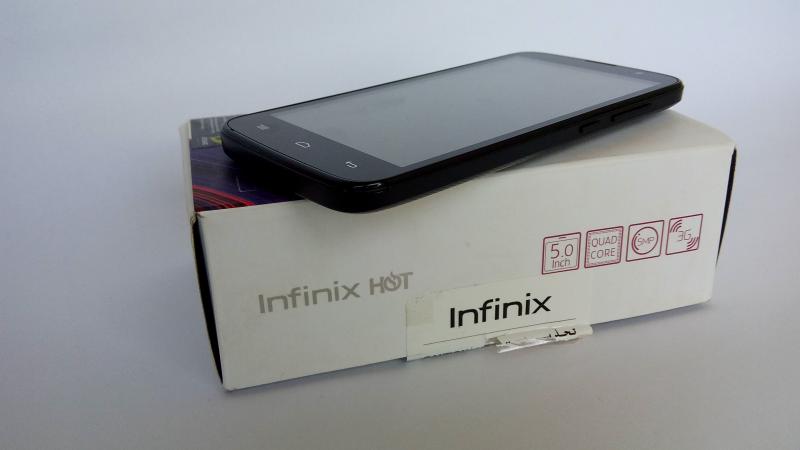 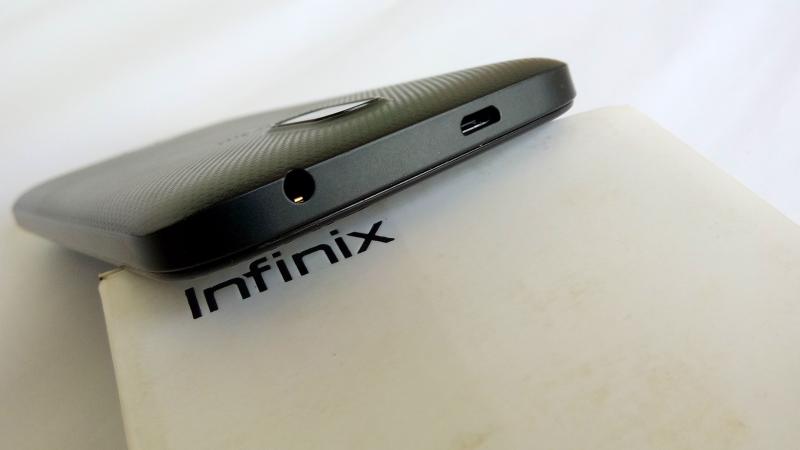 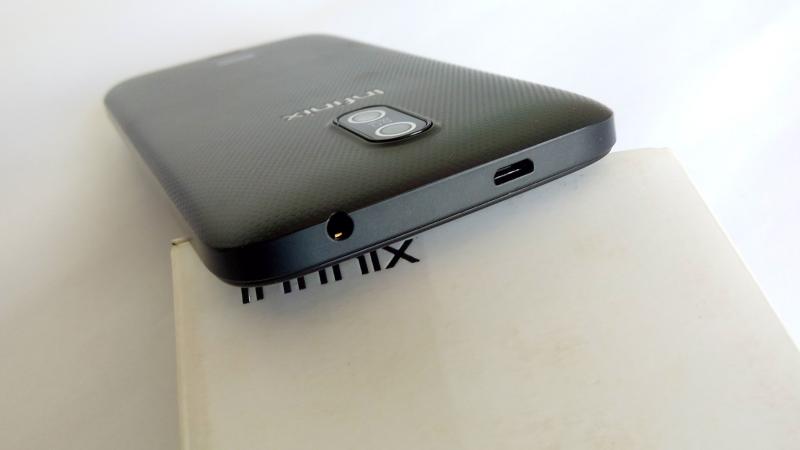 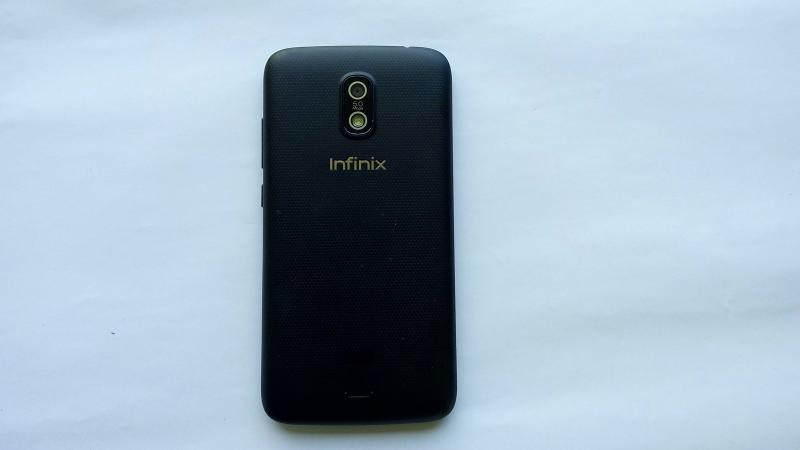 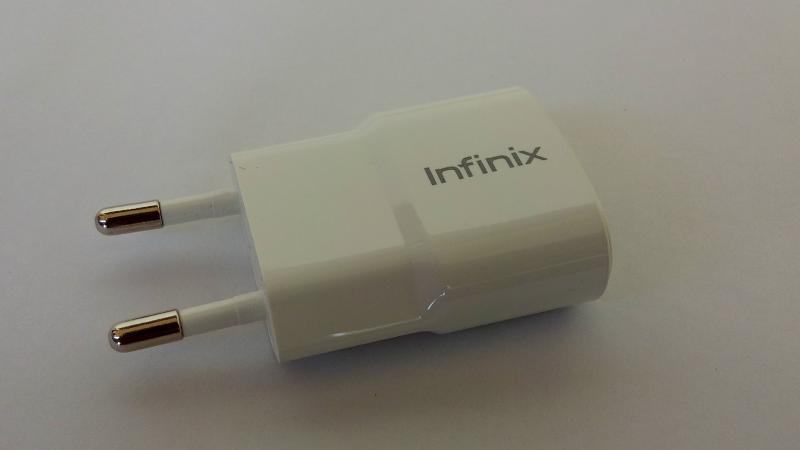 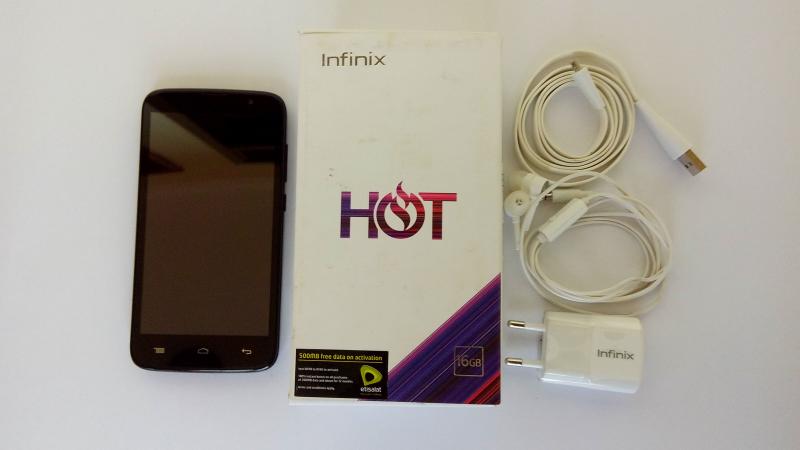 2 thoughts on “Infinix Hot X507 Review: A smartphone with big specs for the budget conscious”