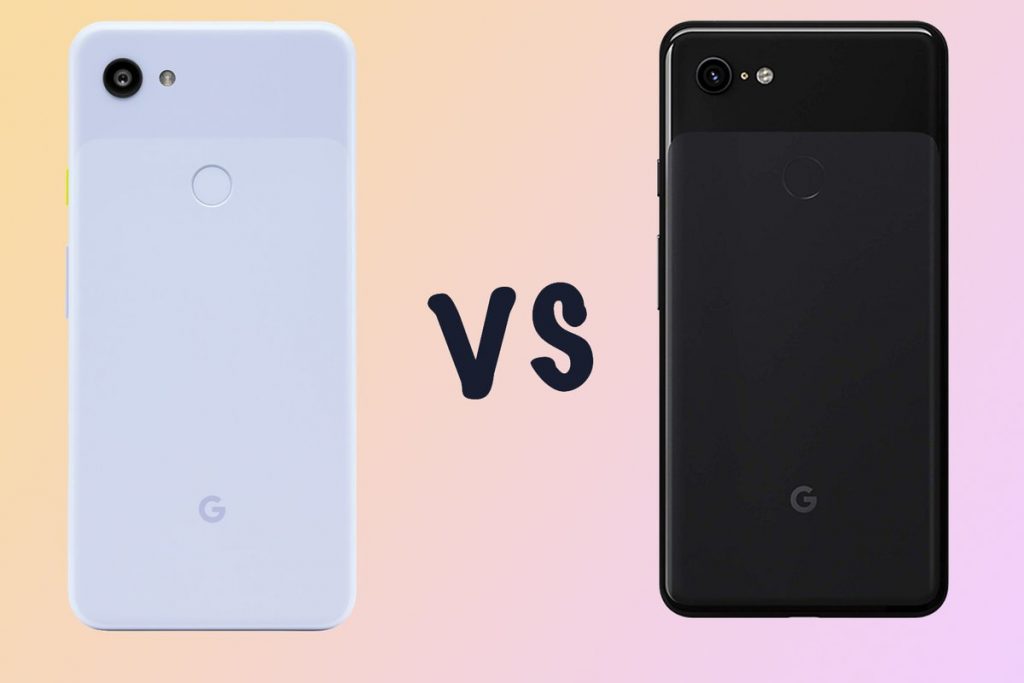 Google recently unveiled the budget versions of the Pixel 3 and Pixel 3 XL to thousands of attendees at its I/O 2019 conference in California. Dubbed the Pixel 3a and Pixel 3a XL, both devices sport watered-down specification of the original Pixel 3 flagships.

But how different are the devices? In what areas are the new low-priced Pixel 3 different from the earlier released model? The Pixel 3a is $400 cheaper than the regular Pixel 3. What are the differences? Find out below.

Pixel 3a vs Pixel 3: The differences

While both the Pixel 3 and Pixel 3a have identical design, the build material used on both devices are a lot different. The original Pixel 3 was built out of Corning Gorilla Glass 5 on the front and back and aluminum frame, the new Pixel 3a’s body is entirely composed of plastic with Dragontrail Glass covering the display.

The front and back Gorilla Glass covering of the original Pixel 3 positions the device as more durable and premium than the Pixel 3a.

The Pixel 3a comes with a 5.6-inch OLED display while the original Pixel 3 ships with a 5.5-inch P-OLED (or POLED) display. POLED is a somewhat new type of LED display and it differs from the Pixel 3a’s OLED display in that it uses a Polyethylene (plastic) substrate. OLED displays use glass substrates.

The effect of using plastic substrate in lieu of glass in POLED displays allow for thinner display and consequently, thinner devices. This is one of the reasons why the original Pixel 3 (7.9 mm) is slimmer than the new Pixel 3a (8.2 mm) device.

Both the Pixel 3 and Pixel 3a use chipsets manufactured by Qualcomm built on the 10nm process technology. The latter, however, comes with a Snapdragon 670 chipset while the former has a Snapdragon 845 chipset under the hood.

The Pixel 3’s SD845 chipset is, of course way powerful that the Pixel 3a’s chipset.

Both the Pixel 3 and 3a’s CPU comprises of eight cores (i.e. Octa-core) but their core configuration and clock speed are different. The original Pixel 3 boasts of a 2.5GHz clock speed while the Pixel 3a maxes out at 2.0GHz.

The Pixel 3 is powered by a 2915 mAh battery while, surprisingly, the Pixel 3a comes with bigger battery juice — 3,000mAh. However, despite the big battery size, the new Pixel 3a cannot be charged wirelessly. The Pixel 3 smartphone, on the other hand, supports QI wireless charging.