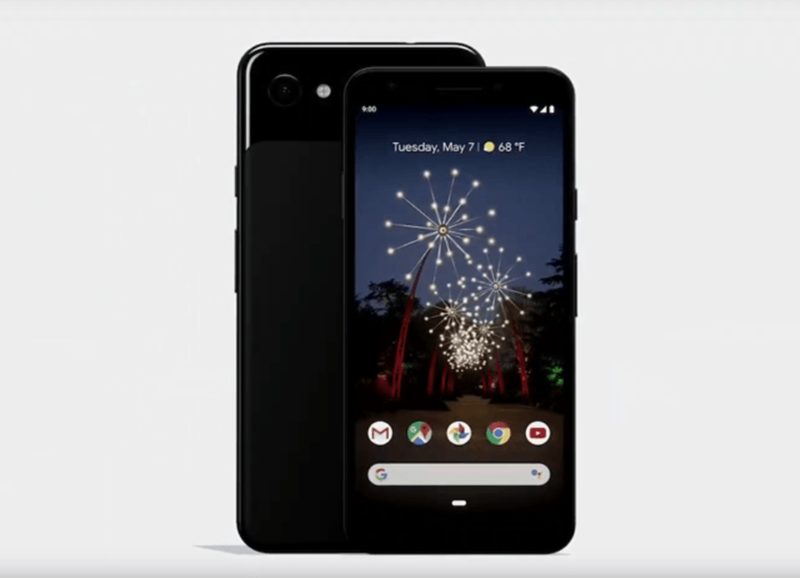 At its ongoing I/O 2019 developer conference in California, Google finally unveiled the long-awaited budget models of the Pixel 3 series of smartphones. The devices are, as expected, called the Pixel 3a and Pixel 3a XL. According to several reports, the devices were made to reach wider audiences as a result of the disappointing sales of the original Pixel 3 and Pixel 3 XL.

Let’s have a look at the specifications make-up of both devices. Starting with the…

Aesthetically, the Pixel 3a is available isn’t exactly different from the regular Pixel 3a. Interested buyers can currently pick up the Pixel 3a in three (3) different color variants (Just Black, Clearly White, and Purple-ish).

The Pixel 3a will be powered by Qualcomm’s Snapdragon 670 chipset laid on an Octa-core CPU with a 2.0GHz clock speed. Qualcomm’s Adreno 615 GPU is in charge of graphics and storage-wise, the Pixel 3a comes with 4GB RAM and 64GB built-in storage. There’s no room for storage expansion as the device doesn’t come with an SD card slot. The device runs the Android 9 Pie operating system out-of-the-box.

About the Pixel 3a’s camera configurations, there’s a 12.2MP IMX363 sensor manufactured by Sony on the rear. Dual LED is embedded to the right of the f/1.8 rear-facing sensor. On the front, an 8MP sensor with f/2.0 aperture is in charge of selfies. Some features of the Google Pixel 3a cameras include HDR+, Night Sight, Panorama, Top Shot, and Super Res Zoom.

A 3,000 mAh Lithium-Polymer battery with support for 18W Fast Charging will power the Pixel 3a. The battery will charge over the USB Power Delivery standard via the device’s USB 2.0 Type-C connector/port.

The Pixel 3a XL is the bigger variant of the new budget Pixel phones. It comes with a bigger 6.0-inch display. Asides the screen size, the Pixel 3a XL’s display sport the same FHD+ resolution as the Pixel 3a. The display is also ‘Always-on’ and covered in protective Dragon-tail Glass.

Google says users can buy both devices in all countries where Google phones are being sold as it is already available for purchase. In India, however, the new Pixel phones will not be available until May 15.