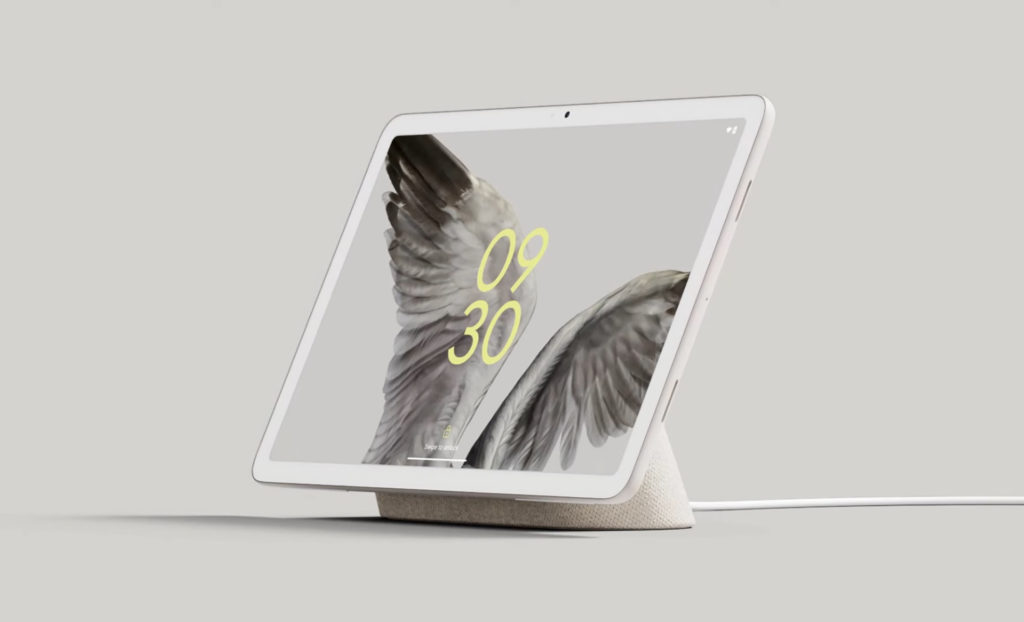 It is now clear that Google has a master plan to build an ecosystem around its Pixel devices. And the Pixel Tablet will be a critical puzzle piece to that plan. Based on what we have seen, Google is taking a direct shot at Apple and Amazon simultaneously with this yet-to-be-launched device. We first heard of the Pixel Tablet earlier this year during the Google I/O 2022 press event and now we got to learn more about the upcoming tablet during the Made By Google event on October 6, 2022.

The Pixel Tablet is scheduled to be launched to the markets sometime in 2023 to complement the Pixel Watch, Pixel 7, and Pixel 7 Pro. Recall that the last time we saw a first-party tablet from Google was way back in 2015 with the Pixel C. There have been rumors to the effect that there could be a second Pixel Pro Tablet. Even with the most recent official announcement from google, a lot remains unclear about the new device. In this post, we take an in-depth look at everything we know so far about the Google Pixel tablet.

The Pixel Tablet is Powered By Google Tensor

The Google Pixel Tablet will share the powerful Google Tensor G2 with the Pixel 7 and Pixel 7 Pro smartphones. This is a clear indication that you can expect the Pixel Tablet to be quite capable now that it will have superior hardware than the Nest Hub. The Tensor is an in-house SoC from Google that premiered with the Pixel 6 lineup.

The key design point for the Google Tensor chips is advanced machine learning capabilities as well as artificial intelligence. The first-generation chips were already impressive in this regard so you can expect a lot with these second-gen chips. On the software side of things, the Pixel Tablet is expected to run on Google’s latest Android 13.

Google took a considerable good amount of time during the October 6 event to explain its design language and the materials used. To begin with, they are making efforts to make their manufacturing processes to be Net Zero Emissions by 2032. They also highlighted that their new devices will mainly be made from recycled materials. For instance, the Pixel Tablet’s aluminum chassis will be made from 100% recycled material. Also, with the Pixel Tablet, there is a new process that applies a layer of nano ceramic coating over the device’s aluminum frame chassis.

Google also claimed that the finish on the Pixel Tablet will be very nice to the touch due to the porcelain-inspired finish. From the teaser videos played during the Made By Google event, there appeared to be at least 2 color options; black and white. Additionally, the Material theme will be integrated into the Pixel Tablet experience. With that, users can set color palettes based on wallpapers and lock screens.

The highlight of the Pixel Tablet announcement was its integration as a Nest Hub display. Essentially, the tablet can be attached magnetically to a speaker docking station to charge and turn it into a giant Nest Hub. The speaker docking station means you will enjoy your music with decent sound quality and transition between work and home entertainment seamlessly.

According to Google, the goal is to transform the tablet experience from something that just sits in a drawer to a device that is an integral part of your life. Additionally, you will be able to access your smart home controls by voice and touch commands on the new Pixel Tablet which is a big win for smart home automation. Another nifty feature is that when docked, the tablet will display and rotate images from your Google Photos library.

What is Unclear About The Pixel Tablet?

As much as we already know all that we have mentioned above, some very key features still remain unclear. The first is the screen size. From yesterday’s presentation, Google stated that the screen will be “on the larger side”. Though from the footage we saw, the Pixel Tablet looks to be the same size as an iPad Air. Another key feature that was not clarified is the camera specifications. However, from the release videos, you can see one camera at a corner on the backside.

Again, the exact release date is anyone’s guess. But going by Google’s tradition, it will go on sale in the second half of 2023. One thing that is clear though is the support for a Stylus pen. It was explicitly announced that Google is working with developers on applications that have stylus input. Whether it comes with one out of the box is another question altogether.

All in all, the 2023 Pixel Tablet looks quite promising. We now sit and wait for the official release to the market. We will keep an ear out for any updated news for this tablet, so keep it here.