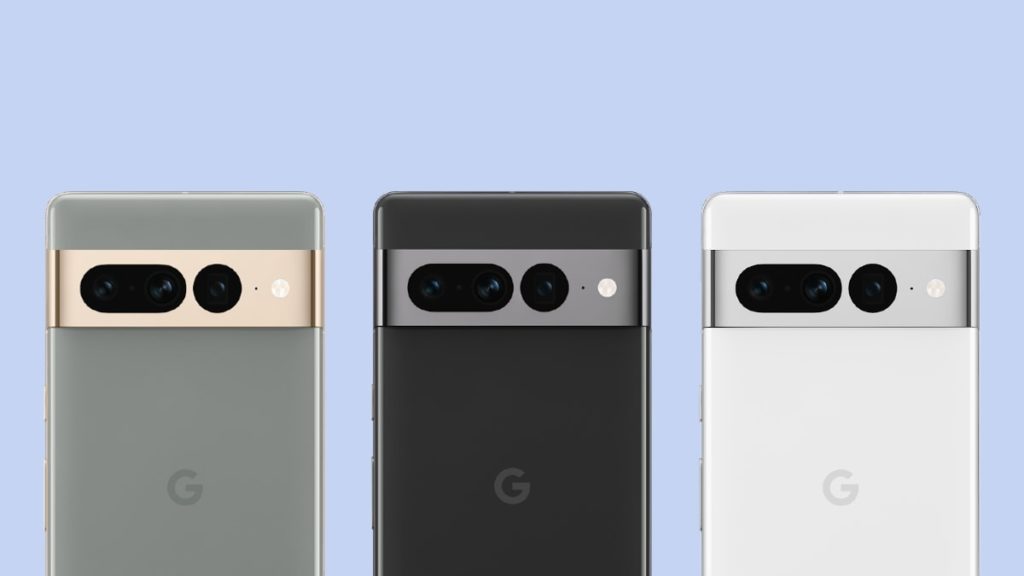 Google has officially unveiled the Pixel 7 series of devices and a bunch of other gadgets set to enrich the already pretty elaborate Google ecosystem. These Pixel 7 devices include the base model Pixel 7 and the Pixel 7 Pro.

Spec-wise, we pretty much knew all that these devices would bring to the table beforehand, partly because of Google’s seeming lack of effort in keeping anything under wraps these days. But for Pixel devices, specs haven’t really been the wow factor. The party tricks and added features are what make a Pixel device, a Pixel device.

This year is no different and the Pixel 7 series of devices comes with a few exclusive perks and features that others just don’t have. In this post, we shall be looking at 5 things that make the Pixel 7 and Pixel 7 Pro stand out from the crowd.

Privacy is the inthing in our ever-connected world. And with attackers being on the prowl today more than ever, it is worth taking an extra step, an extra measure to ensure that your device is as secure as it could be.

One way of ensuring this is by using a VPN. In this regard, Google says that owners of the Google Pixel 7 devices will have access to Google One VPN. At the moment, this feature is only available through the most expensive One plan.

Apple ditched TouchID in favor of FaceID with the launch of the iPhone X back in 2018. Since then, FaceID has proved a lot more secure and convenient, except in the era of facemasks. On the Android side of things, fingerprint unlocking still remains mainstream.

Google debuted Face unlock with the Pixel 4 but was dropped in later models. For the Pixel 6 devices, the in-display fingerprint scanner was hit or miss so bad that users were practically begging for some sort of Face Unlock.

Well, this biometric mode of authentication is making a comeback in the Pixel 7 and Pixel 7 Pro, a welcome sight.

We have all been in a situation where we take a photo of a rather important moment in our lives, only to realize that the shot came out blurry. As disheartening as that has been, we’ve had to live with that guilt.

Well, Google has set out to change that with the Pixel 7 and Pixel 7 Pro. The company says that the Pixel 7 devices features will not take blurry photos. Additionally, the devices are able to easily fix your old blurry photos.

To recall, Google set out to fix a similar issue with the Pixel 6. The devices would be able to identify faces in shots and would take multiple shots, ensuring that the faces were always sharp, even when there was motion blur in the rest of the picture.

Today, year-on-year advancements in the smartphone market are not as drastic as we saw a few years ago. This means that you can comfortably stay with your phone and not upgrade for a few years. The Pixel 7 devices are also crazily capable, meaning that they should remain relevant for the next few years.

Accordingly, Google promises upto five years of security updates for the Pixel 7 and 7 Pro. This means that users might be able to stay with the same device up to 2027 and still be assured of top-of-the-line security updates and the latest features.

Apple has been doing this for years and we’d like to see even more OEMs going this route.

Pixel devices have long been a solid force to reckon with when it comes to smartphone photography. The Pixel 7 device features and pushes the envelope even further. The Pixel 7 and 7 Pro both come with Super Res Zoom.

These are capped at 8x on the Pixel 7 and 30x on the Pixel 7 Pro. This promises to deliver crisp shots even when zoomed in, something that smartphone cameras have been struggling with for years. Pixel 7 Pro also comes with Macro Focus. This allows you to capture images of objects between one and two inches away.

The Pixel 7 devices offer the latest and greatest from a company that is effectively shaping the internet, and commanding Android, the biggest smartphone OS today. That way, these devices are a big deal.

For a price of $599 and $899 for the Pixel 7 and Pixel 7 Pro respectively, these devices are bound to make headlines in the smartphone space this year. Let’s see how they actually hold up against the Samsungs and Apples of this industry.