Recently, Google announced Messages for the web, a feature that gives users a lot more flexibility in choosing how and where they can carry on conversations. The update has been rolling out in phases and by now, all Android users can update their Android Messages and have this turned on. With this, as long as your Android smartphone is powered on, you can text from a desktop computer, and possibly or other mobile devices. These could be any number of devices, say iPads. Aside from text, you can also send emoji, stickers, and images over the web. This is more in line with Google’s push towards the next generation of mobile messaging, RCS.

How to set up Messages for Web

Setting up Messages for the Web is rather easy and pretty straight-forward. It uses the same concept we saw with WhatsApp for Web and Allo for Web. 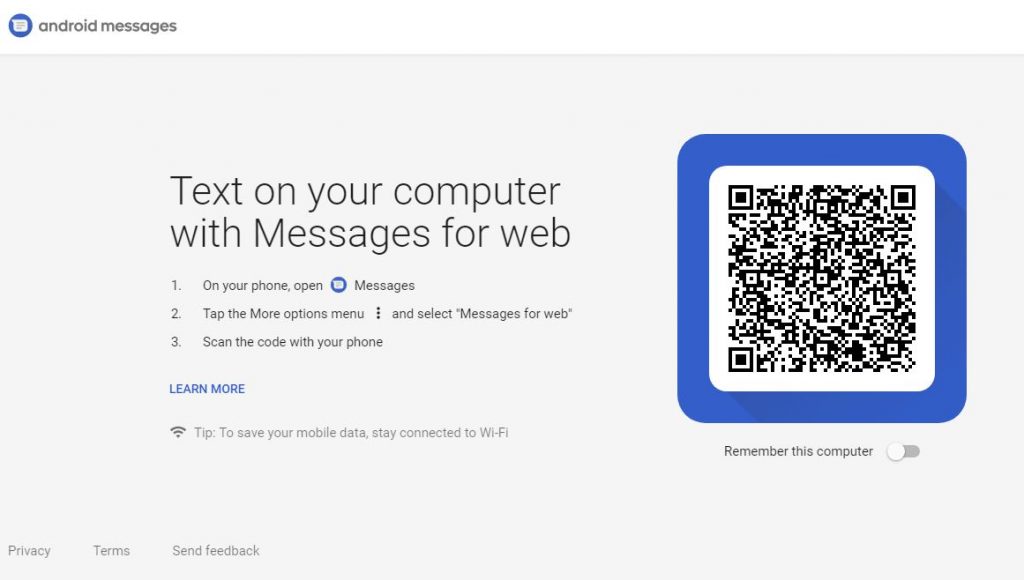