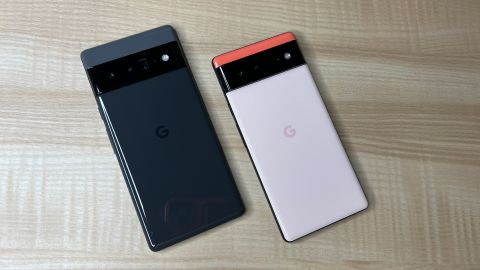 The Google Pixel 6 series has officially launched. And if all we heard about its specification and features during the launch is anything to go by, then we’re looking at a device that is a significant upgrade from its predecessor – the Google Pixel 5. To be fair, the Google Pixel 5 isn’t a bad smartphone. But as far as flagship smartphones go, the device didn’t offer flagship-level features and specifications when it launched a year ago.

However, the launch of the new Pixel 6 series – which comes with the company’s in-house Tensor processor – is an indication that Google is beginning to pay attention to its smartphones. The Pixel 6 also gets a design overhaul, with a much more premium look when compared to the Pixel 5.

The design of the new Pixel 6 is a major upgrade – it has got this premium feel to it. When you look at the rear of the smartphones, the camera setup has been redesigned. It is now a rectangle-shaped camera tray that houses the cameras. It has got the IP68 dust and water resistance rating too. Google seems to have also moved on from headphone jacks and micro SD card slots.

Google’s decision to use the Snapdragon 765G chipset (a non-flagship chipset) on the Pixel 5 launched a year ago was surprising and it was met with mixed feelings. This year, however, Google shocked us all as it announced its own chipset, Google Tensor. And according to Google, the new processor will give its new smartphones better hardware for image processing and the best speech recognition. The Pixel 6 is backed by 12GB RAM. That’s a significant upgrade when compared to the Pixel 5 (8GB). This will definitely give you a better multitasking experience.

The Pixel 6 offers so many advantages over the Pixel 5. The new premium design, massively improved camera quality, a new custom-made chipset, all make the Pixel 6 a far better option than its predecessor. And for just an extra $200, it sure is worth upgrading to. The Pixel 6 is available to pre-order on Amazon.