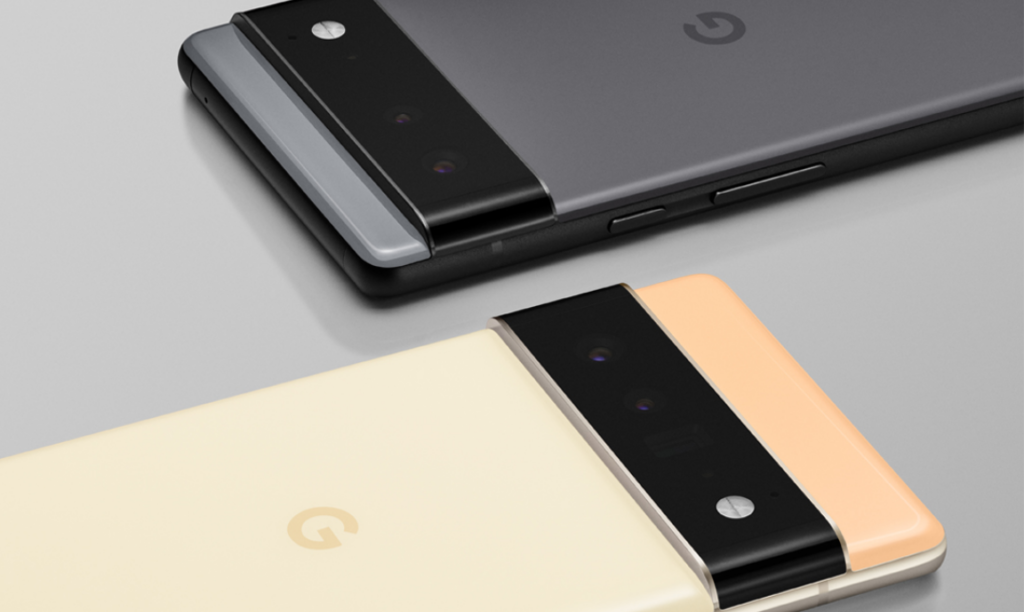 First, both smartphones come in different sizes. The Pixel 6 is a 6.4-inch Full HD display with a 90Hz refresh rate, while the Pixel 6 Pro is a 6.7-inch QHD screen that features a 120Hz refresh rate. Also, the Pixel 6 has slightly large bezels (83.4% screen-to-body ratio), while the pro version has thinner bezels (88.8% screen-to-body ratio) with a curved screen. Both smartphones also come with an In-display fingerprint sensor.

When you look at the rear of both smartphones, you will notice that Google adopted a new design for the camera tray. It is now a rectangle-shaped camera bar that houses the cameras. They both rated IP68 for dust and water resistance. They also do not come with a headphone jack. And there is no micro SD card port on either device.

Both smartphones come with Google’s brand new processor, the Tensor Core processor – a complete change from the usual Qualcomm processor you will find on a typical Google Pixel device or any other high-end smartphone. come with Google Tensor. Google says with this, it’ll be able to optimize the chipset to make the most of the hardware of the Pixel 6 and Pixel 6 Pro. The Pixel 6 is backed by 8GB RAM, while the Pixel 6 Pro is backed by 12GB RAM which will definitely give you a better multitasking experience. Both devices are available with 128GB/256GB internal storage

The battery on the Pixel 6 Pro is significantly larger than the regular Pixel 6. It is a 5000mAh non-removable battery. While a 4614mAh non-removable battery powers the Pixel 6. To support that, you get 30W wired charging on both smartphones (0%-50% in about 15mins). Both smartphones also support wireless charging and reverse wireless charging so you can top up your Pixel buds or other accessories.

Finally, starting at $599, the Pixel 6 is $300 cheaper than the Pro model which starts at $899. At the moment, both smartphones are available to pre-order, and shipping will begin on the 28th of October. You can pre-order yours on Amazon right now.