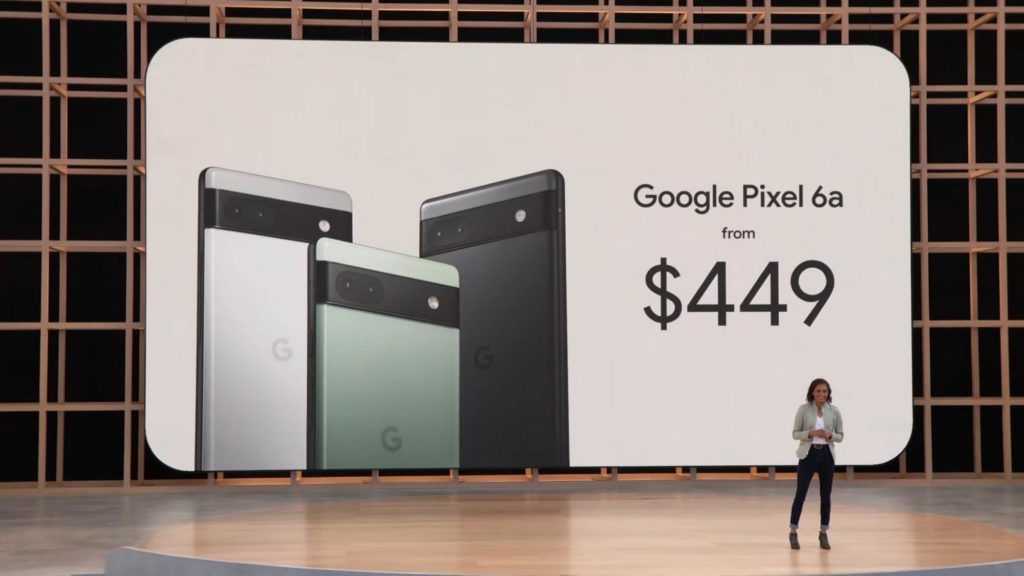 Google has just had one of its most momentous events of the year that no one really expected. Google I/O was held on May 11 and what would typically be a developer convention where Google outlines its plans for the year, turned out to be the launch of a few devices.

The rumored Pixel Watch was made official, and the new Pixel Buds Pro, and the Google Pixel 6a were also unveiled. In this post, we shall be looking at the Pixel 6a and what it offers once it hits shelves in July. Here’s what’s gotten us excited.

Since the original Pixel was unveiled, Google has cemented itself as one of the best camera makers in the smartphone space. Since then, we’ve seen Pixel devices represent the industry standard in mobile photography.

The Pixel 6 and Pixel 6 Pro devices also hang out with the big dogs of the industry when it comes to camera performance and the Pixel 6a is expected to continue the same legacy.

The launch event placed a lot of emphasis on the device’s superior lowlight performance and if its predecessors are anything to go by, this should be a really good performer in this space.

Other Android OEMs like Oppo and Samsung have come a long way and arguing that Google’s version of Android is the most polished might be met with a lot of valid backlashes but the fact remains, Google’s Android is quite the wholesome smartphone experience.

The Pixel 6a boasts of many Pixel-exclusive features like the magic eraser that allows you to remove people and objects from photos after they’re taken with little fuss and no advanced photo manipulation skills.

Yes! No Mediatek or mid-range Snapdragon chip here. Instead, the Pixel 6a will be the third device from Google to run on its in-house Google Tensor Chip that we’ve seen on the Pixel 6 and Pixel 6 Pro.

While not exactly the benchmark test-topping chip out here, it boasts of solid performance in AI computational photography, and many other aspects that make more sense to the day-to-day usage of the smartphone.

Also, since Google will be handling the software and hardware, we can expect some serious level of optimization, just like Apple does it with the A-chips on the iPhones.

Over the past few years, we have seen more and more OEMs coming out to promise support for their devices for longer and longer. And this makes sense since these new devices are clearly overpowered for their current needs, making them still capable years down the road.

With the Pixel 6a, Google promises software updates and support for up to 5 years. This means that users who opt to purchase this device next year or even the year after, will still have a solid device. This ensures a level of timelessness to the device.

The Pixel 6a will start at a rather reasonable $449 when it finally hits shelves in the next few weeks. Google says that the Pixel 6a, along with a few other products like the Pixel Buds Pro, will be available as from late July so stay tuned for more on that.

What are your thoughts on the Pixel 6a? Will you be ordering one? Tell us in the comments section below.