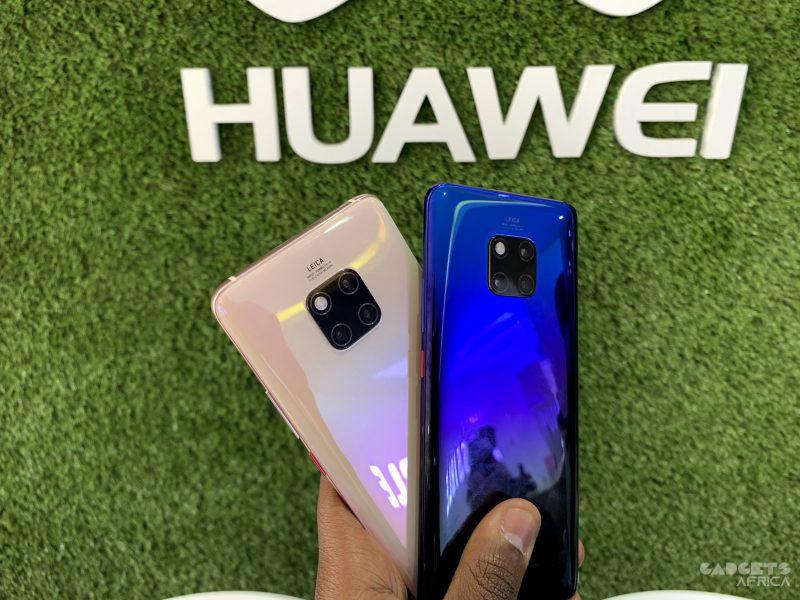 Huawei had a great year 2018, well, except for the part about its woes in the West with many countries banning the use of their equipment, that must have sucked. But their flagships, the Mate 20 and Mate 20 Pro were some of the best devices of the year.

Huawei Mate 20 Pro combines high performance, longer battery life and a greater camera capacity with a 40MP main camera, a 20MP ultra-wide-angle camera, and an 8MP telephoto camera, a total of 3 rear-facing sensors. Together, the trio of lenses supports a wide range of focal lengths effectively enabling it to mimic the results from professional cameras.

Today, these two beasts have been officially launched into the Kenyan market to take on the likes of the Galaxy Note 9 and the 2018 iPhones. The Mate 20 and Mate 20 Pro bring so much to the table.

One of the most notable innovations on this device is the major improvement . It houses a large, high-density 4200mAh battery, and supports 40W HUAWEI SuperCharge, which gives the device 70 percent charge in 30 minutes.

Like the iPhone X’s face unlock, the Mate 20 spots hardware like the 3D Depth Sensing Camera System located at the front. This allows the devices to accurately read the facial features of a subject and recognize even small details. Besides user authentication, this suite of sensors also enables the portrait beautification effects to be realized in a more natural and effective way.

The HUAWEI Mate 20 series also features an fingerprint sensor. The company has evolved the design of its fingerprint sensor to achieve better speed and success rates. It can pinpoint the location of a user’s finger on the screen, and remove the on-screen prompt immediately when a user removes his or her finger.

The Mate 20 and Mate 20 Pro will be available in selected outlets from Monday retailing at Sh75,000 and Sh100,000 respectively