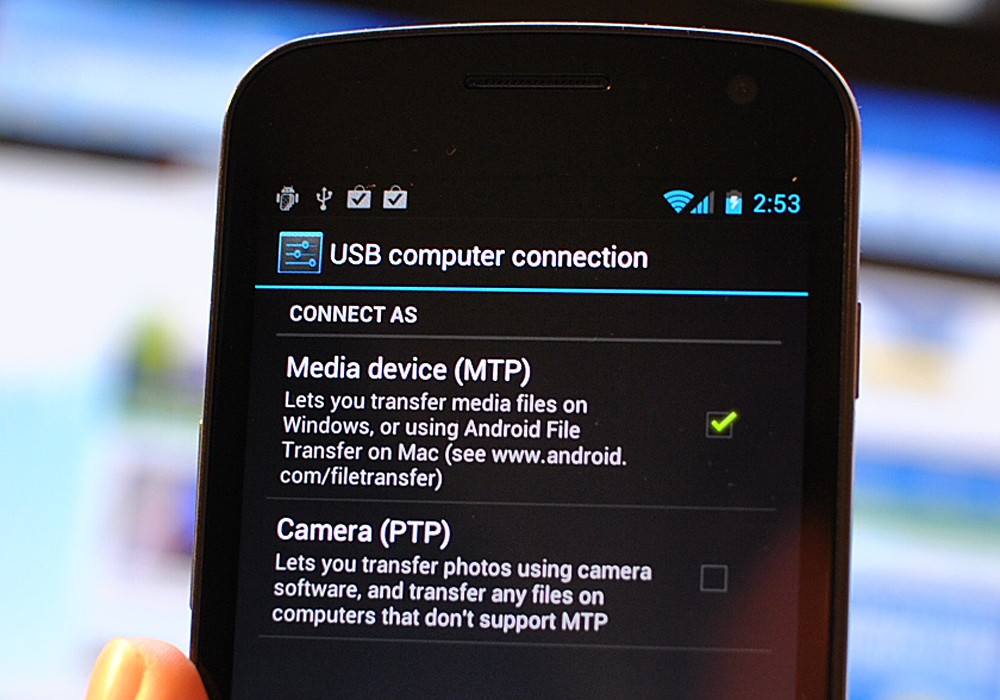 Don’t know if you realized that when transferring media, connecting the Android phone or tablet to a computer as a standard USB storage device comes with different USB connection protocols available. On a modern Android device, you may have to choose between MTP and PTP; and the choice is limited to MTP, unless your device only supports PTP – like if you use a standalone digital camera.

If your Android device is quite old, you may be forced to use USB mass storage. But our focus today is on MTP, and how different it is from USB Mass Storage.

What is Media Transfer Protocol?

To define it, Media Transfer Protocol (MTP) is an extension to the Picture Transfer Protocol (PTP) communications protocol that allows media files to be transferred atomically to and from portable devices. It has evolved – from mere use as a protocol for transferring audio files to digital music players using Windows Media Player and similar applications – into a key tool for file transfer.

The MTP standard was revolutionary in stopping OEM’s and carriers from giving users chunks of storage space and very little application space; yet doing away with the shortfalls of USB mass storage. With the latter, when you mount the storage partition be it an SD card or the internal storage, you’ve surrendered the entire partition to be used by the computer to which you connect.

USB mass storage is the standard protocol used by USB storage devices such as flash drives, external hard drives, SD cards, among others. Like we’ve seen, the drive makes itself completely available to the computer, just as if it were an internal drive. MTP works very differently from USB mass storage as it operates at the file level.

When you delete a file, your computer sends a signal to the device saying, please delete this file, and the device can delete it. Android can choose the files it presents to you, and hide system files so you can’t see or modify them. If you attempt to delete or edit a file that can’t be modified, the device will refuse the request and you’ll see an error message.

To select a USB connection protocol, open the Settings app, tap Storage, tap the menu button, and tap USB computer connection. You’ll also see the protocol your device is using as a notification when it’s connected to a computer via USB.

In Windows Explorer, Plug your device in the computer, choose MTP as the connection type, and Windows will find the driver and you’re ready to go. Linux includes offers for MTP devices via libmtp, and MTP devices as well appear on Linux desktop’s file manager.

Apple’s Mac OS X doesn’t include MTP support at all since the iPod, iPhone, and iPad use their own iTunes. Google provides an Android File Transfer application for Mac OS X, a simple MTP client that works for transferring files back and forth on a Mac.

One thought on “What is Media Transfer Protocol (MTP) on Android phones?”