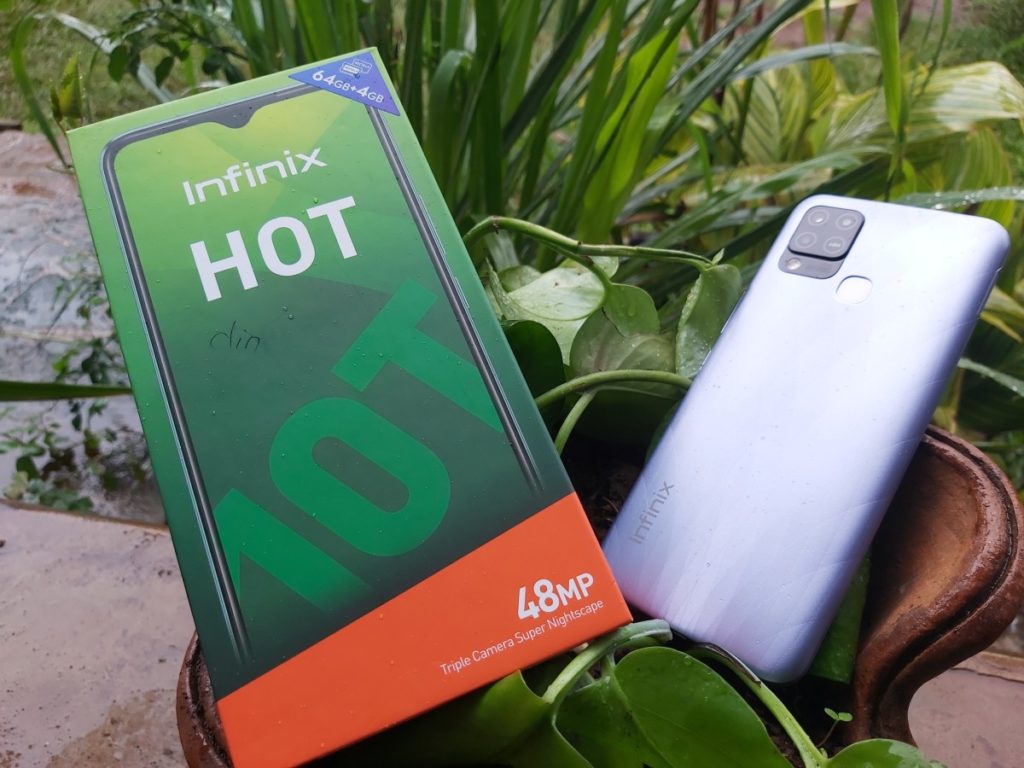 Here’s the thing, the smartphone industry is, for the most part, fixated on the top tier segment, the $1000 Samsungs and iPhones of the world but most people don’t really need all the power they come with.

The high-end Snapdragon 888 packs more power than most laptops and in all honesty, there are only a few people that need that much power. For the average user, this is complete overkill and you’re better off with a device from any other segment of the market.

Now, here’s an interesting question. How much smartphone can you get for under Ksh 20,000 ($200)? MKBHD’s famous quote in cheap smartphones getting really good, does hold true in this segment. Of course the other half of this saying about good smartphones getting cheap doesn’t exactly hold true but thats a debate for another day.

Before we get into the meat of it, we have already covered some content on the Infinix Hot 10T and you can check that out in the links below.

Now that you’re all caught up, I have a few confessions to make. I have always held Transsion products in relatively low regard, owing to the build quality issues and half-baked software that’s coupled there-in. Also, I am a stock Android fanboy and I tend to appreciate custom skins that revolve around that specific look and feel.

Also, my daily driver is a Samsung Galaxy A70 running Android 11-based OneUI 3.1 with all its unapologetic ‘Samsung goodness’ so this is where I am coming from when starting to review the Infinix Hot 10T.

I got the Infinix Hot 10T on launch day and you can check out my initial impressions in the post linked up-top. Of course, a few things only become apparent once you use a product exclusively for an extended period, past that proverbial honeymoon phase.

The Infinix Hot 10T is a big device, no doubt about that. the display is a whooping 6.8 inches across. The device comes with an included case which I chose to use and that only goes to add to the device’s bulkiness.

The tapered edges of the device ensure a pretty comfortable fit in the hand, a stack contrast from say, the latest iPhones’ boxy nature. All the buttons are placed in familiar locations although I honestly felt like the fingerprint sensor placed a little too far up the body of the device.

I also appreciated the bottom location of the 3.5mm headphone jack as I am still stuck in the stone age at a time when Airpods and Wireless Buds are the in thing.

While still at the bottom, can we talk about the antiquated port that Transsion insists on packing on its devices?

Hey Transsion,
It is me again. Look, guys, we know you’re trying to cater to the needs of the local man but, in 2021, there’s really no valid reason to not have a USB-C on your devices, no matter how low-end they are.
Thanks.

So in Kenya, we have this one carrier, Faiba4G. This carrier offers pretty decently priced data packages but one hermatia has been the fact that they operate on the 700Mhz 4G band that isn’t as widely supported. i know my metric is a little flawed but any device I use that does support Faiba4G gets a massive win in my book.

The Infinix Hot 10T does fully support Faiba4G on both data and voice (via VoLTE). I was also able to easily connect to Safaricom’s VoLTE network and the connection was stable everywhere I went (which, admittedly, wasn’t much owing to the current state of the world) so make of that what you may.

There’s this question I like asking my techie friends. Would you rather have an all day battery or have a fast charging device? On the Galaxy A70, I didn’t have to choose one of this as it packs a 4500mAh battery that can last me through all but the heaviest of days, plus it has a 33W fast charging. if I was to have it my way, this is what I could have chosen.

The Infinix Hot 10T comes with a massive 5000mAh battery. Couple that with the power-sipping 720p display and a fairly power-efficient Mediatek chip and you begin to see where I am heading with this.

I have a particularly battery-heavy workflow. I have my mobile data turned on all the time and for the better part of the day, I have my smartphone hotspot on. Add a few hours of YouTube, Twitter, music streaming and phone calls and you see why my device often dies out on me or needs a top-up later in the afternoons.

I honestly struggled to kill the Hot 10T in a single day. I would get upto 9 hours of screen-on time which, I now know isn’t such a big deal for some of you but I was blown away.

The Infinix Hot 10T runs Android 11-based XOS 7.6.0 out of the box. I received one OTA update soon after unboxing and that brought with it the march 2021 security patch. But then again, Transsion hasn’t really been big on the whole security updates thing, or updates in the first place.

In true Infinix fashion, the device came with a few too many bloadware apps but luckily, many of those are uninstallable and the ones that cannot be uninstalled, can be disabled.

I would advice anyone getting this device to take the first 10-20 minutes to uninstall everything you don’t need and leave the essential system apps. This, to free up storage for apps that you will actually use and to minimise the number of ads that these devices are known for.

The built-in XOS Launcher offers a lot of functionality and features that it can appear intimidating to someone that’s used to ‘cleaner’ setups. This launcher embraces the customizations.

Of course, there are the usual icon size, columns and rows settings but Infinix goes on to throw in many more tweaks such as the ability to hide apps from the launcher, smart arrange and many more.

Again, Infinix could do with a little less advertisement on this as the UI is interspersed with blanks real-estates that I can only assume are meant for ads as the few occupied ones only push for Infinix services.

The Hot 10T is powered by Mediatek Helio G70 chip. This chip has been loosely compared to the Qualcomm-made Snapdragon 665 although the Helio G70 takes the Snapdragon 665 by far, winning widely at AnTuTu and Geekbench.

The Snapdragon 665 powered some of our favorite devices including the Xiaomi Mi A3, Oppo A5 2020, and the Redmi Note 8.

Infinix has come a long way over the past few years and its recipe seems to be working out because otherwise, the brand wouldn’t hold the position it does in the African market. Clearly, they’re doing something right.

The Infinix Hot 10T is a good example of this recipe. The performance and feature-set are pretty modest but still enough to offer users a pretty respectable Android experience. Of course, Infinix still needs to address a few aspects like, offering a better display and moving over to USB-C. Also, we could use a little less bloatware and fewer ads on XOS.

We’re working on a camera review of this device so stay tuned to that and more in upcoming posts.