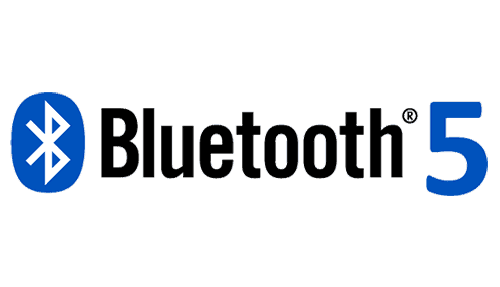 Bluetooth technology is a regular term in this current technology era. It’s one of the most common & simplest means of connection between devices thanks to its wireless nature and reliability. Smartphones, headphones, speakers, fitness trackers are amidst numerous devices that support this wireless technology. The latest innovation of the brand is Bluetooth 5.

A brief history of Bluetooth

As far back as 1994, Bluetooth was invented by Ericsson. The company was named after the 10th Century Denmark King, Harald Bluetooth. In 1998, Bluetooth Special Interest Group (Bluetooth SIG) was formed. As at then, the Bluetooth SIG comprised of Ericsson, Nokia, IBM, Intel and Toshiba.

Currently, the Bluetooth SIG has over 30,000 member companies which have contributed to the technology’s immense progress ever since. The first time Bluetooth made it into a phone was in 2001. Unsurprisingly, it was an Ericsson phone – Ericsson T39.

There are a couple of new features present on this 2016-released Bluetooth 5. You’ve probably got a lot of burning questions about it. Well, here are the things you should know that makes it different from the rest of the pack:

Let’s start with the naming system; the way Bluetooth 5 is named differs from the others. The “v”, “.” and “decimal number (such as 0 and 2)” have been completed removed. Unlike the Bluetooth v4.0 and v4.2, the brand has made its name simpler.

Bluetooth 5 is twice faster than the v4.2 when it comes to transferring of data. The v4.2 has a transfer rate of 1Mbps while that of Bluetooth 5 is 2Mbps.

One of the advantages of Bluetooth 5 is its low power consumption. The version’s technology has more focus on the Bluetooth Low Energy (BLE) protocol, hence, less battery consumption.

Practically, if it communicates more data per seconds rate, the amount of time it will do that is also at a reduced rate. In other words, the faster transfer speed also implies its low power consumption rate.

As much as quadruple the range of Bluetooth v4.2 is what the Bluetooth 5 offers. This innovation utilizes a long-range mode that can communicate with devices found at regions beyond 600 metres. During the testing phase, the Bluetooth 5 was able to record as much as 800 metres range.

When a Bluetooth device, especially BLE works, it is usually operating in any of these three states: Advertising, Scanning or Connected. Advertising means the device has sent out advertising packets for the other device to scan (here’s the scanning aspect). Then, the broadcasting packets allow the connection to take place after the scanning device pairs with it.

Bluetooth has 255 bytes of this broadcasting data which is over 8 times more than the original 31 bytes payload data limit.

Internet of Things (IoT) will have more communication due to this fresh Bluetooth standard. New features have been included in this version in order to enhance how these IoT interact.

According to Bluetooth SIG, “Bluetooth 5 continues to drive this revolution by delivering reliable IoT connections and mobilizing the adoption of beacons, which in turn will decrease connection barriers and enable a seamless IoT experience.”

On the downside, it will require both devices to be supported with the Bluetooth 5 before the new features can be enjoyed fully. That doesn’t take out the fact that both devices can connect normally at any point in time.

More so, the Bluetooth 5 lays the groundwork for the future of further Bluetooth generations. This wireless technology has more focus on improving IoT interaction, so, the next line of Bluetooth versions will provide an advanced & smart relationship for the complex global IoT.

One thought on “Bluetooth 5: What is new?”