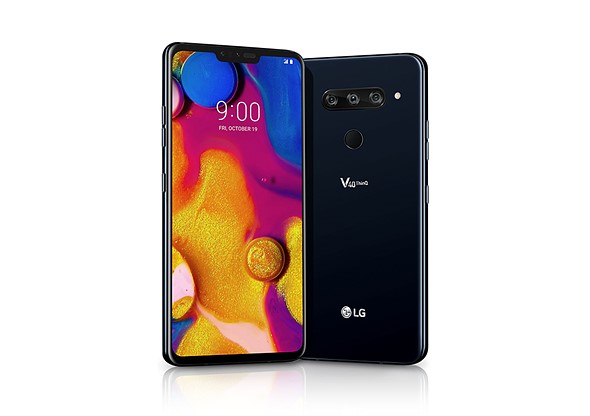 Smartphone manufacturers have really upped the game when it comes to the camera region of smartphones. Not so long ago, we saw the first smartphone from Samsung with triple rear cameras. Now, we have on our hands, the first LG smartphone with Penta camera – LG V40 ThinQ.

Unlike other LG flagships released this year like the LG G7 ThinQ and LG G7 One, the LG V40 ThinQ takes the camera game to a whole another level. Talk about a phone that features both ultra-wide lens and telephoto sensor all in the back region, the V40 ThinQ won’t be far away from the freedom of the mouth.

Asides the camera glory, there are other crispy features that make this smartphone one of a kind. These exceptional features will be highlighted as we dive deeper into the Penta Camera Wonder from LG.

When phone screen panels are mentioned, OLED displays usually have a class of their own. The display technology has found its way to not just smartphones alone but TVs too; talk about class! In fact, check out this article on smartphone display technologies to get the full gist of what I’m talking about. The South Korean manufacturer, LG took its time to manufacture its own P-OLED panel that serves as the display of this phone.

Even more, the P-OLED screen rakes a high 6.4-inch size with a 19.5:9 aspect ratio. Thanks to an impressive QHD+ resolution of 1440 x 3120 pixels, the device’s Full Vision OLED relays multimedia with excellent crispness. Added to this, there are HD10 support and Dolby Vision thrown into the mix.

Smartphone with the “Second screen”… 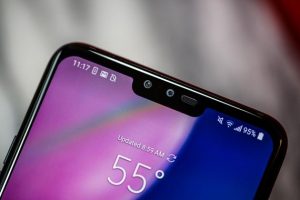 LG actually touts the V40 ThinQ as a smartphone with a “Second Screen”. The second screen name stems from the phone featuring a notch at the top of its display. The notch can be made to disappear in the Settings menu but the status bar will have to be sacrificed.

On the phone’s screen, a Corning Gorilla Glass 5 is there to shield the device from shattering if it falls. This same protective glass is also covering the rear aluminium surface of the smartphone. After the phone was subjected to several endurance tests, it was certified with an IP68 rating and MIL-STD-810G compliance. 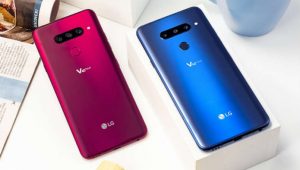 Oh yes, the aspect of the phone that has the major spotlights – the Penta Camera. Breaking it down, there are three cool cameras at the back while two are positioned at the front.

The rear cameras comprise 12MP main sensor with OIS and f/1.5 aperture, 16MP ultra wide-angle lens with f/1.7 and 12MP telephoto 2x zoom lens with f/2.4 aperture. Triple Shot feature gets active due to this triple rear cam. It encompasses how the three lenses can capture images individually and convert into a short video.

At the frontal zone, an 8MP main sensor with f/1.9 plus a 5MP wide-angle shooter with f/2.2 are responsible for excellent solo selfies and groupies.