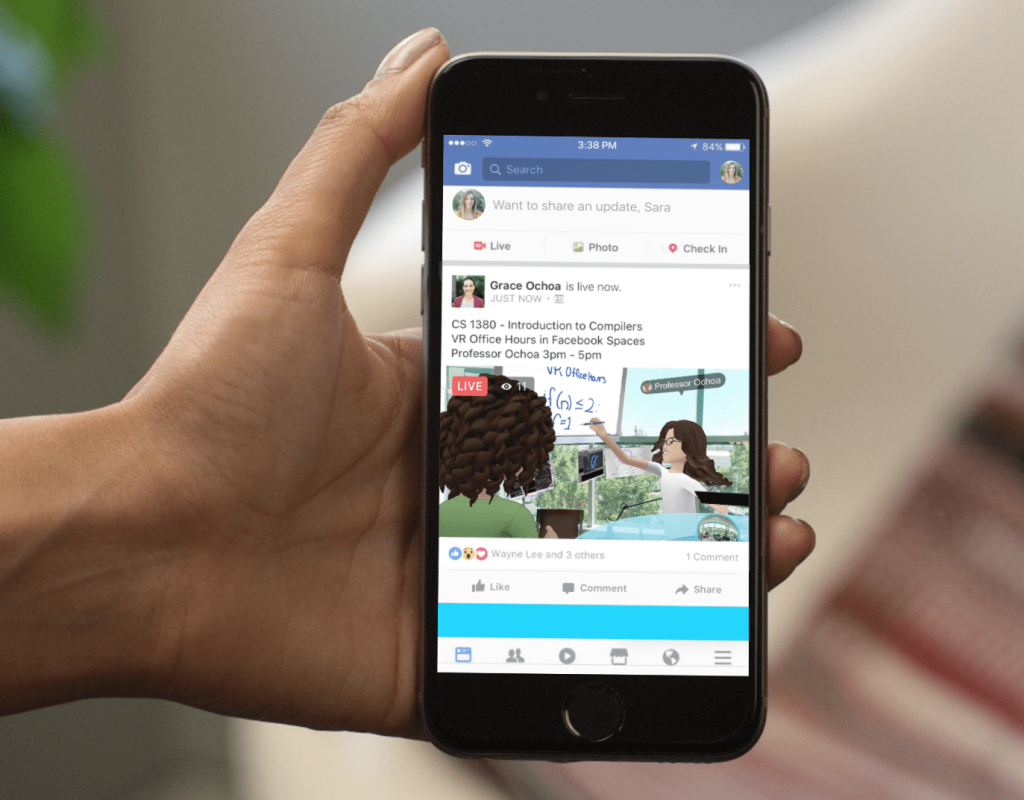 Virtual Reality might be a long way from achieving a strong market, but Facebook is doing its best to make the technology much more popular. In a bid to combine its top trending features, the social network is now allowing users of its Oculus Rift to live stream themselves inside VR to their friends and followers directly from the Spaces app.

Spaces is a Virtual Reality application, which was launched in April, that lets up to four users play with their avatars in a completely simulated environment.

So, Facebook Live is being joined-up with Spaces by a virtual camera that can capture a similar environment, as in the app. This also involves sharing photos, watching regular and 360-degree videos, sketching using virtual markers, and making video calls – in an attempt to include Messenger users to the dialogue.

A user will host some sort of virtual reality discussion, and be able to stream it to all of his followers, regardless of whether they are tuning in via a mobile phone or  desktop browser. There is room for the interaction to even go on with in the comments section, with the ability to instantly turn any interesting comment into a sign that everyone watching from the outside can see.

With many taking it for hardcore gamers only, Facebook looks keen on achieving its goal of a virtual reality experience for everyone. The only limiting factor though is that Spaces is only available on the Oculus Rift at the moment. There are however plans to release it on more platforms in the future.

Besides, the new feature could as well boost the sales of the Rift, which seems not yet a favorite for the Technologists out there.