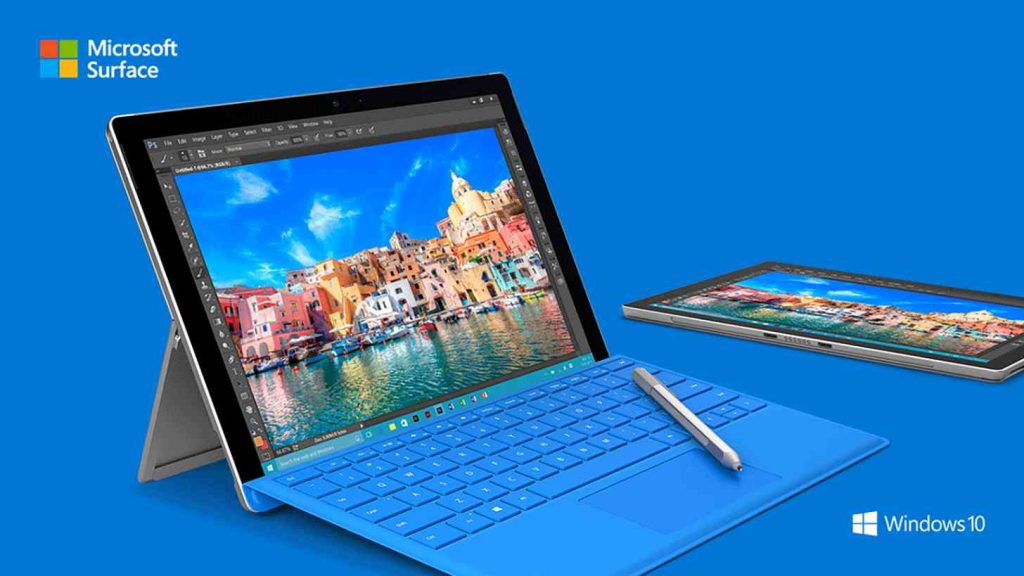 Microsoft came with a bang this year and it doesn’t see like it’s ever going to slow down. With a variety of Surface devices that are designed to replace your laptop, there’s something for everyone; from students to professionals and executives.

First there’s the Surface Book with a detachable display, the Surface Pro with a kickstand, and now the new Surface Laptop that is the most advanced traditional laptop Microsoft has ever made. Obviously every device has its strengths and weaknesses and if you’re thinking about buying one of Microsoft’s Surface devices, here’s how to make a decision.

Almost two years old now, the Surface Book is far from perfect. Microsoft created the Book with a detachable display, and it’s something one would rarely use. You can push a button and the display will release and transform into a large tablet. It’s suitable for taking down notes or showing friends YouTube videos, but unless you’re a designer, it’s not a feature you’re likely to use regularly.

Using the Surface Book as a tablet isn’t ideal but still works. Battery life when detached from the base is only around three hours, and it doesn’t have a kickstand to pop it up on a desk or table. Windows 10 still lacks tablet apps, so it’s best for basic tasks like watching videos or browsing the web. If that’s all you want to do, then its a good choice for you, but for anything more you’ll want a dedicated tablet like the iPad. 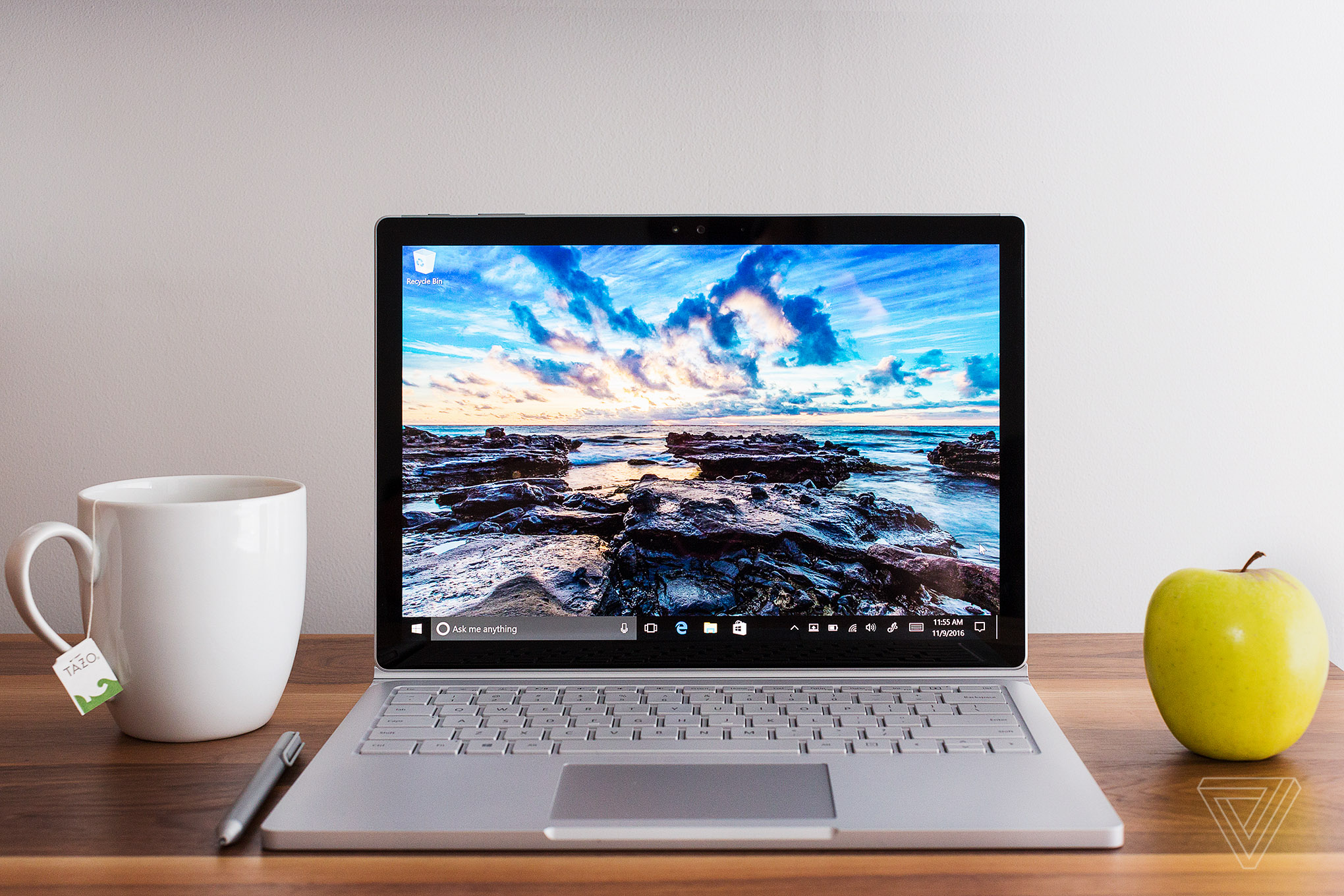 If you stick to using the Surface Book as a laptop, you’ll have a better experience. While the display is a little wobbly and top heavy at times, the base for the keyboard is sturdy and great for writing long emails or typing out dissertations. Even though you’re the kind that doesn’t like touching the screen, occasionally you will be tempted to reach up and swipe away notifications, scroll a webpage, or pinch-to-zoom on a picture (after all it’s a touchscreen.). A touchscreen on a laptop isn’t essential, but you’ll notice a lack of one if you get used to something like the Surface Book.

The overall dimensions of the Surface Book make it heavier and chunkier than most 13-inch laptops, so consider that if you’re looking for a lighter laptop. The bonus of this heft is the battery packed into the base and the option to get a model with an additional GPU inside. The GPU-equipped Surface Books make a big difference for you if you’re using them with external monitors and apps like Photoshop, and I’ve found the battery life on the Surface Book is solid at around seven hours for mixed usage.

NOISY FANS ON THE SURFACE PRO

If you’re looking for a noiseless fanless design, then the Core i5 model will work great for you (and it’s not a Core M chip inside). During regular use, you’ll not notice the fans, and if you happen to hear, then you’re in a really quiet place with no people or much activity (probably the Amazon Jungle or something), which is wildly different than the Surface Pro 4 that would spin its fans up at every opportunity.

The biggest drawbacks to the Surface Pro are the display size and the kickstand. You can use the Surface Pro as a laptop replacement, but when travelling to conferences and tradeshows, it’s a little difficult to use on the lap for long periods of time. The kickstand isn’t sturdy enough, and the keyboard has a lot of flex when it’s not seated on a table. Microsoft’s 12.3-inch screen size is just a little too small, when you prefer bigger screens.

One of the other benefits to the Surface Pro is its weight. At 2.3 pounds with the Type Cover attached, it’s barely noticeable in a bag. You can occasionally travel into the office with the Surface Pro on days when you don’t want to carry the significantly heavier laptop. 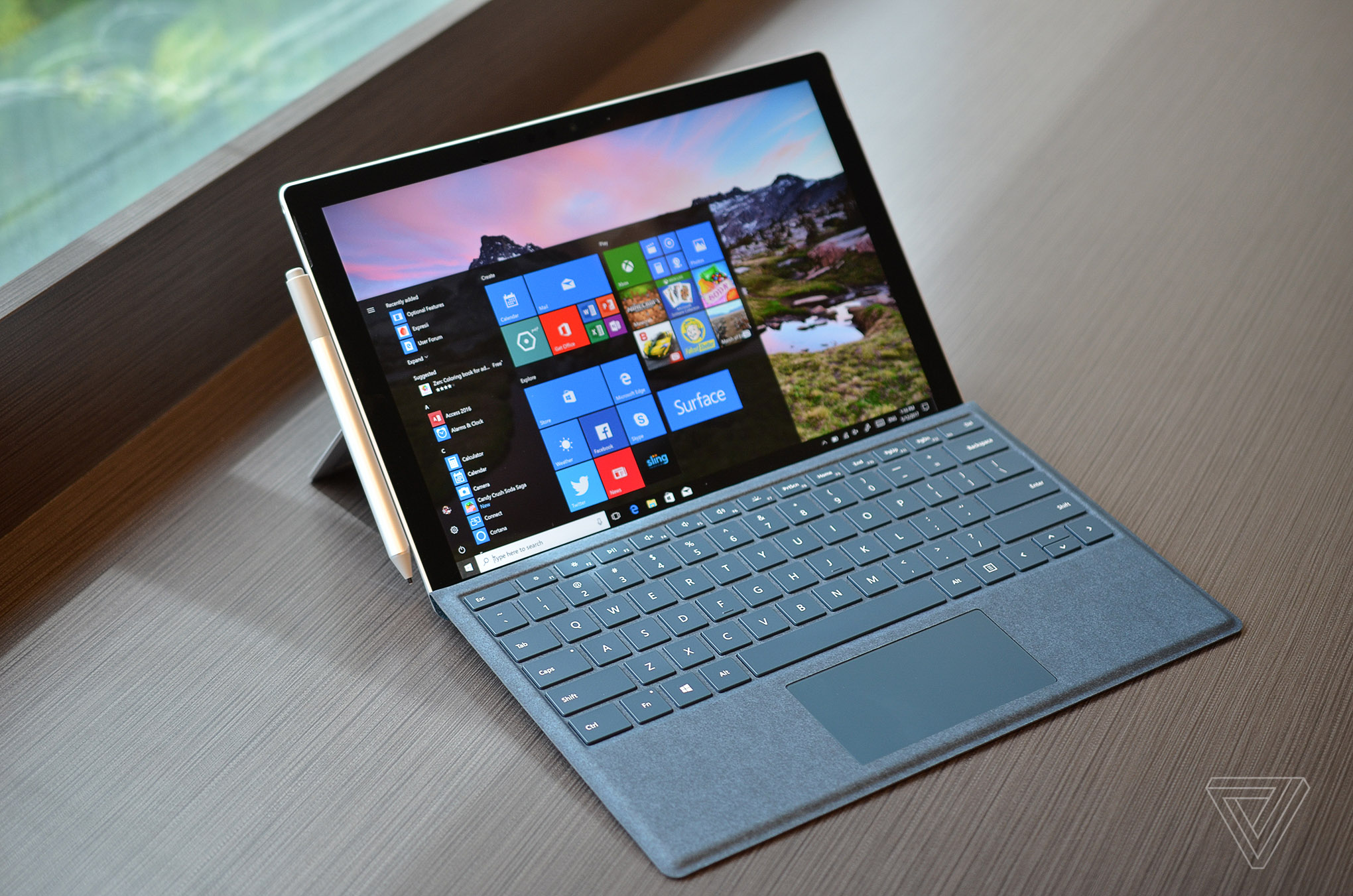 Microsoft’s newest Surface is an actual laptop as most people think of them. The wedge-like design is very similar to the MacBook Air, and the Surface Laptop comes in striking colors to set it apart from most other laptops on the market. It also comes with Windows 10 S, a new version of Windows 10 that’s designed to only run Windows Store apps. You can quickly upgrade to Windows 10 Pro free of charge, and I’d recommend doing that immediately if you use a lot of traditional Windows apps.

The Surface Laptop comes with the alcantara fabric that’s used around its keyboard and palm rest. You just have to keep wiping it down if you’re not the messy kind of person and you’ll have probably little to worry about. The fabric feels great to rest your palms on, and the keyboard is a lot like the one found on the Surface Pro. That does mean there’s a little flex, but it’s nowhere near as much as the Surface Pro Type Cover.

The Surface Laptop’s 13.5-inch display is really great at color reproduction, except worrying about adjusting the angle a little more. I know you would prefer a USB-C port on the Surface Laptop, but for most people this won’t be a concern. Battery life on the Surface Laptop, whether or not you use Windows 10 S, is a solid eight hours. That’s enough for to pack this away in your bag without a charger and leave for the day.

If you’re looking for just a regular laptop that doesn’t covert into a tablet, then the Surface Laptop is that simple device. It’s likely going to be the laptop to recommend to most Windows users. 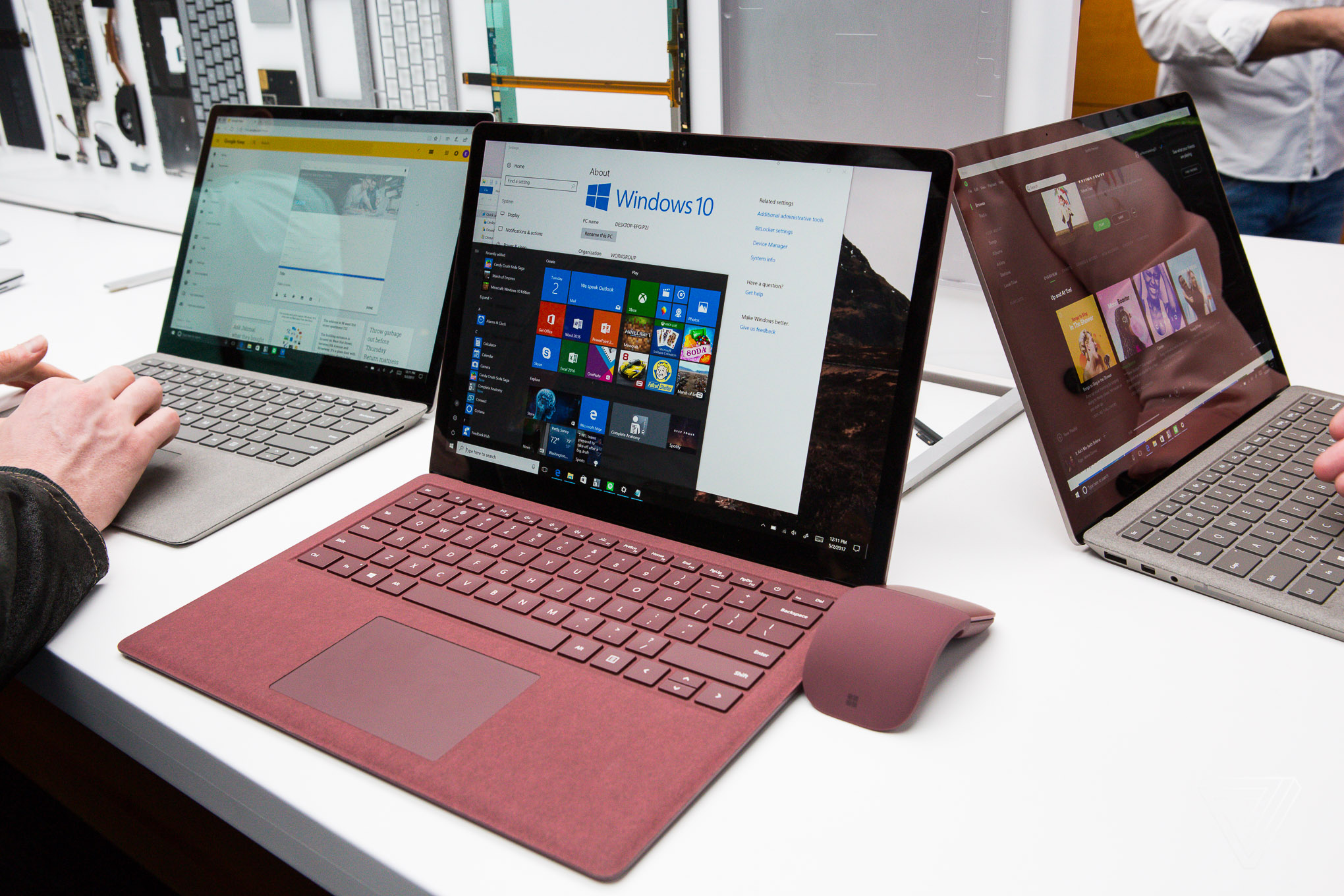 But if you’re planning on buying all the three, then here’s the simplest suggestion break down