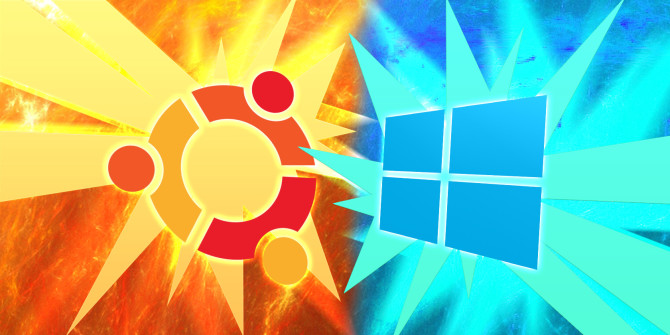 First of all, I feel like I should make this very clear, I’m no geek. Or maybe I am, but the term I feel accurately describes me if a ‘tech enthusiast’. Countless times, people are awed when they look at my desktop and it doesn’t look like anything they’ve seen. “Ubuntu”, I tell them. “What’s that?’ “It’s a Linux-based operating system”. That’s where most of them give up, knowing I’m about to melt their face with tech stuff they don’t really care about.

Some press on and want to know why I use it over Windows. This inspired me to do this, and explain why I use Ubuntu. There are tons of reasons why people would choose to use Ubuntu full time. Here are my reasons.

Dealing with drivers is a plight anyone who installs Windows dreads so much. Even in neatly organized scenarios where you get your drivers from your hardware manufacturer, there are runaway cases where things go tits up. You don’t deal with this in Ubuntu. In the rare cases where things don’t quite work well or when you are using proprietary hardware, the fix is always a few clicks away.

Ubuntu has a light footprint on the computer resources. On a modest spec’d 2014 laptop, the system taking up only 2% of the CPU leaves a lot of room to do other things. Windows 10 64bit without background apps running runs the same CPU at 40%.

There are tons of desktop environments that you can install and run on Ubuntu for a fresh new look every time you log onto your computer. From the simplicity of Unity to the functionality of KDE or the Windows-like Mate, there’s something for everyone.

Unlike Windows, when using Ubuntu or any other Linux distro, you don’t worry about malware or viruses. This is not to say there aren’t viruses that afflict Linux systems, there are. A simple open-source Firewall does suffice though. This is one less expense for your computer as the budget you’d have used to buy that Kaspersky license.

The switch from Windows isn’t that drastic anymore. Gone are the days when you had to sacrifice the world to use Linux. There is a Linux alternative to everything you’d want to install on your Windows if there’s not already the same program for Linux. Google Chrome, Firefox, Opera, Spotify, WordPress, just to mention but a few, already have fully supported and maintained Linux clients for their respective programs.

Ubuntu being an open-source program means it’s free to download and use. No more worrying about licenses or if you are for that kind of life, illegal cracks, and patches.

There are a lot of great free apps for Ubuntu and Linux as a platform. Gimp and VLC are primary examples.

If you run into an issue you don’t know how to deal with, worry not. The community support around Linux distributions and Ubuntu, in particular, is exceptional. Forums like the Ubuntu Forum, OMGUbuntu, Noobslab, and many others have tons of guides to help you out of whatever sticky situation you might find yourself in.

Maybe you are not ready to take the plunge just yet. You are covered. Ubuntu, Linux Mint, and a host of many other Linux-based operating systems allow for dual booting alongside Windows or macOS. This way you get to experience the best of both worlds.

The list of reasons for using Ubuntu and Linux over windows is endless. Most people use Ubuntu just to be different, and that is okay. What is your reason? Tell us below.

One thought on “Why use Ubuntu as your primary Operating System?”