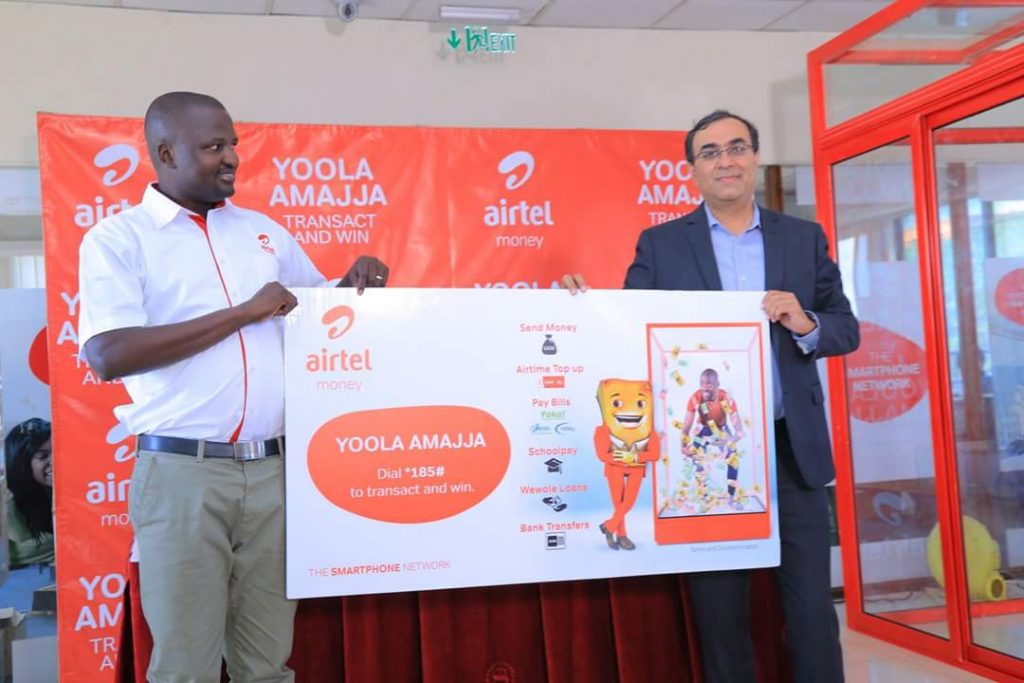 Airtel Uganda officially launched a new campaign dubbed Yoola Amajja, a 90-day campaign where they will be giving Airtel Money subscribers a chance to win up to UGX 2,000,000 daily when they carry out any transaction using the Airtel Money platform.

Yoola Amajja, unlike other campaigns that focus on Kampala district, is different as it is going to give Ugandans in 21 different territories of the country an opportunity to win this money through regional activations that will be carried out throughout the course of the 3-month period.

Airtel has seen its mobile money platform grow over the past few years, registering massive growth; not only in the number of users, but also in the volume of the transactions done. The Telecom company feels it prudent to reward Airtel Money customers for their loyalty and trust on the platform.

Airtel Money users in rural Uganda also have a reason to be optimistic as the promotion will see Airtel Uganda teams travel to over 21 territories across the country giving lucky customers a chance to grab up to UGX 500,000 throughout the 90-day promotion period through the on-ground activations.

The same people still stand a chance to be a part of the weekly draws if they carry out 3 or more transactions within a week using Airtel money.

To take part in the Yoola Amajja promotion, Airtel Money customers should dial *185# on their phones and carry out any 3 of these transactions weekly;

Mobile phone numbers of customers that make any 3 of the above transactions in a week will be placed in a randomizer from which 5 lucky winners will be allowed into the cash box to grab up to 2 million shillings each.

All transactions will be charged the normal Airtel Money fees and winners will be strictly contacted by the mobile number 0752-600222.