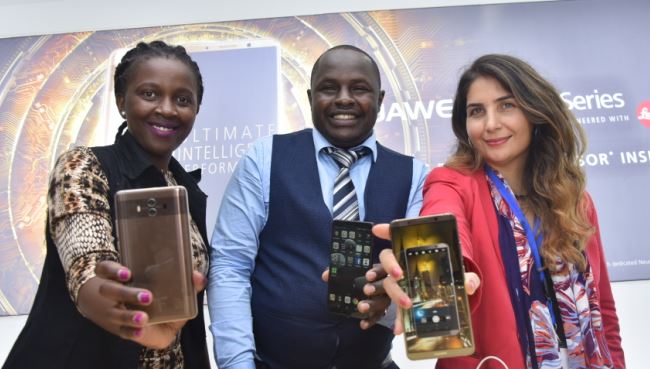 On 22nd November, Huawei Kenya officially unveiled their 2017 flagship, Huawei Mate 10 in partnership with Jumia. The agreement sees the e-commerce site sell the device exclusively for 2 weeks, before it can be available in retail shops across the country.

The Mate 10 comes in a sleek glass design, a huge battery to power the beast and a lot of power under the hood. It also packs a few nifty tricks

It also spots a 3.5mm audio jack, a fading fad in 2017, and USB Type C for all other connectivity.

The Kirin 970 chipset kicks ass in power efficiency and memory management. Huawei uses its custom file system and AI engine. This means the phone will last and is future proof. It should also retain upto 90% of its performance after 18 months of use. This is particularly important seeing as the average smartphone owner upgrades once every 2 years

UPDATE: As a Black Friday offer, you can now get the Huawei Mate 10 on Jumia with a KSH 2000 Discount and a free 5000mAH Power Bank.