Try to imagine manoeuvring a computer without the trusty QWERTY keyboard (could also be AZERTY or whatever else you’re using). Hard, isn’t it? Perhaps the future might have some new innovation in store but for now, it’s unfathomable to live without a computer keyboard. Physical and on-screen, this underrated human interface device (HID) has literally pivoted computing into the astral plane.

Unfortunately, despite the clear benefits of having a great keyboard which you’ll furiously be tapping away at every time you power on a computer, many people don’t think to invest in getting the very best.

Sure, you still have that cheap keyboard that came with the computer. But is it worth getting arthritis for? After all, we are increasingly spending most of our lives glued to our computer screens. I think not.

Types of computer keyboard on the market today comprise the original wired keyboard and the Wireless keyboards. The latter do away with the wires and come in two flavors: Bluetooth and RF (WiFi). Both types come with their pros and cons as we are about to find out. 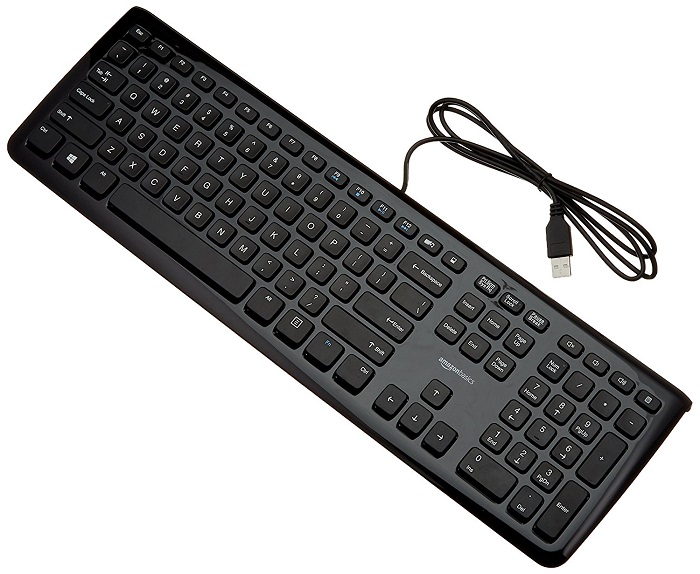 These two types of computer keyboard actually go neck and neck when pitted against each other. Each has its own unique attributes which endear users. Wired USB keyboards are everywhere, so much so that we don’t give them much thought. We just use them by default, the same way we use 5400 RPM hard drives that ship with our computers as it’s what’s there already. Below are some the reasons they differ:

Clutter/Mobility [1-0]: The most obvious relief you get once you cut the umbilical cord attaching your wired keyboard to your computer is a clutter-free workspace. Say bye-bye to entanglements exacerbated by even more wires for those who also own wired mice. An added bonus is the extra reach a wireless keyboard has on its wired cousin. The mobility means that you don’t always have to be within striking distance of your PC to get any work done.

USB ports [2-0]: Save the case of built-in keyboards on laptops, a wired keyboard decommissions at least one USB port at all times. The addition of a wired mouse will take that two USB ports gone before you even get started. This doesn’t leave much room for plugging in other peripherals you might require in your line of work. A wireless Bluetooth keyboard wallops its wireless RF cousin along with the wired USB variant hands down.

Lag/Latency [3-1]: You’ll soon get acquainted with by words such as lag and latency if you frequent gamer forums. These two are a big deal where split-second reactions are a matter of life and death (or one of many lives). In this round, we’ll call a tie with the wired USB keyboard. Cheaper wireless keyboards are often not up to scratch when it comes to latency and lag. Many commentators in forums though are often feeding on old expired info-dumps, but sorry to break it to you, the new-age wireless keyboards, for the most part, have no noticeable lag, as far as we can tell. Technology has come a long way and this is one aspect it has shone a glorious light. For this reason, each gets a point. Hurrah!

Interference [3-2]: Most wireless RF keyboards use a radio frequency of 2.4GHz same as wireless mice and other various devices. At some point, there’s bound to be some interference. The same thing applies to Bluetooth keyboards. While a rarity, it can’t be ignored when it does happen. A wired keyboard faces no such limitation. This once-in-a-blue-moon interference shouldn’t be an issue for regular wireless keyboard users. But to a gamer, that’s second after second of eternal agony.

Power Usage/Batteries [3-3]: Any wireless device requires a power source as we very well know. This can be in the form of rechargeable/non-rechargeable batteries. A simple act such as recharging a wireless keyboard can become a chore especially if you’re as forgetful as I am. As for non-rechargeable batteries, those are just darn annoying. What’s to stop me from going mental and hurling the offending wireless board when it runs out of batteries when I need it most? At this point, wired keyboards don’t even need to up their game to properly woo me back.

Cost/Price [4-4]: Wired keyboards are dirt cheap, same as wired computer mice. After all, computer manufacturers have to draw a line somewhere and they do depend on you using their devices. However, wireless keyboards are fast catching up, that the prices won’t be much different for entry-level keyboards. However, as is the way of the world, quality improves greatly once you get device manufacturers to smile their way to the bank. Looking to get a good computer keyboard? Remit some money and whether wired or wireless and you’ll experience true artisanship. 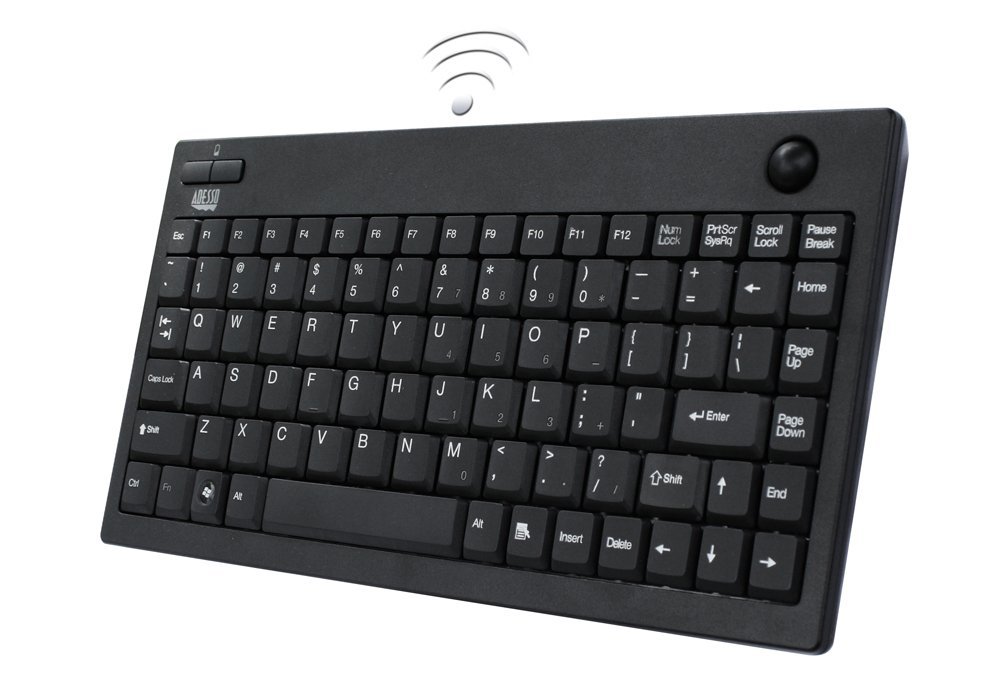 RF which stands for Radio Frequency uses, well…you guessed it…radio frequencies to transmit information between an RF computer keyboard and the computer. And guess what? So does a Bluetooth keyboard. The only difference is that Bluetooth is a proprietary technology overseen by the SIG group. Let’s have a look at how they fare against each other:

Lag/Latency [1-0]: Fierce debates have raged in Keyboard and Mouse forums as to which technology is best suited for wireless devices. It appears that RF wireless keyboards have a slight edge when it comes to lag and latency. A Bluetooth keyboard takes a little while longer to connect to the PC on startup, might have some trouble waking up from sleep and remaining connected to the PC.

USB ports [1-1]: An RF wireless keyboard is no different from the wired variant in this regard. Both take up a USB port full time, and in this case, with an RF receiver. Much as they get rid of clutter and enhance mobility, they still decommission one USB port for good.

Power Usage [2-1]: It’s popular belief that as Bluetooth requires two-way communication, a Bluetooth keyboard has to stay ON for longer spells to maintain a connection. This consumes more battery power than its RF counterpart. Some cheaper Bluetooth keyboards might have trouble waking up from sleep or remaining paired with your computer. The newer Bluetooth 4 standard has upended this annoyance by introducing low emission designed for low energy and latency.

Interference [3-2]: Despite them being different technologies, both RF and Bluetooth keyboards use a radio frequency which enables them to connect to other devices. The 2.4GHz frequency is also what baby monitors, microwaves, name it use. Why, you ask? Because it’s free! And yeah, at some point, somebody will step on another’s toes. On the whole, these devices play nice, but you might experience some interference at some point.

Cost implications: [4-2]: As stated earlier, Bluetooth is a proprietary technology. Its use requires a certain amount of kickback to the SIG group which group ensures set standards and all that. RF, on the other hand, is in the public domain. For that reason, RF keyboards tend to be much cheaper from the onset. However, Bluetooth is fast catching up with competitive pricing to upend the status quo. A quick search on Amazon will show that the prices of those RF and Bluetooth keyboards are roughly the same as of writing this post.