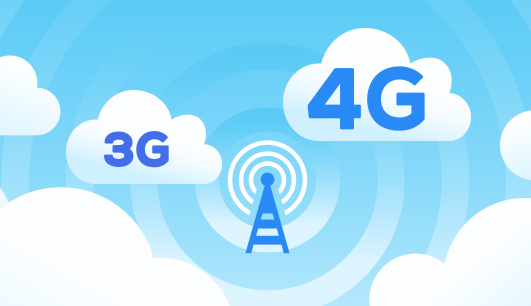 In the modern set up, internet has become one of the basic utilities alongside water and electricity. With the prevalence and penetration of smartphones and other connected devices, so has mobile internet technology. 2G, 3G and now 4G are terms that have been floating around. They describe the Generation of wireless network colocation connectivity. So 3G or 4G, which one mode should you be on? What are the pros and cons of each?

In the most basic of definitions, 3G and 4G represent the third and fourth generations of mobile broadband internet. With each advancement in mobile internet connectivity, a substantial increment in internet speeds is expected.  Ideally therefore, provided that you are on the same carrier, a 4G connection should be faster than a 3G one.

So 4G is the newer of the two technologies, so I should be connected to 4G on my phone, right? Well, there are always two sides of the story so let us look explore.

Of course, the biggest advantage of 4G over any other previous gen infrastructure is the upgrades in speeds. Wider coverage and better indoors reception on the 700MHz band is also a plus to the newer platform.

In essence, this is a choice you may not have to make. If you don’t own a 4G enabled handset, you are stuck with 3G. If you own a compatible 4G device, you will automatically be switched back and forth between 3G and 4G depending on network strength.

However, 4G is clearly the option to go for. It is much newer so a lot more future proof. If you have a compatible 4G device and you don’t mind the quicker battery drains, you should totally be on 4G. You should be careful though, 4G is much much faster than 3G and therefore you’ll be running out of data bundles or hitting your data caps faster.

One thought on “3G or 4G LTE? Which network mode should you choose on your phone?”