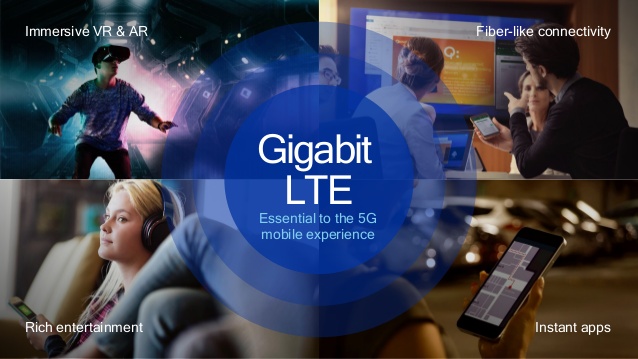 One of the coolest feats of wizardry in the smash global blockbuster Black Panther was the scene where Shuri, King T’Challa’s sister and resident tech guru in Wakanda remotely controls a vehicle Black Panther is riding atop of in Seoul, South Korea.

A quick calculation places mythical Wakanda some 10,000 kilometres from Seoul, which is quite the distance. So then, just how possible is that with our current internet speeds? While we don’t know what kind of tech Wakandans use on the daily, the rest of the world considers 4G LTE to be as fast as it gets as we wait for 5G to blow our minds. As of now, 5G is something of a long-term goal, but as we wait for that, there’s Gigabit LTE to console ourselves with.

So what is Gigabit LTE?

Naturally, real-world download speeds could be anywhere between 100Mbps to 600Mbps. For comparison, we recently carried out a basic internet speed test among mobile networks in Uganda and the fastest we got was a modest 50 Mbps. And that’s sporadic at best. Celebrate if you can count on a stable 2-5 Mbps, as that’s more than most internet users get.

Gigabit LTE heralds a new age of mobile connectivity. Next-gen technology such as cloud computing, an immersive VR experience, streaming YouTube, Netflix, especially in 4K, and more will demand faster internet at the speeds of Gigabit LTE and later 5G once it gains mass adoption. Such speeds are what you get with a fibre connection, but nothing beats mobility.

Who can get Gigabit LTE signals? 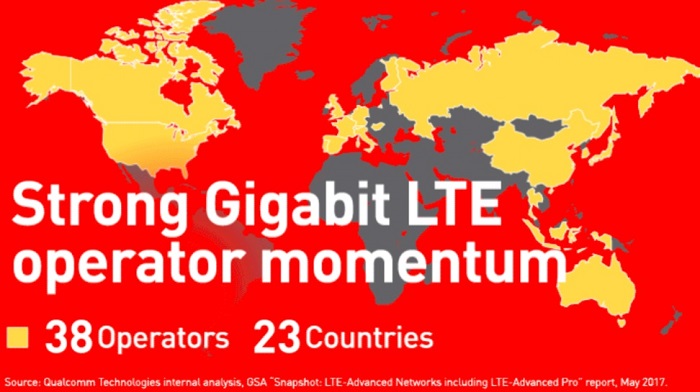 As mentioned earlier, Qualcomm is at the centre of this push for Gigabit LTE adoption. As Africa is somewhat behind the times, 4G itself is still a new technology in many parts. The likes of Safaricom, MTN, Airtel, Vodafone/Vodacom and other mobile network operators made serious infrastructural investment laying the framework for 4G connectivity. 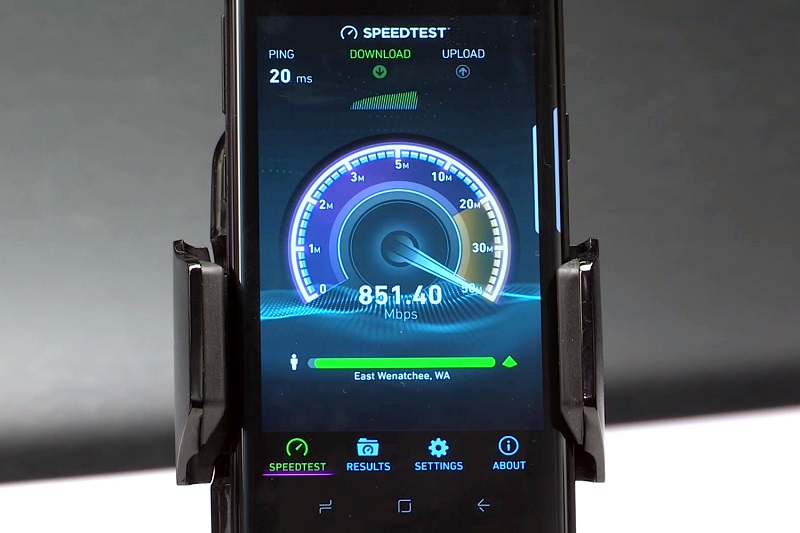 But infrastructural support is just one side of the coin. Let’s backtrack a bit here. To get connected to the much-touted 4G network, one needs a smartphone that can pick 4G signals otherwise 3G is all you’ll get. We have written about how to know if your device is 4G LTE enabled, so click on that if in doubt. Now the same applies to Gigabit LTE. Once the mobile network operator box has been ticked, we need to check up on the smartphone devices. 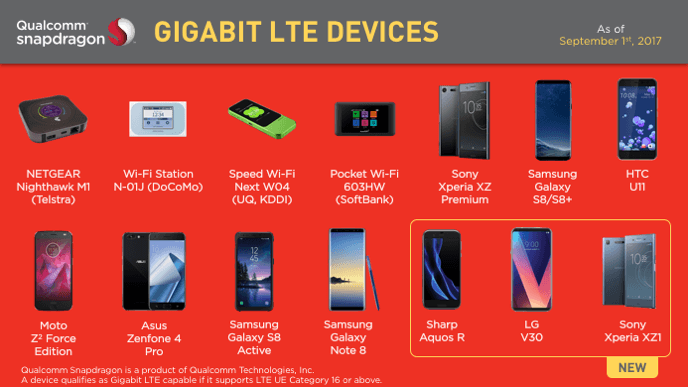 Only a handful of smartphones can tap Gigabit LTE at the moment, starting with Samsung S8 and S8 Active. Others include Samsung Galaxy Note 8, Moto Z2 Force, HTC U11, Sony Xperia XZ Premium & Z21, Essential PH-1, LG V30 and a few more.

All these phones have something in common, in that they sport Qualcomm’s Snapdragon 835 processor. Good news for device manufacturers who don’t use Snapdragon processors is that Qualcomm also separately sells the X16 Gigabit LTE chip which ought to give them the same superpower to even the playing field.

The Tech behind Gigabit LTE 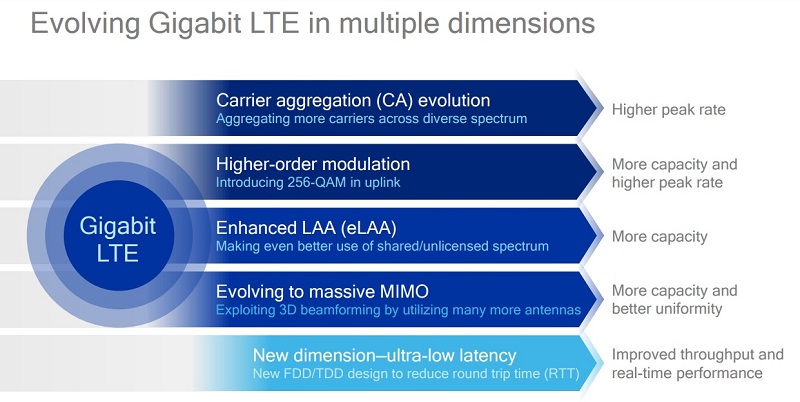 As you are starting to realise, Gigabit LTE literally requires the stars to align, or you could say, various technologies to work in concert. We will use a number of technical terms here i.e QAM, MIMO and CA. Not to worry, as we won’t bore overmuch with the gory details. As mentioned earlier, you need Gigabit LTE smartphones and also a mobile network operator with the right infrastructure. Let’s dive a bit deeper here.

Certain technologies are cranked up a notch or two to achieve these uber-fast speeds we are going on about. One of them is Carrier Aggregation (CA). By this we mean simultaneously using multiple 20 MHz LTE signals from different bands i.e. 1800 MHz and 2100 MHz, as one big network to increase overall speeds and minimise congestion.

Related post: 4G LTE Vs 5G: Improved speed and battery will define the next get mobile network

A Gigabit LTE-capable smartphone also comes with four physical antennas built into the device to support up to 4 x 4 MIMO. MIMO stands for Multiple-Input and Multiple-Output.  4 x 4 MIMO simultaneously transmits and receives data from four antennas baked into a device. The four antennas can help boost the signal even in areas with poor reception, while drastically increasing the transfer speeds and maintaining reliability.

Last on the list in QAM or Quadrature Amplitude Modulation. That’s not as complex as it might seem. Think of the FM in FM radio which stands for Frequency Modulation. QAM is an advanced form of encoding or digital modulation that crams more bits into a transmission, the higher the figure. For instance, 256-QAM is implemented in Gigabit LTE for speeds of 100 Mbps per network stream. Ten of those streams achieves a throughput of 1 Gbps.

Gigabit LTE makes use of 256-QAN digital modulation to cram more bits per transmission. The 4 x 4 MIMO technology receives data on a maximum of four antennas simultaneously, and it also supports up to 4 x 20 MHz networks using Carrier Aggregation.

Is there anything we have left out?

So then, in a nutshell, that’s what makes Gigabit LTE tick. A few flagships by major brands already have Gigabit LTE but the Snapdragon X16 Gigabit LTE modem can be bought separately from the Snapdragon 835 processor. So other device manufacturers will jump on board with their next releases. With all those stars aligned, you might be able to commandeer your own car from half-way across the world.

2 thoughts on “Gigabit LTE: Superfast mobile internet and how you can get it.”