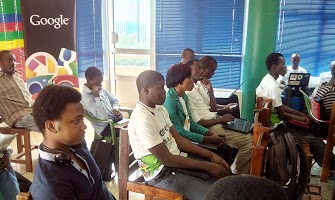 The submission for the second round of Africa Android Challenge started on 26 May 2013 and will go on until June 15, 2013. Winners will be announced by June 20, 2013 and from September 15, 2013 the winners will travel (all-expenses-paid) to the Android/Google Developer Group community event.

The first round of Africa Android Challenge (AAC) led to a big number of events across the African continent as various countries celebrated and congratulated the teams behind the winning apps in their respective countries. The GDG Barcamps were organized on 27th April and 4th May in most participating countries.

Round one of the AAC was dominated by apps in the productivity and travel categories indicating a growing interest among developers in capturing the attention of businesses. Such apps include Nigeria’s TrackMyCash, Kenya’s EziBizDocs, Cameroon’s Task Reminder and Benin’s Market List in the productivity category. The travel category had the most interesting winning apps such as BodaPay from Uganda, RydShare Kenya from Kenya, Travel Guide from Tunisia, MobiTours from DR Congo and Sani-Locator from Malawi.

In Uganda, GDG BarCamp Kampala took place on 10 May 2013 at +Outbox. Out of the eight submissions from Uganda  BodaPay a mobile app that helps its users estimate the cost of their intended journed while using public means in Kampala emerged winner followed by Sms2Audio, an application which converts incoming text messages to audio automatically.

BodaPay was developed by a team of members including +daniel ogwok, Micheal Tukei, Enos Wakoko and John Biretwa while Sms2Audio was developed by +George Machibya.The team behind BodaPay received onetouch Evo 7HD, a tablet from Alcatel onetouch and +George Machibya got a phone that he received after the event. GDG BarCamp Kampala included delegations from +GDG Busitema, +GDG Mbale and +GDG Makerere.

It’s time to tidy up that project you’ve been working on, fine tune it and enter your submission for the competitions. If it’s anything to go by, the winning categories for round one are likely to dominate again though it’s advisable to develop solutions where you have a good understanding of the market and user needs.

AAC is sponsored by Alcatel onetouch, Google and JCertif  and organized by various hosts in their respective countries. A full list of winners from round one is available on the AAC website.