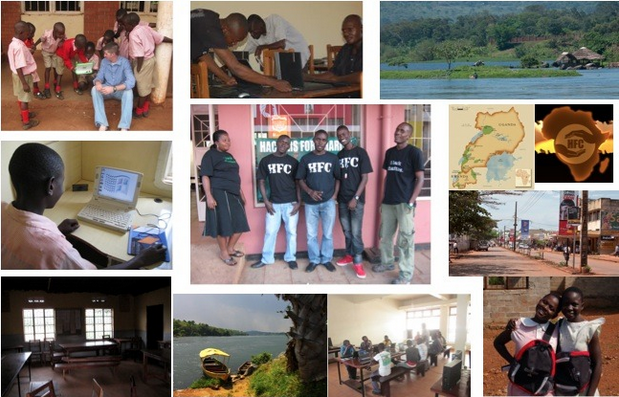 “Hackers in Uganda”,  the story of a group of humanitarian computer hackers providing technological education and services in Uganda secured more than their initial stated amount on their Kickstarter campaign — they got $16,145(from $15,000) about UGX 40M from 137 backers on the campaign that concluded on 5th May 2013.

It started back in 2009,when a group of computer hackers and benevolent technology enthusiasts under the umbrella organisation Hackers For Charity(HFC) set up a tuition free computer school and internet café in Jinja, Uganda. This has since helped in empowering the locals with hardware and software skills vital for economic development. HFC’s work stretches from computer education to widespread equipment of computers, free maintenance and administration to non-partisan organisation that may need such facilities to enhance their service delivery. All this is done free of charge.

Documentarian Jeremy Zerechak first became familiar with HFC while immersing himself into computer hacker culture during the filming of CODE 2600, his most recent award-winning, feature-length documentary. Since then, he has been maintaining regular contact with the organization’s founder, Johnny Long, his wife, Jen, and staff members Sam Kinch and Glenn Eccard for the past few months.

While HFC is greatly revered by peers in the hacker community, little is known of its humanitarian activities. The onus is unto Jeremy to document HFC’s operations in Uganda and their effects. This documentary will raise implicit questions about the role and implications of international humanitarian aid in the non-Western world. HFC seems to afford real, tangible benefits to those who are willing to take advantage of the charity’s computer training classes.

Editor’s note: The film shooting is slated for July 2013 around Jinja town.More information can be read from Jeremy Zerechak’s Kickstarter campaign here.