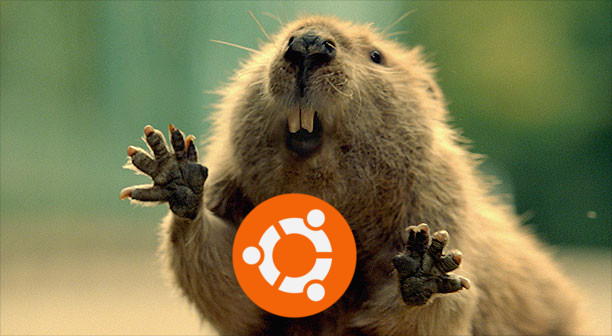 Ubuntu so far is the darling of Linux, the poster child of open source software and the embodiment of true digital freedom. A free operating system unlike Windows or Mac OS which respects your privacy and freedom while being user friendly and productive. Now if you have no idea what Ubuntu is, it means “compassion and humanity”. Ubuntu has its roots in humanist African philosophy, where the idea of community is one of the building blocks of society according to the theguardian.com.

With the release of the latest Long-term version 18.04 announced yesterday 26 April 2018, Ubuntu continues its long tradition of delivering simplicity, elegance and freedom since its debut in October 2004 with Ubuntu 6.06. Continuing its tradition of naming its operating system version after animals, 18.04 LTS is named after the Beaver.

The Beaver  is a large, primarily nocturnal, semiaquatic rodent. Beavers are known for building dams, canals, and lodges (homes). They are the second-largest rodent in the world (after the capybara). Bionic on the other hand an adjective meaning to have or use an artificial, typically electromechanical, body part.

Other changes that have landed on the Ubuntu universe if you have not been following are 32-bit installer images are no longer provided for Ubuntu Desktop. Then  Ubuntu Desktop now uses GNOME instead of the iconic Unity desktop. This switch particularly pissed off a number of Ubuntu diehard who had got used to the Unity environment. Canonical, the commercial company behind Ubuntu has also been heavily criticized for ditching its Ubuntu convergence plans which sought to unify Ubuntu on Desktop, mobile and tablet.

To upgrade on a desktop system: